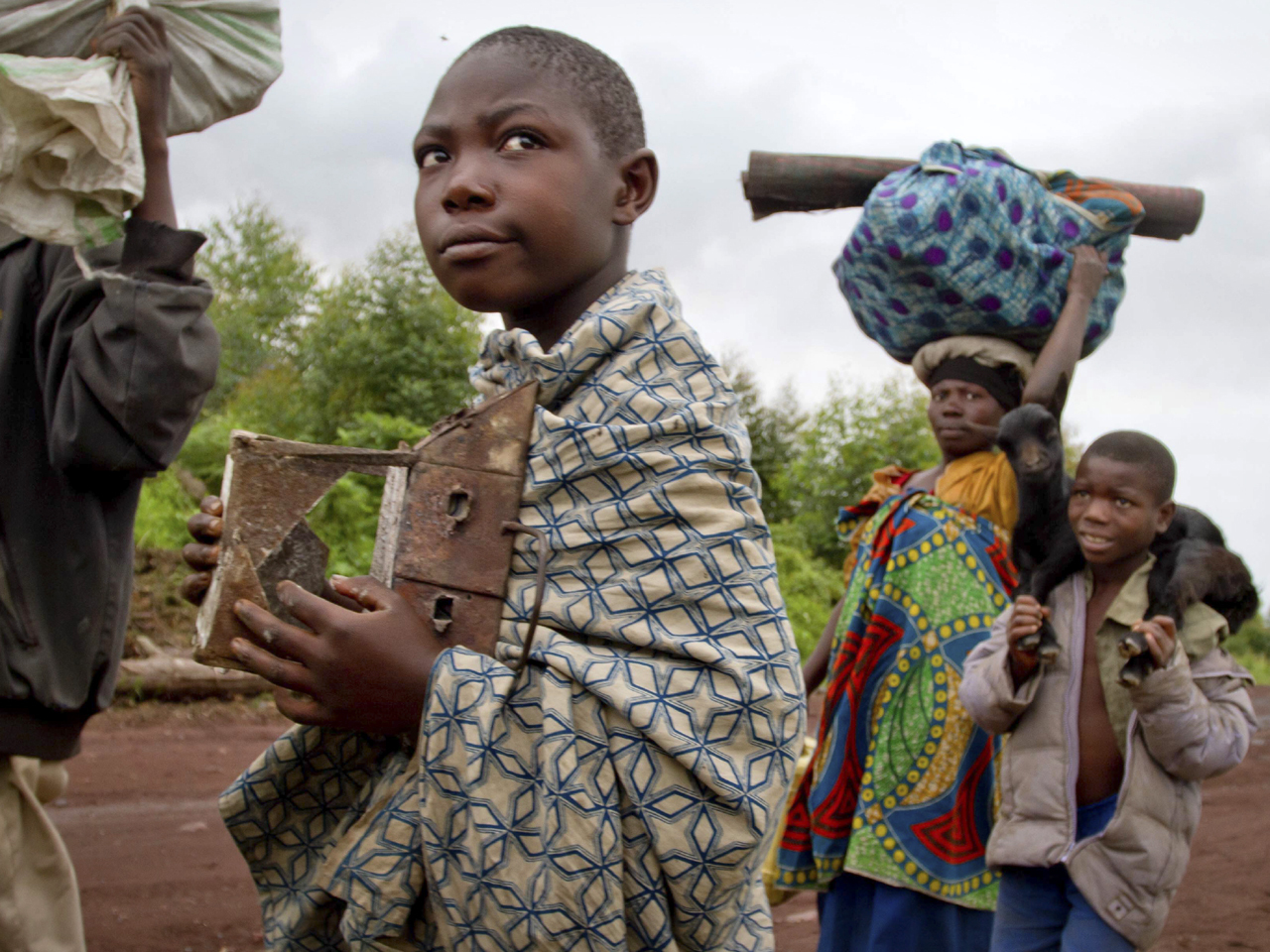 (AP) DAKAR, Senegal - A Congolese general already sought on an international arrest warrant for his alleged use of child soldiers during an earlier conflict has forcibly recruited another 149 boys and teenagers since April, according to a Human Rights Watch investigation published Wednesday.

The children and teens were abducted from their homes, their schools, from fields and the sides of roads in eastern Congo. They were beaten if they resisted, complained or walked too slowly, according to the report.

Several of the boys said that once they joined the ranks, they were forced to walk in front so that they would be the first to be ambushed or shot at.

Once a feared warlord, Bosco Ntaganda joined the Congolese army in 2009 as a general following a peace deal that paved the way for him and his men to be integrated into the military. He was allowed to live freely in the provincial capital of Goma, where he played tennis and dined at top restaurants despite an International Criminal Court indictment for war crimes allegedly committed by troops under his command in 2003, including the forced recruitment of children.

Last month, however, the agreement between the former warlord and the Congolese government disintegrated, and he and his troops defected.

He is believed to be the force behind a new rebel group which is now fighting the Congolese government in the district of Masisi in Congo's wild east, a zone of thick jungle cut by skinny trails.

New York-based Human Rights Watch estimates that between 300 and 600 soldiers followed Ntaganda in his mutiny. Since mid-April, they have forcibly recruited another 149 boys and young men ranging in age between 12 and 20.

"Bosco Ntaganda is once again committing the very crimes against children for which the Hague-based ICC has been demanding his arrest," said Anneke Van Woudenberg, senior Africa researcher at Human Rights Watch.

According to interviews with witnesses, Ntaganda and fighters under his command told those living in towns under their control that they needed children to replenish their ranks.

One woman from the locality of Birambizo told Human Rights Watch that Ntaganda came to her village and said, "Since (villagers) have been with the government, you've gotten nothing. Why not join me?" The woman said: "(Ntaganda) asked us to give our children, our students, to him to fight. He came to our village himself, like (detained rebel leader Laurent) Nkunda used to do. But we refused and said our children should go to school."

Soon after, the fighters returned to take the children by force. Some were hastily given military training, but the majority were used to porter weapons and supplies to front-line positions, said the report.

A 16-year-old boy who was abducted on May 4 from the village of Nturo along with his 13-year-old brother told Human Rights Watch that he was forced to carry a heavy box of ammunition through the rough terrain.

"I was with a group of four others and we were all my age or younger," he said after he managed to escape. "We were so tired and hungry and we wanted to stop, but the soldiers wouldn't let us. They gave us nothing to eat or drink. They beat us whenever we stopped walking. I know others in the group ahead and behind me were also suffering, because I could hear them crying."

The Congolese military launched an operation on April 29 in an effort to flush Ntaganda and his men out of the bush. The United Nations estimates that at least 45,000 people have since fled their homes due to the fighting, including across the border into Rwanda.

Human Rights Watch cites a confidential U.N. report which noted that among the refugees who had arrived by May 1 at the Nkamira Transit Centre near the Rwandan border town of Gisenyi, a "significant number (were) young single males" between the ages of 16 to 25. They told officials that "fear of recruitment into militia groups (was) their predominant reason for flight."

Ntaganda has been sought by the ICC since 2006 for war crimes, including the use of child soldiers in active combat in 2002 and 2003 in the Congolese district of Ituri, where he led another armed group. It was only after his defection from the army in April that Congolese President Joseph Kabila made a speech suggesting that the Congolese government would consider arresting Ntaganda, reversing years of refusal to do so on the grounds that Ntaganda was necessary for the peace process.

This week, the chief prosecutor of the ICC announced that he is seeking an expanded indictment against Ntaganda, which will include additional charges for murder, persecution based on ethnic grounds, rape, sexual slavery, and pillaging in connection with his activities in Ituri in 2002 and 2003.Government spokesman Lambert Mende told The Associated Press on Wednesday that he was not surprised by the findings of Human Rights Watch.

"We are aware of Ntaganda's efforts to recruit not only children but also adults into his movement against our country, and it's why we are hunting him down. So we've learned nothing new from the HRW report," he said.

He added that the military is actively seeking the ex-general. "We need to bring peace to our country and put an end to the adventures of people like Ntaganda. It's why we are seeking to arrest him."

However, Mende said Congo would not turn over Ntaganda to the ICC, saying it's up to the Congolese courts to judge him.