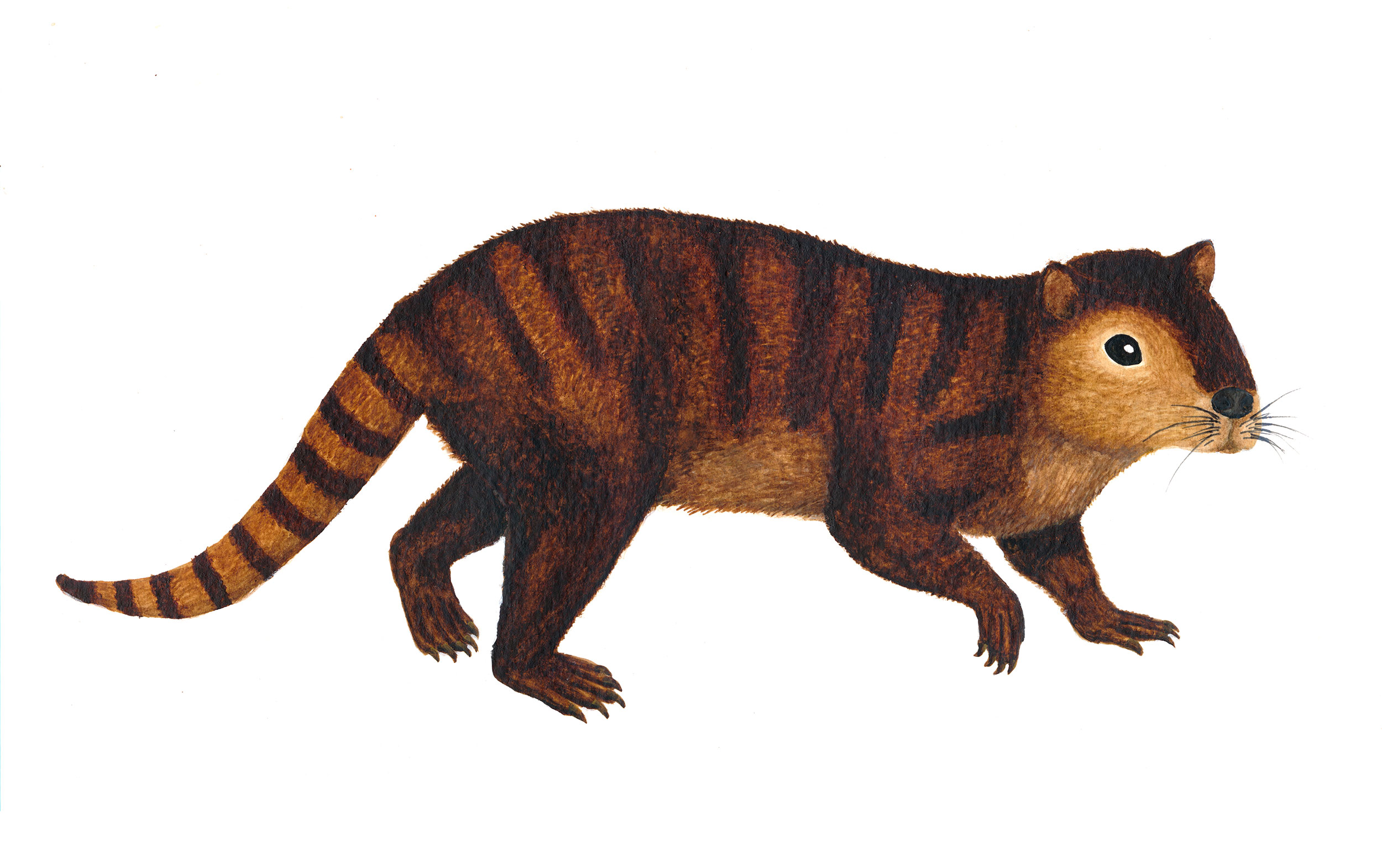 How did a 3-foot-long, furry, plant-loving beaver-like animal with buckteeth outlive the dinosaurs? New fossil remains found in New Mexico provide scientists with some important clues.

"It's interesting that this odd, now extinct group, was among the few to survive the mass extinction and thrive in the aftermath," said Thomas Williamson of the New Mexico Museum of Natural History and Science, who led research that appeared Monday in the Zoological Journal of the Linnean Society. "It may be because they were among the few mammals that were already well-suited to eating plants when the extinction came."

Kimbetopsalis simmonsae, which originated some 100 million years before dinosaurs became extinct and went on to spread throughout what is now Asia and North America, stood out for having strange and complex teeth. Their sharp incisors and molars with lots of cusps were suited to their diet of plants and leaves that were common in the lush environment of forests, rivers and lakes where they lived.

"Finding this new mammal was a pleasant surprise. It helps fill an important gap in the record of this group of mammals," he said.

The fossil itself dates to about 500,000 years after the extinction of the dinosaurs.

University of Edinburgh's Steve Brusatte, who took part in the research on the fossil, agreed their varied diet helped them survive what many scientists believe was the impact of an asteroid that sparked a series of "apocalyptic environmental changes" that led to dinosaurs extinction about 66 million years ago.

"It's hard to know exactly why, but it seems like mammals that were small and had more generalist diets were better able to endure the apocalypse caused by the asteroid impact," he told CBS News. "And then as the dust settled, these plucky survivors very quickly began to diversify after the dinosaurs were cleared out."

The group finally died out some 35 million years ago and was replaced by emerging rodents. Scientists say it is unclear why the animals - known as multituberculates - were superseded, but it may be because rodents were smarter, grew more quickly, or reproduced faster, giving them an edge in competing for resources.

"The first rodents appear in the fossil record about 10 million years after Kimbetopsalis lived," Brusatte said. "And then rodents really seem to proliferate while these more primitive multituberculate mammals whittled away to extinction. Rodents probably grew faster and were smarter than multitubercualtes, so maybe they outcompeted them."

"It helps us better understand which multituberculates were able to survive and then thrive after the dinosaur extinction. This new mammal lived only a few hundred thousand years after the asteroid impact. It is larger (at 2-3 feet long and 10-30 kilograms) than most, if not all, mammals that lived alongside the dinosaurs," Brusatte said.

"It also ate plants, a diet that very few mammals enjoyed while living alongside the dinosaurs," he continued. "So it tells us that very quickly after the dinosaur extinction, the surviving mammals started to diversify, get bigger, evolve new diets and behaviors, and begin that march to dominance that continues today, as we live in a world full of mammals."