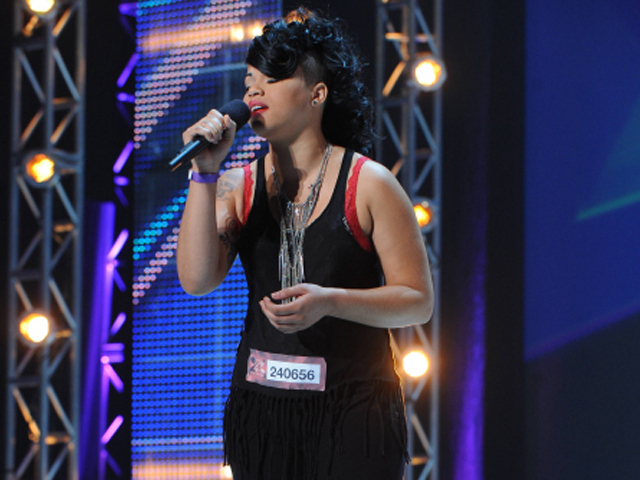 (CBS/AP) GREENSBORO, N.C. - When Simon Cowell gives a contestant a rare second chance, it's best not to respond with a tantrum. Nineteen-year-old Krysten Colon tried out for "The X Factor" with an Adele song, but Cowell,who has a no-Adele rule, told her to come back with another song.

Unfortunately, she chose a Whitney Houston song and Cowell in the past has had trouble with singers who cover Houston. As Colon was singing the second time, lightning struck and the stage lights went out. Cowell says there was a reason that happened.

The judges told Colon no. She swore as she left the stage, threw water at a camera and was about to throw a chair when security intervened.

Who did the judges like? Jeffrey Gutt, a single dad with a rock edge; Willie Jones, a black teenager who sings country music; and Julia Bullock, who said her band would break up if she advanced. She did.