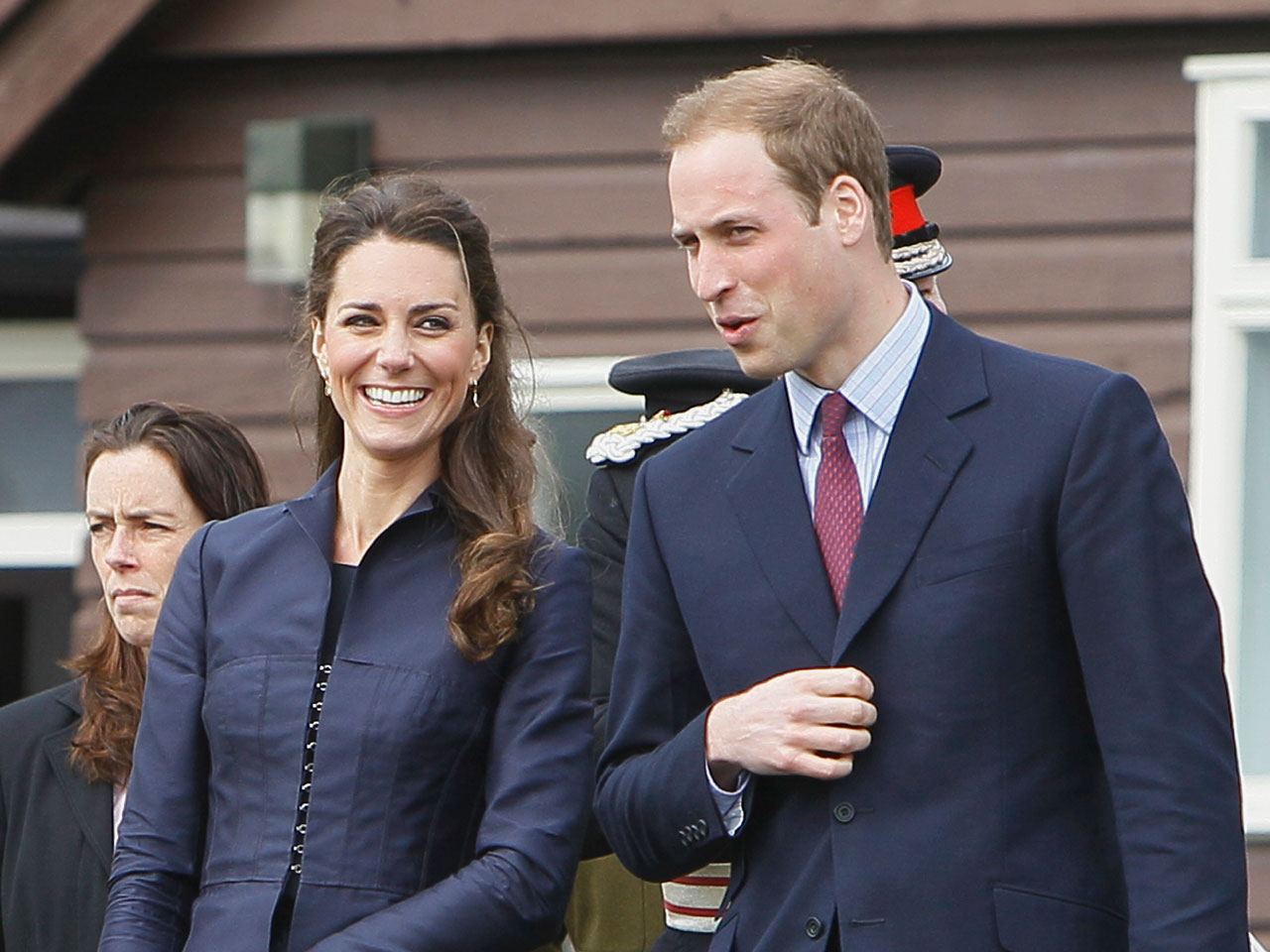 I have just returned to London after a soggy 24 hours in Darwen, Lancashire, and while I feel like I've been beaten up by the weather, I also feel as though we are nearing the crest of the royal roller coaster. With 18 days and counting till the royal wedding - April 29th, in case you've had your head buried in the sand - today was significant in more ways than one.

I was in Lancashire, along with the rest of the royal rat pack, to cover William and Kate's last stop on their goodwill tour of the four home nations. We've seen them christen a lifeboat in Wales, visit their alma mater in Scotland, flip pancakes in Northern Ireland and with their last stop in Northern England, they braved the elements to open a community academy and launch an award scheme.

As I have come to expect from royal engagements, the rain poured, the wind blew, and I along with my fellow intrepid royal watchers took solace in the competition's misery. While our hair got frizzier, our socks squelchier and our cameramen grumpier, Kate mingled with the crowds, every inch the glorious princess, and if anyone was in doubt, there's no question we have a winner on our hands.

William has trained his whole life for his role within the royal family, and Kate has taken to it as if she was born to do it. Crowds who waited in the interminable rain for hours were ecstatic to have caught a glimpse of Britain's top twosome, and there was an overwhelming sense of excitement and anticipation as we waited for the royal cars to pull up.

Today was the last chance to see William and Kate out and about before the wedding, and it was great to see them go out in a small town that is big on patriotic pride. Everywhere you looked flags flew from the windows. Reams of school children waved Union Jacks three times bigger than their little bodies, and the more it rained, the more people showed up in the hopes of a moment with the bride and groom.

Post wedding, we won't see much of Will and Kate. They will retreat to Anglesey, North Wales, where William will continue with the RAF Search and Rescue team. They will pop out for the odd royal engagement, but it will be a while before we see them take on a full royal schedule. That said, it's been fantastic to see them hit all four corners of the United Kingdom, and while they'll be bringing the world to a standstill in just over two weeks time, it'll give us all a chance to wish them well. Hopefully, we could take a leaf out of Darwen's book and make sure there's a patriotic flag hanging from every window in the country.