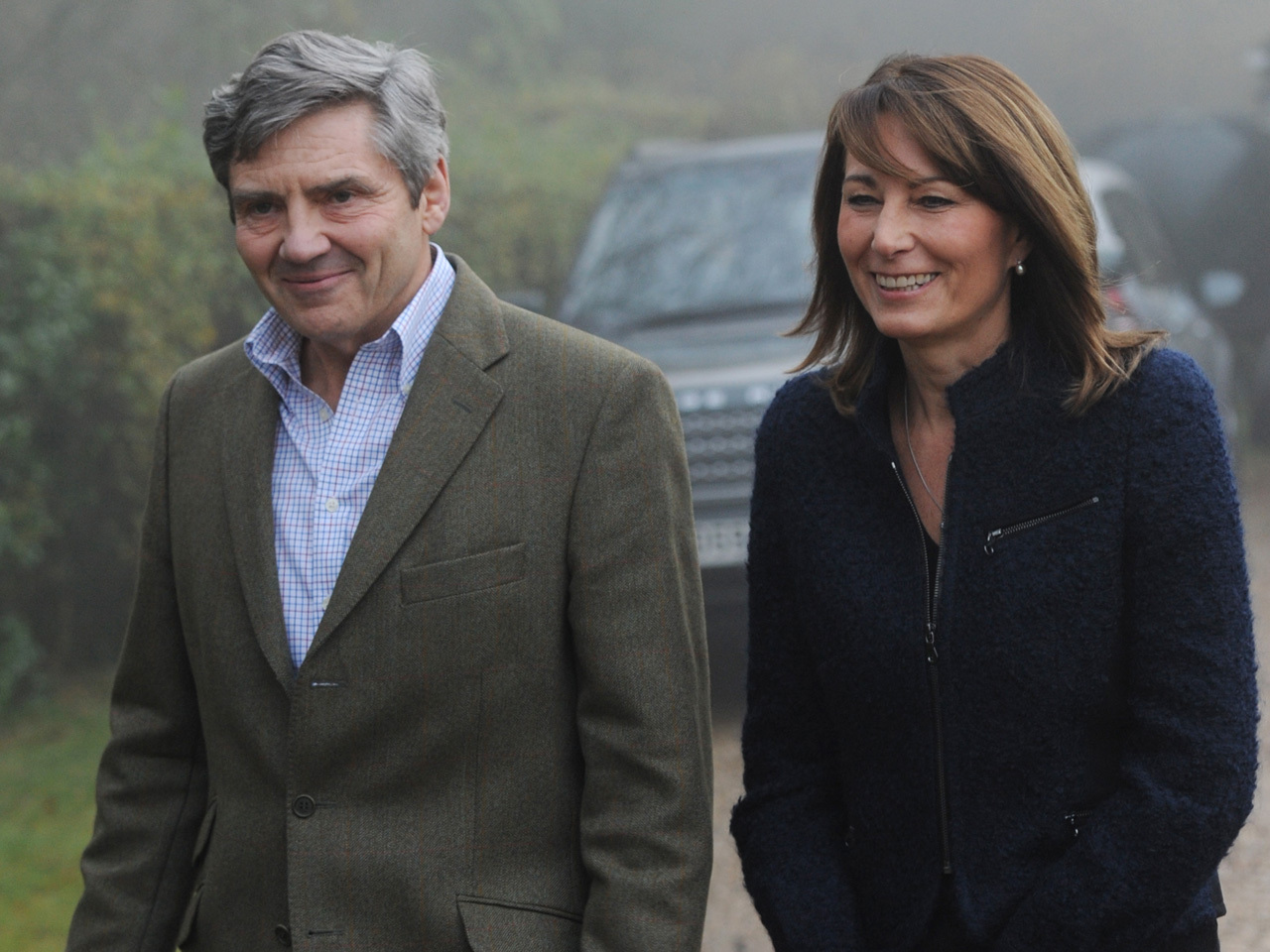 Uh-oh, it looks like Carole Middleton, the mother-of-the-bride, might have gotten her knickers in a twist. I've been a supporter of Carole since day one and I have to say I can't imagine how trying the last few months have been. However, if recent reports of her behavior are to be believed, it may be that Carole's not handling the pressure very well.

Rumor has it that following the engagement announcement she commissioned Lindka Cierach (most famous for making Fergie's wedding dress) to make her dress for the big day. At an occasion such as this, the bride's mother's dress is almost as important as the wedding dress.

After months of fittings, Carole apparently asked Cierach to send the unfinished dress to her house in Bucklebury so that she could show her friends. An odd request when you really think about it and perhaps the first clue that this story may not be entirely accurate. (The British press does, after all, like to pick on Carole.)

As anyone in fashion circles will tell you, it is highly unconventional for any designer to let an unfinished garment leave her studio. Cierach is said to have tried to accommodate Carole's wishes but Carole didn't see it that way. And so, after months of fittings and only a few weeks to go until the wedding, she pulled the commission.

This is said to have left Cierach somewhat "bemused." Irate would be more like it, but according to the published articles she was simply "bemused."

The papers went on to say that the Queen had to be informed of the spat as the Palace is keen to avoid any clashes when it comes to wedding outfits. It simply wouldn't do to turn up in something similar to the Queen, even if you are the MOB.

Carole has since been spotted outside Alice Temperley's London studio, so it's entirely possible that she has been asked to whip something together in time for the big day. Designers are clamoring to be associated with the most publicized event in decades, so no doubt Temperley will have jumped at the chance and we're just going to have to wait until April 29 to see what Carole picked.

All this really did get me thinking about what this whole wedding lead-up will have been like for Carole Middleton. Many mothers dream of planning their daughter's wedding, especially when it's the first in the family.

Carole, however, has had to relinquish control completely. She is bound by etiquette and protocol. She's had a whole posse of cameras outside her house for months. She can only invite a certain number of friends and those have to include PC guests. On top of it all, the media continues to skewer her.

I think it's time to lay off Carole. Life will never be the same for her again. She has to share her eldest daughter with not only the royal family, but the world, and her first grandchild will be the future king or queen of England. It would be an enormous burden for anyone to bear, so cut her some slack.

At the end of the day, she'll be just like any other mother-of-the-bride: in need of Kleenex as she watches her little girl get married (while two billion people look on). But hopefully, she'll at least be wearing the dress of her dreams.