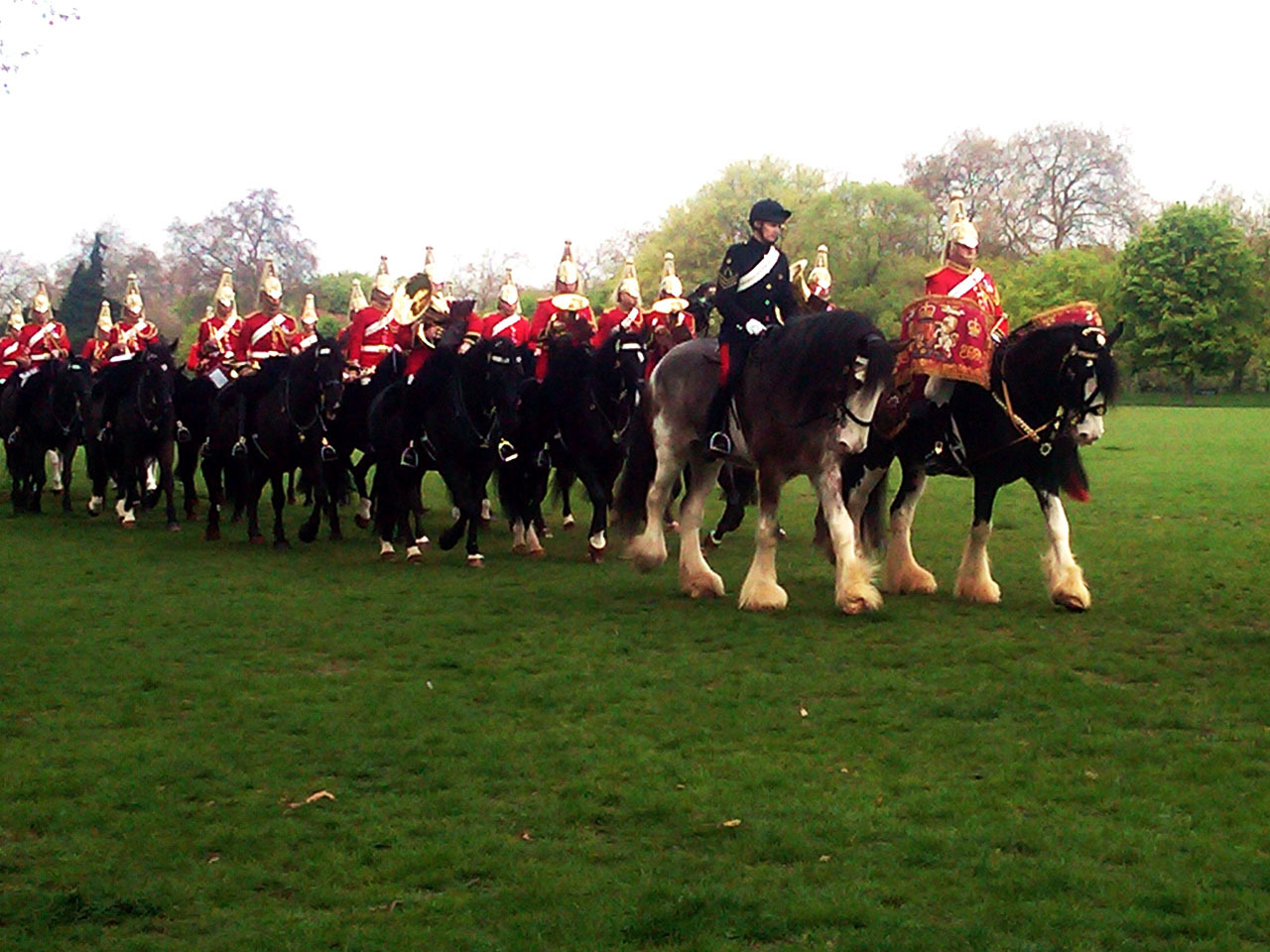 I might just have experienced my favorite day on the royal beat so far and Prince William and Kate Middleton were nowhere to be seen. The Household Cavalry and the Band of the Blues and Royals treated the world's media to a spectacular demonstration of what they do best: pageantry.

All of the usual suspects were in attendance and as we waited huddled together in the cold and the rain, none of us could have possibly anticipated quite what we were about to see.

At 9:45 a.m. the gates to the Knightsbridge Barracks swung open and upwards of 200 cavalry men on horseback rode out to military music. As the horses' hooves kicked up the dust, they kept on coming and I was left positively weak at the knees.

What a sight it was to see them ride out in to Hyde Park! The plumes of the soldiers' headdresses blew in the breeze, their breast plates glinted in the sun and the frisky Irish-bred horses trotted in perfect alignment. You could well imagine what it would have looked like to see them riding out in to battle.

Following the Major General's inspection and approval, I had the opportunity to interview one of the soldiers, Capt. Hanbury-Bateman. As if it weren't enough to have witnessed the ceremony, it was something else to be standing in the shadow of a dashingly handsome officer and I'm embarrassed to say that any journalistic integrity I had left at that point completely dissipated. I bluffed my way through my questions and swooned at his answers. Thankfully he didn't have to pick me up off the floor!

The Household Cavalry was formed to protect King Charles II. It just celebrated its 350th anniversary. However, these are not just handsome men on horseback. They are fighting soldiers, all of whom expect to see combat in either Iraq or Afghanistan over the coming months.

Throughout its history, the Household Cavalry has maintained a very close relationship with the monarchy. April 29, 2011, will be one more chapter in its glorious history.

There is a sense of jubilation in the regiment. The same men we saw ride out will have the honor of escorting Prince William and his new princess back to Buckingham Palace from Westminster Abbey, a journey made all the more sweet as William is a serving member of the Cavalry himself.

In a word, the demonstration was breathtaking. I love a bit of pageantry and it really is one of the things the British do best. It will be dazzling to see the horses ride up the Mall on royal wedding day. For the soldiers, it will be an opportunity to escort one of their own - known simply as William Wales in the barracks - who one day will also be their King.