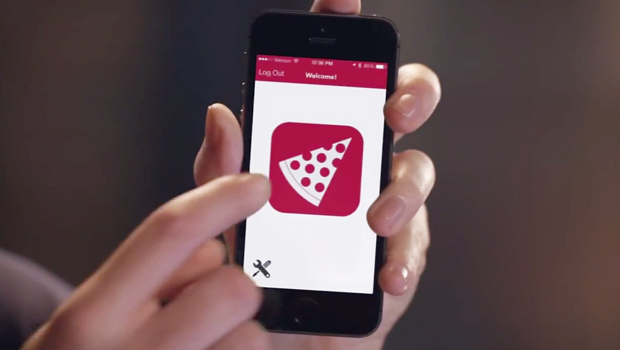 We live in an increasingly "on-demand" world, and all sorts of new businesses are scrambling to get on board. Here's Rita Braver:

For Sean and Kellee Glass, the value of a session with yoga master Adeyoye Mabogunje is not just the workout, but also the fact that they can do it in their own living room.

"It's 30 minutes to go wherever you're gonna go and get ready," said Kellee, "and then it's an hour workout. and then it's a rush to get home and change and shower."

And for $85 -- what they say they'd spend for a similar session at a studio -- they booked it with just a couple of clicks on an app called Veluxe, a fledgling on-demand service in Washington, D.C. Clients set up accounts and then book fitness and beauty services, knowing that anyone sent to their home has undergone a careful background check.

Braver asked, "If somebody said, 'Oh, that's just a service for rich people,' what's your reply to that?"

"We have clients who are teachers, who are legal assistants," said Veluxe founder Susannah Quinn. "And some people will just get it for a special occasion."

In fact, Quinn, a mom and former realtor, says that though Veluxe is still in its start-up phase, when word got out she was deluged with requests from both would-be clients and job applicants.

"People want convenience and they want flexibility," she said. "It's freedom."

And Veluxe is just one of many similar services around the country that are transforming the economy. Call it the Uber effect, for the pioneering app that matches people who have cars and time, with people who need rides quickly, usually at or below taxi prices.

"What Uber did was appeal to that need for immediate transit, said Ray Wang, CEO of Constellation Research. "

Wang has written a new book on digital business, "Disrupting Digital Business: Create an Authentic Experience in the Peer-to-Peer Economy" (Harvard Business Review). "People want things now, they want it at the moment," he said. "We've trained customers to be impulsive, and the fact that mobile technology -- everyone's got a phone -- I think the average individual is within two feet of their phone throughout the day."

So everybody's getting into the act. In a recent "Simpsons" episode, Marge joined one of Uber's competitors, giving rides.

And some hungry teenagers made an app just for ordering pizza.

It seems you could get whatever else you crave. Braver tried the app FetchCoffee. Soon, Tony Chen, who's starting the service in parts of D.C., showed up with a Latte, for $3 over the store price.

Then she summoned Task Rabbit for some handiwork, to change a hard-to-reach lightbulb, and take some books to Goodwill. Cost: $40 for an hour.

And, finally, for less then she pays where she usually has to TAKE her Laundry, a Washio driver came to get it. Actually, she's called a Ninja: "We like to kind of fly under the radar, and make your life as simple and easy as possible," she said.

Of course, If you're in San Francisco needing a dose of medical marijuana, just hit the EAZE app.

And in New York City, Same Ole Line Dudes will hang out and get you that discount theater ticket. But jobs like these are not for workers seeking security and advancement.

"This is an opportunity for people to have work, to get a job that they might not have been able to do," said Wang. "On the other hand, what happens if they don't have a safety net? And that's a societal question that has to be answered."

Still, the Task Rabbit is out of the hat, and we are likely to see many more services that we can summon with the touch of a button.