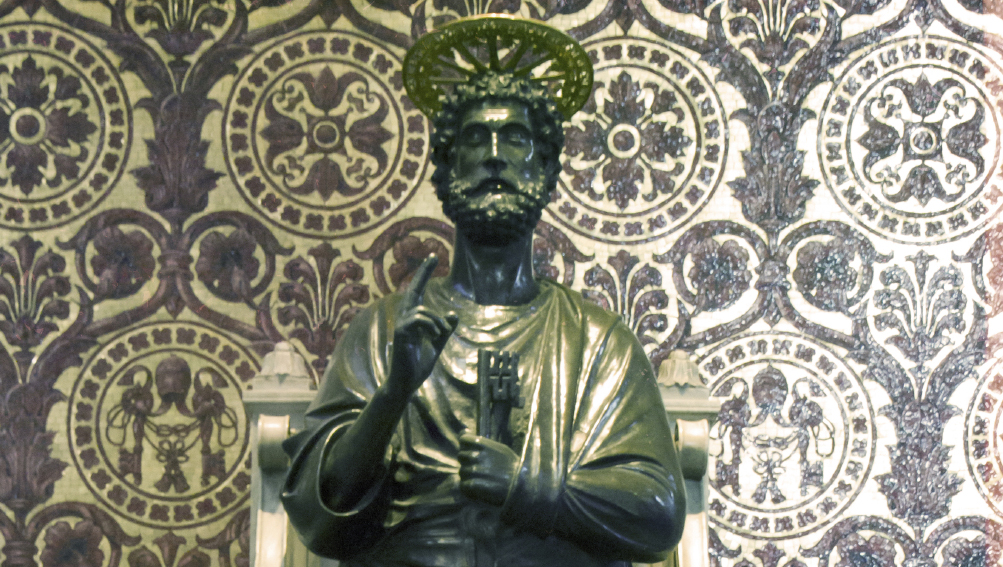 It'll be all eyes on the pope when Francis visits the U.S. next week, and if his past trips are an indication, we're likely to see a whole lot of waving and perhaps a handful of thumbs-up.

But the traditional gesture of papal benediction -- a partially outstretched hand with fourth and little fingers curled inward -- dates back to Biblical times. It has a hallowed history -- and a bizarre beginning.

According to research by anatomy professor Bennett Futterman at the NYIT College of Osteopathic Medicine, the first pope assumed this gesture because a nerve injury prevented him from opening his hand all the way.

Popes have been mimicking the unintended sign ever since.

"Peter, the first pope, had an ulnar nerve injury and everyone copied him," said Futterman, who published a study this month in the journal Clinical Anatomy. "Imitation is a great form of flattery. Out of respect for St. Peter, the other popes followed with that same pattern."

According to Futterman, there has been controversy as to the origin of the blessing gesture, with many saying that it was caused by damage to the median nerve, which runs from the shoulder, through the arm, to the tips of the four fingers. Damage to this nerve makes a person unable to make a fist; the ring and pinky fingers can't bend in, resulting in what orthopedists and anatomy textbooks call "Pope's Hand" or "Hand of Benediction."

But that's misleading, says Futterman, who studied historical and religious statues, paintings and icons -- in addition to using his expertise as a former orthopedic surgeon -- to clear up the confusion.

The assertion that a median nerve injury was at the root of St. Peter's hand position assumes that he was trying to make a fist but couldn't.

"No holy man would ever bless the faithful, a crowd, or followers, by making a fist," Futterman said.

Rather, he would do it with an open hand.

An injury to the ulnar nerve, which runs along the pinky side of the hand, Futterman explained, would provide a better explanation. Ulnar nerve damage prevents a person from extending his fourth and fifth fingers away from the palm.

"The way that Jewish high priests blessed the people is what most would recognize as the Vulcan or 'Spock' gesture," Futterman, said, referring to a flat-handed position made famous by Leonard Nimoy in "Star Trek," in which the pointer and ring fingers are separated into a V shape. According to Futterman's research, early Christians copied the Jewish high priests.

"Later, Peter was trying to do that -- he would have blessed people the way he knew. But if you have an ulnar nerve injury, you can't spread your fingers and you can't extend your pinky and ring finger."