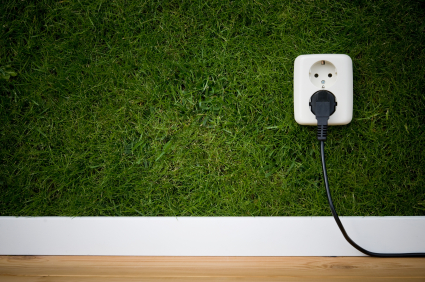 (Editor's note: This article is part of The Coming Job Boom, a BNET series about business trends that are shaping tomorrow's
careers.)

Consider the explosion of jobs created by the rise of the
Internet. Now imagine a series of networks that links even more devices —
including everything in your home that requires power — and you have
the smart grid, or the "mother of all networks" as clean
tech research firm Clean Edge calls it in a recent href="http://www.cleanedge.com/reports/accessReport.php?rp=/reports/reports-jobtrends2009.php&report=JobTrends2009">job
trends report [pdf]. Propelled by regulatory policy initiatives and href="http://www.energy.gov/8216.htm">$3.4 billion in federal stimulus money,
which will help fund 100 smart grid projects, it will also be a major driver of
job creation across occupations.

But what exactly is it? Smart grid is a buzz phrase that
generally refers to digital technologies that will make our antediluvian power
grid more "intelligent" and energy efficient. Most smart
grid activity in the U.S. now involves implementing Advanced Metering
Infrastructure (AMI) — systems that measure and analyze energy usage
and interact with devices such as href="http://en.wikipedia.org/wiki/Electricity_meter">electricity
meters, which allow consumers to monitor and adjust their use
of energy. Smarter metering systems in turn will pave the way for the broad
adoption of wider-ranging, energy-saving innovations that will include the use
of solar and wind power, plug-in hybrid cars, and energy storage.

All of this translates to jobs. Lots of them. In a href="http://www.kema.com/services/consulting/forms/consulting-download.aspx?dlink=tcm%3a7-3958">2009
report, energy consulting firm KEMA [pdf] estimates that smart grid
development efforts will create up to 280,000 direct jobs in the U.S. by 2012. Longer term, many more are likely to follow as the smart grid spawns
technological innovation in auto, software, appliance manufacturing, and other
related industries.

While the smart grid will employ its fair share of
installers, technicians, and the like, IT professionals in particular will
enjoy extraordinary professional opportunities. "Companies large and
small will need IT professionals who can cross the bridge from computer
networking to grid networking," says Ron Pernick, co-founder of Clean
Edge and co-author of " href="http://www.harpercollins.com/books/9780060896232/The_Clean_Tech_Revolution/index.aspx">The
Clean Tech Revolution." Those companies include smart grid
startups as well as traditional high-tech giants like href="http://news.cnet.com/8301-11128_3-10241102-54.html">Cisco Systems,
which has put more than 100 employees to work on smart grid-related activities
and expects that number to grow.

The acceleration of smart grid development will demand
high-tech professionals across job functions. This trend is already playing out
at eMeter, a San Mateo, Calif. company that makes smart grid management software
used by utilities in the U.S. and around the world. In business for 10 years,
eMeter's explosive growth has primarily been driven by new regulatory
requirements in the U.S. and abroad that have given typically risk-averse
utilities the incentive to increase energy efficiency.

The 150-employee company, which doubled its number of
customers in 2009, recently listed 16 open positions on its website, including
data architect, senior database engineer, marketing manager, and account
executive. This year, eMeter will boost its staff by 20 percent and expects to
add another 20 percent in 2011. Chief marketing officer Sam Klepper says that
although eMeter will hire across functions, its greatest current need is for
sales and marketing professionals. "The core skills of marketing and
selling enterprise-class software are the keys to the kingdom for candidates
hoping to stand out from the growing crowd who want to move from high tech to
smart grid," says Klepper.

As smart grid technology takes off, the sector will offer IT
veterans of every stripe increased opportunities to transfer their skills. Most
of eMeter's newest hires will be migrants from traditional high-tech
firms. "A tidal wave of candidates — 90 percent of them —
are coming from that space," says Klepper, who himself joined eMeter
after holding management positions with Microsoft and Intuit. He notes that as
recently as a year ago, most eMeter employees hailed from utilities. Today,
however, at eMeter and beyond, the IT professional is king of the smart-grid
domain.