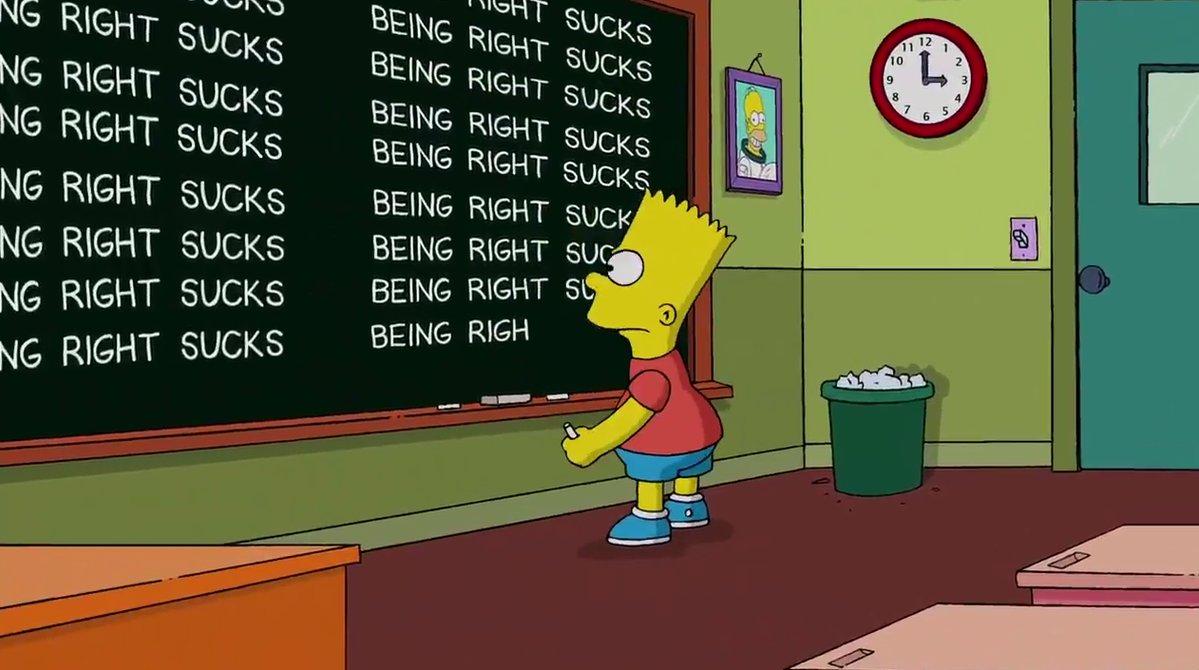 “The Simpsons” had a message for America in its most recent episode: It’s not always fun being right.

In a nod to the show’s prediction of a future Donald Trump presidency in an episode from 2000, this week it featured a scene with Bart Simpson writing “BEING RIGHT SUCKS” over and over again on a chalkboard.

The original prediction came in an episode in which Bart peers into his future, where he has become an unsuccessful musician. His sister Lisa has been elected president and inherits the White House from none other than President Trump. In this imagined future, the country is broke and has created “a generation of ultra-strong super-criminals.”

Dan Greaney, who wrote the 2000 episode, said earlier this year that it was meant to be a “warning to America.”

“What we needed was for Lisa to have problems that were beyond her fixing, that everything went as bad as it possibly could, and that’s why we had Trump be president before her,” Greaney told The Hollywood Reporter. “That just seemed like the logical last stop before hitting bottom. It was pitched because it was consistent with the vision of America going insane.”