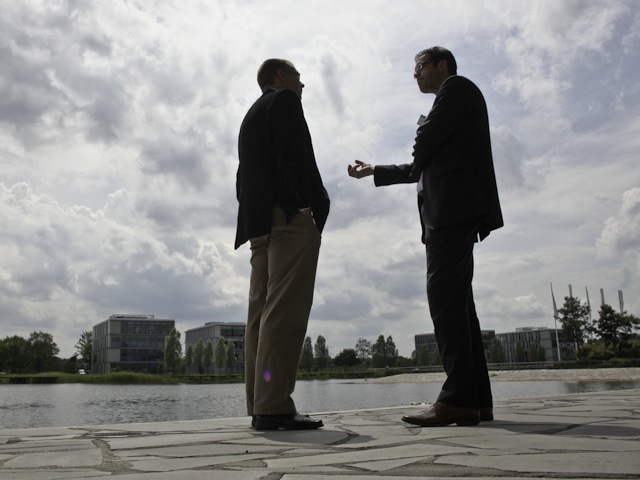 (MoneyWatch) Everyone talks about how to be a success and learn from failure. The truth is you can count those events on one or two hands and you don't always know if you've had a success or failure until long after the fact.

Most significant business or career time horizons are measured in years. That's a long time to wait to find out how you're doing.

Just ask any entrepreneur and he'll tell you. Even with today's rapid pace of technology and change, things take a while. In the meantime, all you've got to go on is your vision, your intuition, your experience and one more very important thing: feedback.

Feedback comes far more frequently than success-failure events, so it can be a far more useful gauge, if you're open to it. And you should be. The problem is, most people aren't. They would never admit that, but it's true.

We cling to our conceptions, our notions, our ideals, far more rigidly than we should. Or do we? Actually, it depends.

There was a time when just about everyone thought that Apple (AAPL) had lost the PC war against Wintel, the Microsoft (MSFT)-Intel (INTC) duopoly. But Steve Jobs held onto his belief in vertically integrated hardware and software, a closed system where Apple controlled everything and licensed nothing.

Now it's quite clear that he was right when just about everyone else was wrong.

While it's true that some people should resist feedback at times, those people and those times are few and far between. It's far more common for people to use that as an excuse to be defensive.

The truth is that no man is an island, ivory towers fall and nothing happens in a vacuum. So whether you're a CEO, middle manager or rank-and-file employee, here are seven things you need to know about giving and taking harsh criticism, glowing compliments and everything in between.

Direct works, polite doesn't. When you have an idea or a plan, venture capitalists will give you feedback. Board directors will give you input. Your CEO or a peer executive, on the other hand, will ask you if you're smoking crack. I very much prefer the latter. It's genuine, direct and impactful. Polite feedback is far less useful than hitting someone right between the eyes.

Brains and experience are irrelevant. Successful executives often think they're past the need for feedback. They think they're too experienced. Elite academics, intellectuals and self-proclaimed gurus think they're smarter than everyone else. Let me be direct so it sinks in: This is absolute nonsense. When you get to be really experienced and smart, you learn just how often you're wrong and how little you know. Also, the greater your responsibility, the more people your decisions impact, the more important it is for you to listen.

Consider the source. Don't gloss over this one; there's more here than meets the eye. I've seen brilliant, accomplished, famous people back some of the most obviously stupid ideas you can imagine. When you consider a source, forget things like title and wealth. Use your own gut instinct. And triangulate. Then, when you've got opinions from trusted people, make your decision on your own. After all, you're the one who's going to have to live with it.

Failing to listen to compliments or criticism is a bad idea. Positive feedback is exactly that. It tells you what you're doing right, and you need to hear that. It's valuable information. It also helps to build confidence. Likewise, if you're resistant to negative feedback, you'll fail to improve and grow. You won't gain wisdom. Your career and business will stagnate. Even if you were successful before, that will change.

Problems with criticism are likely your own. Maybe the criticism is deserved, maybe it isn't. Maybe your boss or whoever burst your bubble is right, maybe she's wrong. It really doesn't matter because it's just a data point. Ultimately, you can take it or leave it. It's a free country and it's your life to live. If it bothers you, the problem is likely the bubble you created or the pedestal you've put yourself on. It's likely your pride and ego that's the problem, not the criticism.

Inertia is the enemy. In the circle of executive life, you come up with a big-picture vision and some strategies to realize it. Then you develop a plan that gets everyone moving in the right direction. You hold your breath while everyone executes. When it's done, you finally exhale and repeat. When it gets to be that easy, like turning a crank, that's when you're in trouble. Inertia is the enemy. Every step of the way: Ask questions, get feedback, listen and evaluate.