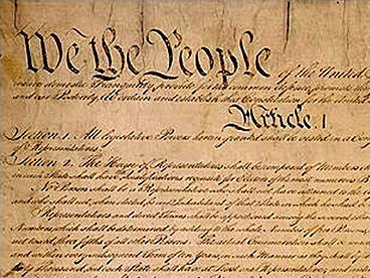 (AP)
No wonder the Supreme Court must again decide what the founders really meant in the Second Amendment to the Constitution.

With apologies to James Madison et al, it's just not well-written.

"A well-regulated Militia being necessary to the security of a free state, the right of the people to keep and bear arms, shall not be infringed."

Some say the right to bear arms is being assigned to state militias. Others say it's granted to the citizenry as a whole, and still others have no doubt the founders meant to grant the right to every individual.

If only they wrote in simple declarative sentences, we'd have a better idea what they meant.

It's clear the founders were trying to pack a lot of law into a small number of words. But it gave way to run-on sentences and unwieldy grammar.

If they had written more carefully, we wouldn't be going through legal agony trying to figure out the meaning of it all.

No question they meant well, but frankly, they could have used a good editor.