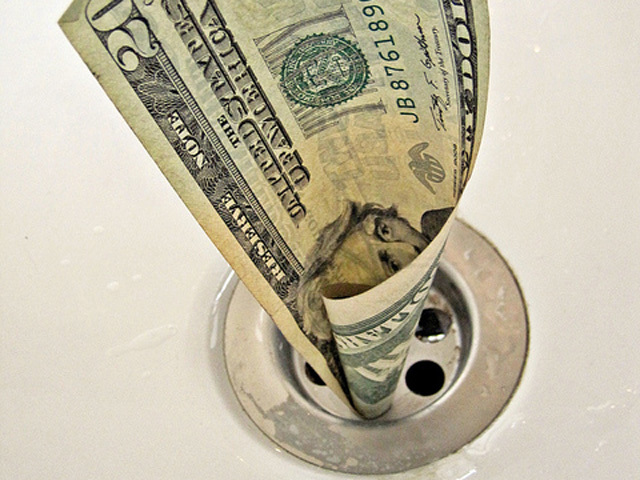 (MoneyWatch) COMMENTARY Eyebrows shot up on Wall Street when Sony released its earnings results for the quarter ending September 30. Not only was there a quarterly loss of $350 million, but a projected annual loss of nearly $1.2 billion when the company's fiscal year ends next March, rather than a profit of $769 million. That will make four years of red ink in a row.

Sony has a litany of excuses, including the hammering its TV set business has taken, damage to its manufacturing facilities early in 2011 from the earthquake and tsunami in Japan, unfavorable exchange rates, and the ever popular "lower expected sales," which is business euphemism for the dog ate my homework. Some of these issues are real, but the biggest one isn't on the list. Management has turned a venerable name in consumer electronics innovation, marketing, and operations into a bloated and bumbling bureaucracy that is too slow to react to changes in the market and too insistent on staying the course, even when it is clearly running into a brick wall.

TV's aren't the problem, just an example
Sony was quick to point to its television set business as a major culprit, which alone will lose $2.2 billion in the fiscal year. That wasn't what it expected in 2009, when it planned to obtain 20 percent market share -- 40 million units -- by March 2013. But then things went a little wrong, so management says. Market growth slowed. Developed countries saw a drop in TV sales. An LCD panel surplus hammered prices. Now Sony hopes to hit 20 million units in the year ending March 31, 2012 and then figure out a way to make money even with reduced sales volume.

What hand waving. Sony likely has no idea how it's going to make this a profitable business. Furthermore, this isn't an issue of TVs. The fiscal year ending in March 2012 (Sony calls it FY 2011, although US convention would call it FY 2012) will make Sony's fourth straight year in the red. Here's why.

Sony's losers are all in products
Sony has always thought of itself as a product company. Unfortunately, the only divisions that are providing decent performance are the non-product ones. Here's a Sony chart showing the year-over-year change in April through September performance by operating segment (click to enlarge):

Everything but the pictures division, which is basically a US-led business, saw a loss in revenue between calendar 2010 and 2011. The only divisions that had a positive operating income were pictures, music, and financial services.

It's the management, stupid
The traditional basis for Sony's business, electronic products, is the big problem. These divisions are also the groups largely led out of Japan with the company's plodding management teams. Sony overhauled its management structure in 2005 and then again in 2009. Both reorganizations came at CEO Howard Stringer's direction and neither seems to have worked. In a market that sees revenue and profit growth by many companies, Sony is an almost singular disaster.

Unusual circumstances can hurt a company's performance. But continued problems lose the right to excuses, and that's the situation for Sony. Another reorganization will do no good because the company has a culture that drives costs up, innovation down, and operational efficiency into a morass. Given its results, you'd think that Sony would consider whether selling off hardware divisions might be advisable, as it doesn't seem able to properly manage them.

The company will do that. Unfortunately, it seems both unwilling and unable to fix the underlying problems that keep its businesses from soaring.