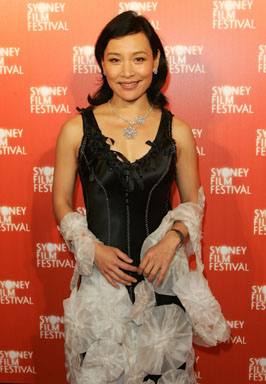 Servants to squeeze his (free) toothpaste from its crested silver container, retrieve his custom-made suits off the floor, even turn a profit from his unwanted gifts — this, if you believe reports now making the rounds, is the pampered world of Prince Charles.

Since Princess Diana's former butler, Paul Burrell, told about a palace servant's life "below stairs," it has been open season on British royals — not least the apparently lavish lifestyle of the heir to the throne.

Critics claim Charles has more than 80 staff who obey his every whim and that his valet, Michael Fawcett — dubbed "Fawcett the Fence" — adds up to $160,000 a year to his master's income by assiduously selling unwanted gifts.

Critics also accuse Charles of using the bestowing of royal warrants — those little coats of arms printed on jars of jam and boxes of soap — to extract free supplies of toiletries and other commodities. And they complain that his companion, Camilla Parker Bowles, is chauffeured about dressed in Valentino and Versace, all at the prince's expense.

"His lifestyle would seem extravagant to Louis XIV," opined the left-leaning Guardian, saying "even the queen has complained that it is grotesque." The newspaper did not reveal its sources.

Royal spokesmen refused to comment on personal details of the prince's life, but a spokesman for Charles' St. James's Palace office disputed the staffing figures, saying the prince "has a core staff around the 50 mark," which fluctuates according to the season.

Charles, who is sensitive to public criticism, last week appointed his private secretary, Sir Michael Peat, to head an internal inquiry into any role his household played in the collapse of Burrell's theft trial, whether gifts had been sold by employees, and a claim by a former servant, George Smith, that he had been the victim of homosexual rape by a member of Charles's staff.

The Guardian sniped that at the end of what was supposed to be a triumphant Golden Jubilee year for Charles' mother, Queen Elizabeth II, the royal family has been revealed as "a strictly hierarchical, archaic institution that has sneaked into the 21st century, rife with bullying, bitching, backstabbing and general bad behavior."

"What will the British public think of an institution, already fabulously wealthy, that has servants carry out the most menial of tasks while others hawk its unwanted silverware around various shops for a pocketful of tax-free fivers (5-pound notes)?" it asked.

One of the issues Peat is expected to address is whether gifts were sold and if the payment was declared for tax purposes.

Charles's supporters point out that he does not receive money from taxpayers. His two households are financed by the lucrative estate of the Duchy of Cornwall, his birthright as heir to the throne.

According to the duchy's latest accounts, the estate made an annual profit of $11 million in the fiscal year ending March 31, 2000, when it was valued at around $493 million. Charles voluntarily pays 40 percent tax on the profit.

The Guardian alleged that when the prince has several engagements, he changes his clothes up to five times a day. "The discarded outfits, including $3,200 bespoke suits and handmade Turnbull and Asser shirts, are left strewn across the floor for one of the valets to pick up," it said.

"Wherever he is in the world, Charles demands that at least one of the senior valets or two of the assistants are available around the clock to prepare his wardrobe."

The Observer reported that in return for its royal warrant, GlaxoSmithKline provides free supplies of Charles's preferred toothpaste. "Consequently, 28 million Macleans packs are printed each year with the Prince of Wales's three-feathered emblem on the side," the newspaper said.

It said arrangements also have been struck with some furniture and clothing stores with royal warrants. The stores refused comment.

Critics say it is not enough to scrap the royal yacht and have the royals pay taxes; the first family should slim down their operations even further.

"Trimming down the households would be a start," said Paul Flynn, a lawmaker from the governing Labor Party. "Why anybody in this day and age needs that number of servants is completely beyond me."