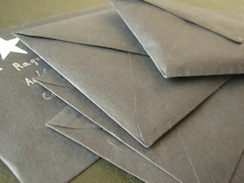 (MoneyWatch) COMMENTARY I frequently rail against email, and I often dispense advice on how to manage your inbox more efficiently. But any criticism I have for email comes from a place of, well, love -- modern business simply could not function without it.

That's why I disagree with Nick Bilton's recent assessment in The New York Times that email is an obsolete form of communication. He writes:

This month alone, I received more than 6,000 e-mails. That doesn't include spam, notifications or daily deals, either. With all those messages, I have no desire to respond to even a fraction of them.

On that we can agree. Managing email is a hassle, and sometimes it can lower, not raise, productivity. We'd all rather be doing whatever it is we do for a living rather than answering email. For example, I estimate that I spend about half my day on email. When I tell people that I'm a writer, I don't mean a writer of email. But that's often what it feels like.

In fact, a recent report on Internet usage claims that on average corporate employees send and exchange about 105 emails a day. But where Bilton and I depart is his view that "something is terribly wrong with e-mail";  nor do I share his belief that email is dysfunctional beyond repair.

Here's why: These days, email is our job. And I don't mean that in some snide or sarcastic way. Email is simply about communicating, and it's strange to complain that you hate to communicate, especially if it's integral to your work. In other words, I don't complain that I have 100 conversations with people in the office every day, a Sisyphean task given that I'm going to have another hundred conversations tomorrow. Of course not -- talking is as necessary to getting my job done as breathing.

The only difference with email is that it's better than talking -- it's, to use a fancy term, asynchronous. I can do it anytime, even when Mark from Product or Sally from Sales isn't at their desk. And it leaves a permanent record of your conversation in writing, so there's never any ambiguity about what anyone said.

Bilton makes the point that the younger generation has evolved past email, using tools like Facebook and Twitter to carry on conversations instead. Sure, that's fine for casual, social conversations. But mark my words (I say, like an old person): When these young people get jobs, they'll be using email like the rest of us. Because at the end of the day email is absolutely necessary for what we do. There's no better tool for the job, either. (Just ask Google Wave.)

All that said, as I was finishing this piece I told my teenaged daughter about this very blog post I was writing. She nodded knowingly and said: "I use email when I talk to old people."