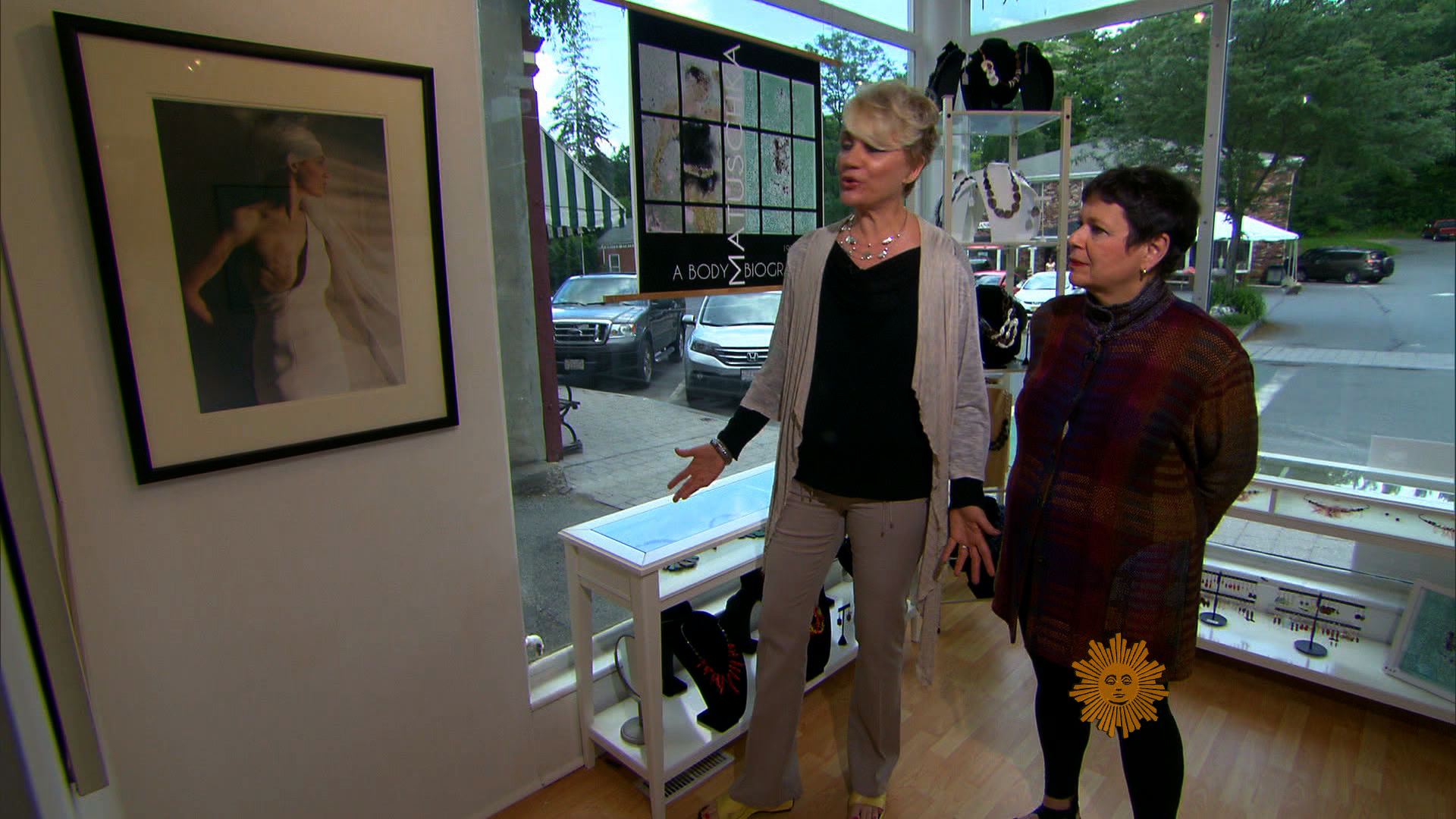 (CBS News) Even in the age of social media, few would release a stunningly revealing self-portrait for ALL THE WORLD TO SEE. But twenty years ago, one courageous woman believed she had a very good reason to do just that. Martha Teichner reports.

On Sunday, August 15, 1993, the cover story of The New York Times Magazine was a shock. The glamour layout, the mastectomy scar, and the message. You can't look away.

"The reason why I think it's startling and shocking is because the juxtaposition of the beauty and the scar," arist and former fashion model Matuschka told Teichner of the photograph, which she took of herself.

"It was a taboo subject in the early '90s. There was no press coverage, and there was no visual to go with the subject."

The image was intended to prompt a national conversation about breast cancer, but judging from the 1,500 letters The New York Times received in just the first week after the photo appeared, it was more of a shouting match.

"The negative ones were so negative that I was devastated," Matuschka said. " 'Now everyone has to know what I look like' -- meaning the person who's writing it -- 'and I've hidden it from my husband all these years, and now you had to expose it.'

"That was the whole point . . . to expose it and embrace it, and not be ashamed of it."

Twenty years later, the shouting continues. In May, actress Angelina Jolie announced -- also in The New York Times -- that she had undergone a preventive double mastectomy and reconstruction. While she was praised for her courage and candor, mastectomy photographs -- part of what's know as the Scar Project -- were removed from Facebook.

More than 20,000 furious people signed an online petition demanding that Facebook backtrack. Within days, it did . . . sort of, announcing that "the vast majority" of mastectomy photos would be permitted, but not all.

Judy Norsigian, the executive director of "Our Bodies, Ourselves," told Teichner, "It isn't just about whether the breast is there or not, it's the fact that it is a breast."

In its ninth printing, "Our Bodies, Ourselves," is the iconic guide to women's sexual and reproductive matters and a gauge of social attitudes.

"I think we live in a culture where large breasts are almost universally idealized," Norsigian said.

"Most of us are getting bombarded with imagery that suggest you need this hourglass figure, you need large breasts, you need to look like what is a very narrow beauty ideal."

What effect does that bombardment have on the decisions women make, when they're diagnosed with breast cancer -- not only whether to have a mastectomy, but then what? To get breast reconstruction, and if so, what kind?

More than 230,000 women will be diagnosed with breast cancer this year, according to the American Cancer Society. More than 39,000 women are expected to die of it. However, since 1993 -- the year Matuschka's photograph was published -- breast cancer death risks have actually dropped 30 percent.

For those women who had mastectomies between 1998 and 2008 -- the most recent data -- the number who got immediate breast reconstruction nearly doubled, from 20 percent to nearly 40 percent, driven by a 200 percent increase in implant use.

Since 1998, federal law has required that if a woman's health insurance pays for a mastectomy, it must also pay for reconstruction. Implants are the most popular option. Millions of women are happy with theirs, but there are health risks associated with any reconstruction.

For more than 20 years, Matuschka held out, her missing breast remaining a subject in her art. But as her body changed, so did her self esteem.

"The world is never going to really embrace a one-breasted fashionable chick," Matuschka said. "They're just not. They're not.

"People are looking at me like I'm, you know, a freak. It's alienating me more. I can't wear clothes...and I realized it's making my life miserable," she added.

Last month, at the age of 59, she prepared for the first of several surgeries to reconstruct her right breast and to reduce the size of her left.

Dr. Christina Ahn, an associate professor at New York University School of Medicine, performed the surgery. Ahn specializes in a state-of-the-art surgery that uses liposuction to extract fat. She then injects the fat into the breast area, and a new breast is created from Matuschka's own tissue -- no implant, and minimal scarring.

Twenty years after the photograph that shocked the world, Matuschka has finally moved on.

"I wake up and I just, I guess I have to say I feel normal, if that word could ever be applied to me," she told Teichner, adding, "I definitely feel happier."