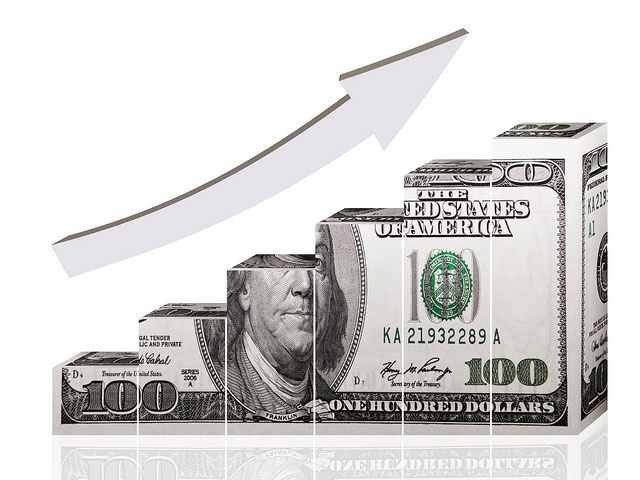 (MoneyWatch) "Be careful out there" was the warning issued every day by the desk sergeant on the 1980s hit TV series "Hill Street Blues," as he sent his people out to perform their duty. It is also a warning to investors that they need to be careful not to become subject to that dreaded disease known as performance chasing.

While taking all the risks of investing in stocks, far too many investors end up earning bond-like returns (or worse) because of untimely entries (after bull markets have already had a long run) and untimely exits (after bear markets have already caused large losses). In typical fashion, while the stock market bottomed out in March 2009, it wasn't until December 2012 -- after pulling hundreds of billions out of stock mutual funds, missing the greatest rally since the 1930s -- that cash flows to stock funds turned positive again. And with 2013 being another strong year for stocks, and short-term bond yields continuing to provide almost no return, investors are again chasing performance. They forget that you cannot buy yesterday's returns, only tomorrow's, abandoning safe fixed income strategies and increasing their allocations to stocks.

I'm not in the market-timing business, and I'm certainly not going to start making forecasts now. However, I do want to share some thoughts that might be helpful, allowing you to stay disciplined, adhering to your financial plan, rebalancing your portfolio as your asset allocation plan requires, while ignoring the noise of the market.

First, while there are no good forecasters of future stock returns, we do know that current valuations matter -- a great deal. In fact, they explain about 40 percent of returns over the following 10 years. And valuations are now at fairly high levels -- levels that have often led to poor returns going forward. For example, the Shiller CAPE 10 (cyclically-adjusted price-to-earnings ratio) is now almost 25.

As we have discussed before, Cliff Asness of AQR found that when the price-to-earnings ratio was above 25.1, the real return over the following 10 years averaged just 0.5 percent, virtually the same as the long-term real return on the risk-free benchmark, one-month Treasury bills. The best 10-year real return was 6.3 percent (so you can get a good outcome), just 0.5 percent below the historical average.

But the worst 10-year real return was -6.1 percent (that's compound annual return over 10 years). In addition, the current trailing 12 months earnings for S&P is about 19! That's not only pretty high, it's also another indicator that future stock returns are likely to be well below the historical average.

Here's one more indicator that valuations are high, forecasting lower than historical real returns. The current yield on REITs (using the Vanguard REIT Index Fund (VGSIX) is about 3.6 percent. Given that the real growth of REIT earnings has been about negative 1 percent, that means investors should expect to earn a real return of just 2.6 percent. That's not much of a real return for a risky asset, and it's well below historical averages.

Second, there has been a flood of liquidity provided by the Federal Reserve in their efforts to revive the economy. The Fed certainly has accomplished one of its objectives -- an increase in asset prices -- not just stocks, but bonds, gold, real estate and farmland. It's important to keep in mind that at some point the Fed will have to remove the excess liquidity, and no one knows exactly how that will turn out. It's certainly possible that it could end badly, at least for asset prices. That's a good enough reason not to let greed and envy influence your investment decision.

As a sign that "irrational exuberance" might be taking over, the Nov. 4 issue of the Wall Street Journal carried this headline: "Red Hot Noodles Marks Resurgent IPOs." The story noted that not only were IPOs once again "hot," but that we are seeing a repeat of the late 1990s with the quality of companies going public deteriorating.

One thing we do know is that while bubbles are impossible to time, they all end badly. Therefore, you don't want to be the greater fool left holding the bag when a bubble bursts.

Another issue to consider in a bid to keep from becoming overenthusiastic is that corporate profit margins are at record levels. While that is good for current earnings, corporate profits tend to revert to their mean long-run average relative to GDP. Corporations have been able to expand margins partly because the continued high level of unemployment has given capital the advantage over labor in wage negotiations. That isn't like to last forever.

In addition, the long period of very low interest rates has allowed many companies to refinance their debt at much lower levels. It's not likely that the low interest rate environment will continue. In fact, it's not consistent with either what the current steep slope of the yield curve is telling us (reflecting expectations that short-term rates will rise) or with expectations of future growth of corporate earnings -- reflecting a growing economy. And finally, corporate profit growth is now slowing on a quarter to quarter basis.

Hopefully, you haven't taken the above as a call for you to abandon your equity allocation, or even reduce it. Instead, the information is provided as a reminder to stay disciplined, adhering to your investment/asset allocation plan, and rebalancing as required. And if you needed a reminder, it's hard to adhere to a plan if you don't have one!

There is one suggestion you should consider. This may be a very good time to review your financial plan. With the much better than expected equity returns the market has provided over the past two years, you may now be able lower your equity allocation and still expect to achieve your financial goal. A Monte Carlo Simulation can help you determine if that is the right thing to do.

Finally, remember to be careful out there. Don't get caught up in the hype of the bull market. And remember that far too many investors confuse a bull markets with genius. That leads to overconfidence, which leads to too much risk taking. That's why the following is a cliche: "The surest way to create a small fortune is to start out with a large one and take too much risk."