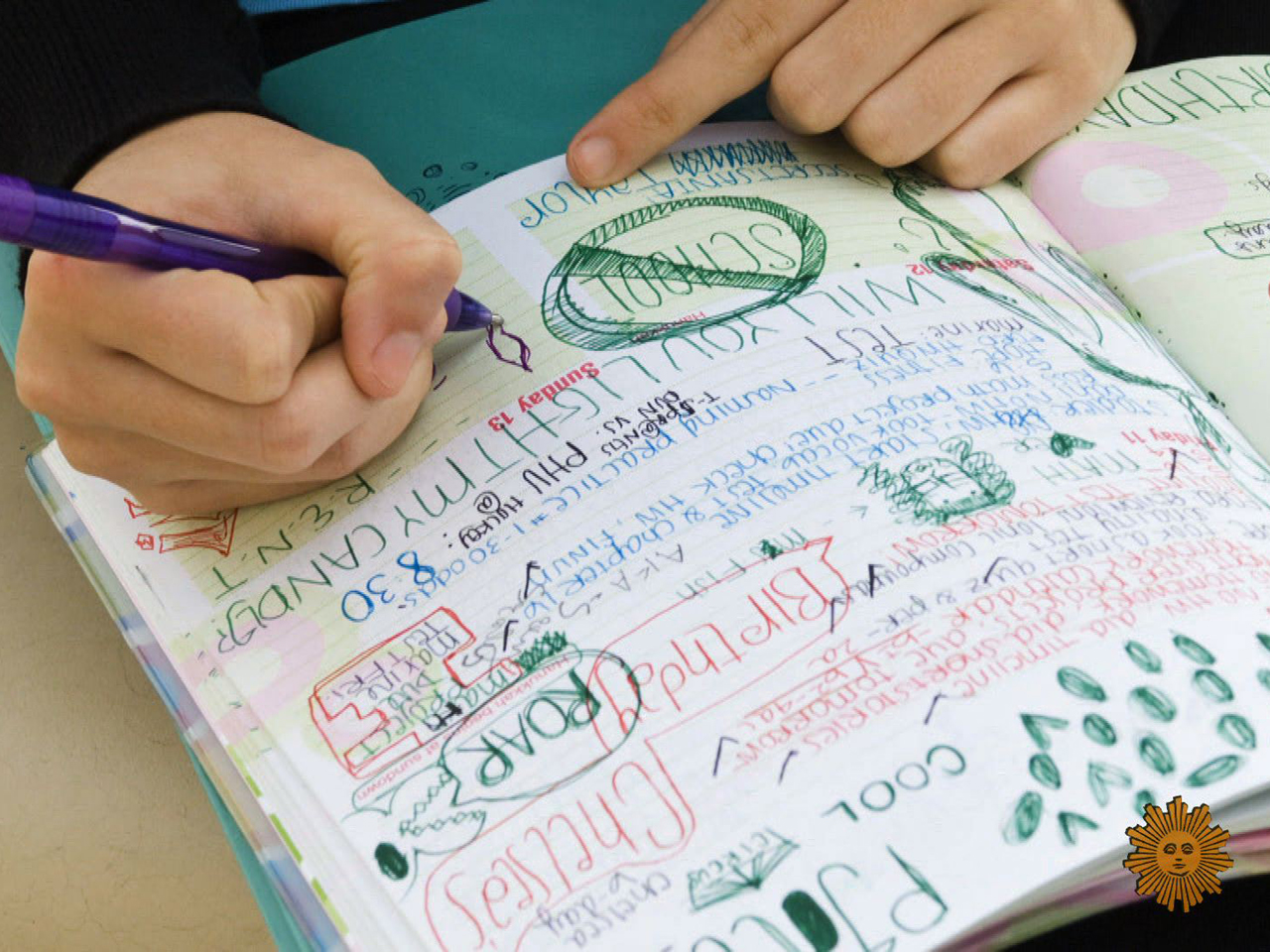 Is the employee who DOODLES at office meetings a goof-off who's neglecting his or her responsibilities? Or is he or she actually exercising something that could be called "Doodle Diligence"? A question this morning for our Lee Cowan:

How many of us, when we let our minds drift, find that our pencils drift right along with it?

To the doodler, the canvas can be anything -- a napkin, a margin, a soon-to-be-discarded envelope.

Yet for all its ubiquity, the doodle seems to be the artistic equivalent of Rodney Dangerfield -- it just gets no respect.

Even the Oxford English Dictionary reduces the doodle to a "drawing made absentmindedly."

And boy, does that upset doodler Sunni Brown: "I don't like the definition! I'm not pleased with the definition, that is correct!"

What's wrong with it, Cowan asked? "It's totally inaccurate," said Brown. "It's not an accurate representation of what's happening for a doodler."

Brown is convinced that doodling isn't a mindless activity, but instead engages the mind in a way that helps us think.

So much so she's written a manifesto of sorts, called "The Doodle Revolution," that lays out her case.

"I want to flip the entire conversation and be like, okay, let's actually acknowledge this as a valuable tool and as a valuable technique. What, then, can we do with it?" she said.

For her, drawing what she calls "Info-doodles" can help in problem-solving, and aid in memory retention, by creating a visual language that she insists is more powerful than most people know.

"I've seen people tackling serious challenges, and they inevitably go straight to the white board or straight to the wall and start mapping it to have a more effective conversation," Brown said. "And then you have that visual explanation to help people understand what's really happening."

Her Austin-based consultancy, SB Ink, now offers doodling workshops. Her clients are major retailers and media companies . . . who are starting to catch on.

But the doodle, she says, still has doubters.

"There are skeptics everywhere, and I encounter them all the time -- and I love them," Brown said.

"They say all the usual stuff: 'Oh, it's a waste of time.' 'Oh, it's mindless scratching.' They say everything that you would expect them to say when you misunderstand and you underestimate something."

Andrew Silton stopped underestimating the power of the doodle after he realized he'd been doing it most of his professional life.

"For me it was definitely something more," Silton said. "I actually think it was rather important."

Over a career that spanned three decades in asset management, Stilton amassed oodles of doodles, drawn while he was actually leading important financial meetings all over the world.

The longer the meetings, the more detailed the doodles.

"What do you think prompted it? Were you just bored in the meetings?" Cowan asked.

"No. I think it was actually a way of staying engaged in the meetings," he replied. "I suspect that what it does is, it occupied me from thinking about other stuff."

That notion -- that doodles may open the door to better concentration -- has been getting the attention of researchers of late.

In a study published in 2009 in the journal Applied Cognitive Psychology, researcher Jackie Andrade played a tedious voicemail to a group of volunteers. Some were asked to doodle, while others simply listened to the message. Turns out the doodlers remembered 29 percent more details than the non-doodling group.

"Doodling has been grossly under-studied," said professor Jesse Prinz. "It is one of the most neglected day-to-day activities."

Prinz teaches philosophy of the mind at the City University of New York. His blue hair is as much a trademark as his obsession with doodling heads.

He's drawn thousands of them, all while he was supposed to be paying attention to something else.

"Every single picture you see here was drawn during an academic lecture," Prinz said.

He's so convinced that doodling helped him remember those lectures better that he actually encourages it in his own classroom.

"So, do you want kids to be doodling while you're lecturing?" Cowan asked.

"Absolutely!" said Prinz. "I think we should train people to doodle."

The reason is simple: to his mind, doodling isn't just a distraction from boredom -- it may actually keep us from daydreaming and zoning out altogether.

"Think about mindless drawing as a way to take all those things that distract you, all those subjects that you ruminate on, and clearing them away, and opening this space where information can get in," said Prinz. "Doodling is the attentional sweet spot."

For a perspective a little closer to home, Cowan turned to our own artist in residence, Morley Safer of "60 Minutes." He says he does between five and 10 doodles daily. His desk is covered with them, from the obscure to the familiar.

"Now this one is purely abstract. Don't ask me what the hell that one means!" Safer laughed.

"It's sort of drawings by the unconscious mind, in a certain way, it's where the hand kind of takes over."

"Does it serve some kind of purpose for you?" Cowan asked.

"It's very satisfying, obviously," Safer said. "I mean, if it was painful, I wouldn't be doing it."

"So what do you think makes a doodler and somebody who just doesn't really doodle?" Cowan asked.

There was a time, it seemed, when doodles were black-and-white proof that the usually embarrassed artist wasn't really paying attention. And while everyone agrees it warrants more study, it just may turn out that doodling is a window to clarity.

"Maybe doodles define us, right?" said Safer. "It tells us who we are."

Or who we're not?