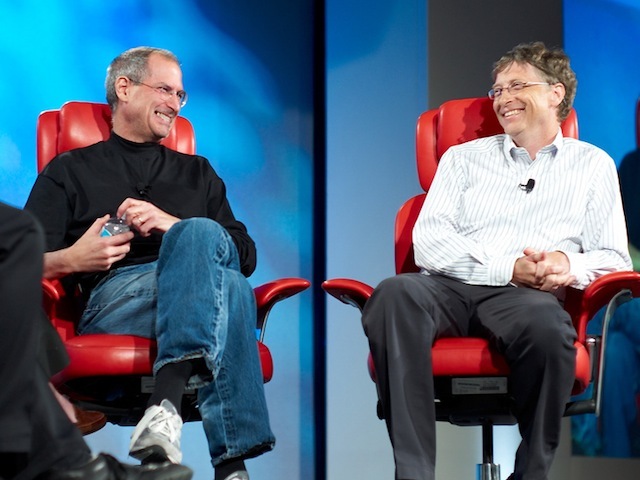 Entrepreneurship is all the rage these days. What with the breakout success of social media, the coming of age of Gen Y, and corporate America not hiring, it's not surprising that the question of whether to start your own company or join someone else's startup is a hot topic.

What is surprising are all the popular myths, obvious platitudes, and downright bad advice from people who have no idea what they're talking about because they've never walked the talk in the real world. So let me shed a little light on the subject.

5 myths about becoming an entrepreneur

In 1989, I joined my first startup funded by famous, big-time VCs. It was a complete flop. The second, just two years later, was a big hit and went public. Then it flopped. In 1999, I joined a late-stage startup, helped turn it around, got it ready to go public, then the dot-com bubble burst and the whole market flopped.

In between all that startup drama, however, I was a VP for some public companies and, to be honest, that's where I had my biggest successes and earned the vast majority of my leadership and management chops.

After 30 years, I guess you can say I've go some cred on the subject. And, when it comes to determining if you should get into the startup world or not, there are three points I'd like to make. They may not be what you want to hear, but then, the truth usually isn't.

You see, back when I was trying to figure all this out, there wasn't much of a blogosphere. Still, there was no shortage of self-interested people trying to get my attention and give me advice. That much really hasn't changed. Which brings us to the first point, but I have to warn you, you're not going to like it.

Point one: You're wasting your time trying to figure this out

See, I said you're not going to like it. And yes, I get the irony that I'm telling you you're wasting your time while you're reading this. Let me explain. The first and last time I listened to anybody's advice on entrepreneurship and startups was that first disaster in 1989. After that, I realized that everybody's just pitching a story. Everybody's selling something. Everybody's looking out for number one.

The truth of the matter is that it's your career and your life. You've got to develop your own plan and the only way to do that is to jump in the water and see how it goes. If you sink like a rock, you might not want to try it again. If you swim but splash around a lot and don't get very far, keep learning and maybe you'll do better next time. If you swim like a fish, you've found your home. And that brings us to the second point.

Point two: It's not something you can analyze quantitatively; there are simply too many factors and much of it is subjective and personal

Don't get me wrong. There are tradeoffs, but they're all sort of obvious: lower pay, more work, tons of worthless stock options, and a bigger title at startups; the exact opposite at giant enterprises; and everything in between at midsized companies.

What makes it complicated is you and your personal timeline. When you're young, you should take risks, try things. You'll learn a lot, that's for sure. You'll learn about how things work with startups, entrepreneurs, VCs, banks, investment capital, wearing a lot of hats and having loads of responsibility, and working day and night, 24/7.

Most of all, you'll learn about yourself. What you're capable of, how tenacious you are, your appetite for risk, and your constitution for stomaching the uncertainty and excitement that comes with it.

You'll also learn some tricks, like that you can get a bigger title at a startup, do something good that you're proud of, exaggerate a little in interviews, and leverage it to get the same or even a bigger title at a more established company. And yes, that does work for a lot of people, myself included.

Finally, you'll learn that you can be successful, have a fulfilling career, get rich, whatever you're looking for, by being an entrepreneur, working at other people's startups, or climbing the corporate ladder at midsized companies or big enterprises. Whatever works for you at that point in time. Which brings us to the third and final point.

Point three: Wherever you find your home is where you should live; the same is true of work

Throughout your life you'll be making decisions you think are life decisions but really aren't. The truth is that life is long and so is your career. Everything changes and so do you. As your experience grows and your goals change, the whole picture will evolve. You'll never know for sure what the right thing to do is, but you will get better at it as time goes on. And you can always change your mind, like I did seven months after joining that dumb startup in 1989.

And another thing. It's not like we all have every opportunity in the world just waiting at our doorstep. I don't know about you, but when I see an opportunity that looks like something I might want to do, might have fun doing, might learn something doing, I jump on it. When it flops, I jump onto something else. And so on. You really don't get to control any of this, so the sooner you give up that illusion and learn to take risks and live in the moment, the better.

Sure, it sounds like a sort of random, wandering, circuitous path. And if that scares you, welcome to the club. But that's the way it is, like it or not. The good news is, as you go, your ability to recognize good business and career opportunities will improve. Your decision-making and negotiating skills will improve. And you'll know yourself and how things work better and better. So it all works out in the end. At least that's the theory.

Steve Jobs once said, "Your time is limited, so don't waste it living someone else's life." He was right. So quit over-thinking this and go jump in the water and see what happens. You'll be fine. I have faith in you.