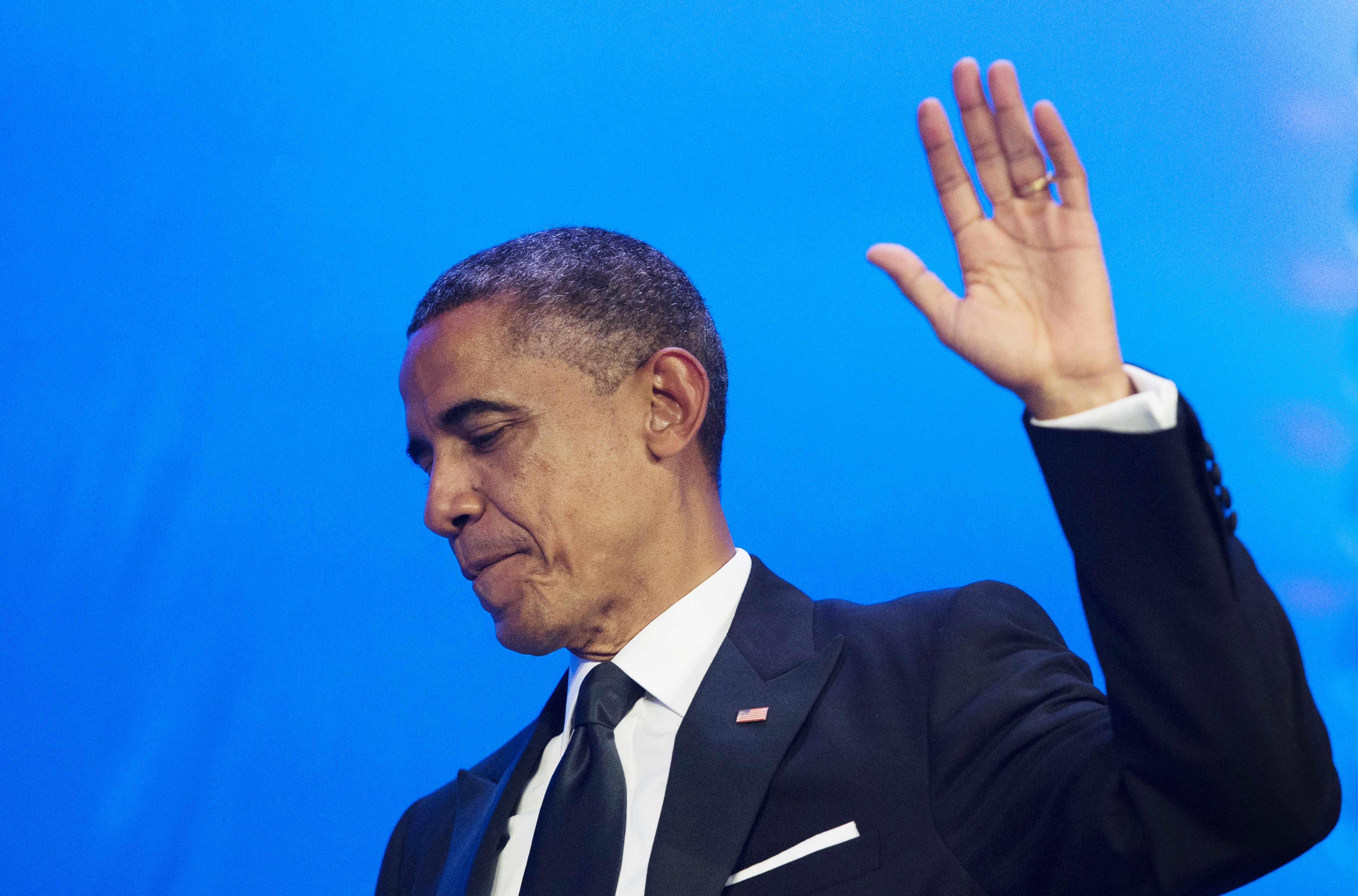 It was a cloudless Sunday in Arlington, Virginia, and little did the crowd of 1,600 standing inside Washington-Lee High School realize they were witnessing something of a political vanishing act.

"Are you fired up?" President Obama asked with characteristic gusto.

Mr. Obama hasn't been seen in public at a campaign rally since.

Vice President Joe Biden has been seen as well. Twice. Biden even headlined an event in Los Angeles Tuesday on the heels of a conspicuous diplomatic blunder that momentarily rattled the already shaky coalition of Middle Eastern nations joining the U.S. against ISIS.

"Over the last few weeks, a lot of people have been coming out and campaigning," Mr. Obama said. "I was tired of having other people have all the fun."

Politically speaking, no one in the White House is having less fun than the president. His overall approval rating is 40 percent nationally, according to a CBS News/New York Times poll out Sept. 17, lower in the red states Senate Democrats are trying to defend. Mr. Obama's economic approval rating is 41 percent nationally and confidence in his economic policies has never been lower. Mr. Obama's foreign policy approval ratings hit a record low of 34 percent in the CBS News/New York Times poll from Sept. 17.

According to a database of political travel this year compiled by CBS News' Mark Knoller, Mr. Obama is behind the pace of public campaign events set in 2010. By this stage of that midterm campaign, Mr. Obama had appeared at three public candidate events. He would eventually attend 17.

It is theoretically possible Mr. Obama could reach the 2010 threshold of 17 public candidate events. But it's not likely. The pattern this year is for Mr. Obama to raise boatloads of cash in private events with sporadic press coverage.

Mr. Obama fronted his 55th fund-raiser of the year Tuesday in Greenwich, Connecticut. According to Knoller's database, only one was organized for a specific candidate - Democratic Gov. Pat Quinn of Illinois. The remainder raised funds for party committees. Of these 55 events, 24 were closed to all press coverage, 28 offered coverage to a print pool reporter and three were open to White House pool coverage.

By this time in 2010, Mr. Obama attended 53 fund-raisers and would attend 16 more before Election Day.

Will Mr. Obama ever come out of hiding?

Asked specifically if the country would see Mr. Obama "up on stage with Democratic candidates who are either up for re-election or seeking office," White House Press Secretary Josh Earnest demurred.

"Over the course of the summer you have seen the president make public appearances with Democratic candidates for office," Earnest said, sidestepping the uncomfortable truth that no political rallies were involved. "The president traveled to Colorado. He famously shot a couple games of pool with Gov. Hickenlooper, who is on the ballot this fall."

Hickenlooper's on the ballot all right. And polls indicate things took a turn for the worse after the governor's headline-grabbing pool game and beer with the president. Five polls taken before the July 8 appearance showed Hickenlooper leading former GOP Rep. Bob Beauprez by an average of 8 points. Ten polls have been taken since. Hickenlooper's average lead has shrunk to zero - and only one of those 10 surveys had Hickenlooper registering 50 percent.

Setting Hickenlooper aside, Earnest would say only that Mr. Obama "has talked in a variety of settings, including in some of the fundraising settings that you have observed, that he feels strongly about how important it is for candidates who share his view about putting in place policies that benefit middle-class families be either elected or reelected to office."

The White House insists Mr. Obama will hit the campaign trail. How soon and for whom? Stay tuned.

"The president will campaign for folks," Schultz said.

Wedged between a day of fund-raising yesterday in Manhattan and a three-day scramble for cash in California that begins Thursday, Mr. Obama will work on Ebola and ISIS. He will hold a teleconference Wednesday with state and local officials preparing to deal with any potential Ebola patients or suspected cases of the virus. He will travel to the Pentagon to huddle with senior military plotting the strategy to "degrade and ultimately destroy" the terror group ISIS.

For Mr. Obama, campaigning has always been "fun." This fall, his kind of fun is painfully hard to find.