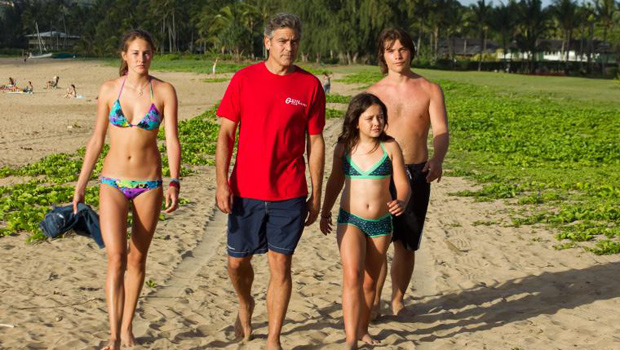 (CBS) There was a lot of buzz surrounding George Clooney's new movie "The Descendants" after it was shown at festivals, and now that the film has been released in New York and Los Angeles, the buzz has increased and many are talking Oscars - specifically a best picture nomination.

The Los Angeles Times film critic Betsey Sharkey described the movie, directed by Alexander Payne of "About Schmidt" and "Sideways," as a "tragedy infused with comedy" straddling the line between both poles and never giving favor to one side.

In the film adapted from the 2007 Kaui Hart Hemmings novel, Clooney plays a father, in Hawaii, who is in the midst of crisis. His wife's recent boating accident has put her in a coma, leaving him in charge of his two daughters.

The reviews so far have been incredibly positive. Peter Travers of Rolling Stone wrote, "If there's something fundamentally wrong with 'The Descendants,' I can't find it. What I see ranks high on the list of the year's best films."

Claudia Puig, of  USA Today, says Clooney and Shailene Woodley, who plays his teenage daughter in the film, gave performances that are "Oscar worthy."

It looks like "The Descendants" is officially on Oscar watch.