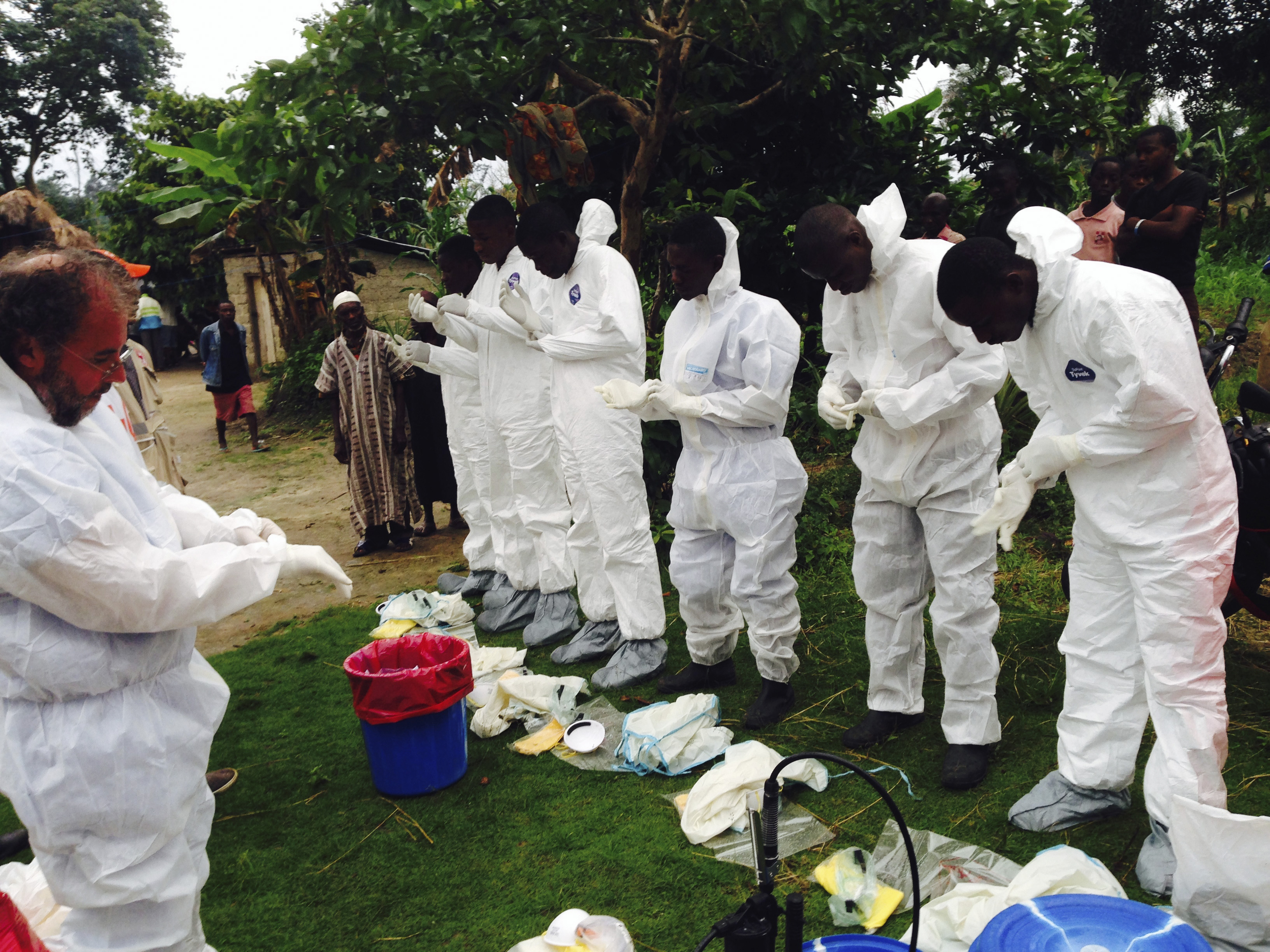 The current Ebola outbreak in West Africa has rapidly grown into the largest and deadliest in history, claiming more than 960 lives so far in Guinea, Sierra Leone, Liberia and Nigeria. The death toll is already more than three times higher than any previous Ebola outbreak. Experts say a number of factors have contributed to making this outbreak so much worse than those that came before.

Ebola had never been seen in this region of Africa before, so the first cases were not immediately recognized, and inadequate local health facilities did not have the necessary protective equipment and containment procedures in place. Aid workers say many residents distrust the medical system and avoid going to hospitals, instead staying home and infecting those around them.

"Large hemorrhagic fever virus outbreaks almost [invariably] occur in areas in which the economy and public health system have been decimated from years of civil conflict or failed development," write Daniel G. Bausch and Lara Schwarz in an article published in the journal PLOS Neglected Tropical Diseases. Bausch says he observed those conditions first-hand during ten years of research in Guinea.

In addition, the population in the region is increasingly mobile, making the spread of disease from one village or country to another faster and easier than ever.

Health officials are still trying to determine how the current outbreak got started. The New York Times reported Sunday that the first patient may have been a two-year-old boy who got sick and died in Guinea in December 2013. His mother, sister and grandmother reportedly died soon after, infecting others in the process.

It is unclear how the child might have caught it. The Ebola virus is harbored in fruit bats and can infect humans who come in contact with them in the wild. Bats can also infect monkeys and other animals, which then transmit the disease to humans who hunt them for bush meat. From there, the disease spreads from person to person through contact with bodily fluids, often infecting multiple family members as they care for those who are sick.

Since the Ebola virus was first identified almost 40 years ago, the World Health Organization reports 24 previous outbreaks of Ebola and its subtypes.

The first reported outbreaks occurred in 1976. In the central African nation then known as Zaire, now the Democratic Republic of the Congo, 318 people got sick, and 280 of them -- 88 percent -- died. The outbreak originated in a small village called Yambuku, near the Ebola River for which the virus is named.

The then-mysterious illness raged from one person to another in the remote area, spread through contact with patients' bodily fluids. The disease was further spread via contaminated needles and syringes in the local hospital. It was finally controlled through village quarantines and improved medical containment and sterilization practices.

That same year, another outbreak occurred in Sudan, affecting 284 people and killing 53 percent of those who got sick (151 people). The disease spread through close personal contact in hospitals and a number of hospital personnel were infected, according to the CDC.

Other serious outbreaks of the virus over the years have resulted in deaths of hundreds more people.

In 1995 there was another outbreak of Ebola in Zaire in which 315 people got sick and 81 percent of them (250 people) died. Again it spread mostly through families and hospitals before being stamped out.

In 2000, 425 people in Uganda contracted the Ebola-Sudan strain of the virus, and 53 percent of them (224 people) died. The CDC reports that in this particular outbreak, a number of cases spread through contact with Ebola victims' bodies at funerals -- a dangerous traditional practice which has also contributed to the spread of the current outbreak.

Ebola flared up again in 2007 in the Democratic Republic of the Congo; 264 people contracted it and 71 percent of them (187 people) died.

There have also been numerous smaller incidents ranging from a single illness or two to several dozen cases that were stopped before they spread further.

Different outbreaks have varied greatly in terms of the fatality rate. In a 2007-2008 outbreak of Ebola-Bundibugyo virus in Uganda, 25 percent of those who got infected died, while in several outbreaks in Zaire/Democratic Republic of the Congo and nearby Gabon, the fatality rate topped 80 percent.

The current outbreak involves the Ebola-Zaire strain, and the CDC estimates its fatality rate at about 55 to 60 percent.

Dr. Amar Safdar, the director of Division of Infectious Diseases at the NYU Langone Medical Center, says it is not just the type of virus strain that influences the severity of an outbreak, but also who gets the virus.

"It is important who the [human] host is," Safdar told CBS News, explaining that different communities inhabiting the various geographic regions that get affected by the virus may have different genetic traits and levels of immunity to the virus.

And, interestingly, there is one mutation of Ebola virus called Reston that does not seem to affect humans the way other strains do. Ebola-Reston was first discovered in 1989 in monkeys imported from the Philippines to a lab in Reston, Virginia, for which it was named. While four people who had been exposed to the virus developed antibodies, they didn't actually get sick. In five other cases of Reston infections that have occurred in monkeys in the U.S., the Philippines and Italy, no humans got sick either. There was also one reported case of Ebola-Reston in pigs in the Philippines in 2008, when six workers from the pig farm and slaughterhouse developed antibodies but did not get sick, the CDC says.

In general, Ebola diagnosis is sporadic, compared with many other dangerous infectious diseases, noted Dr. James Fishback, a pathologist at The University of Kansas Hospital. While Ebola has an alarmingly high death rate, it affects far fewer people than many other deadly diseases.

"I am not worried about Ebola," he told CBS News, stressing that there are many other diseases that cause far more deaths than Ebola every year, but do not seem to attract as much public attention. For instance, malaria kills about million people a year, he said. Yet few other diseases can compare to the level of fear inspired by Ebola.