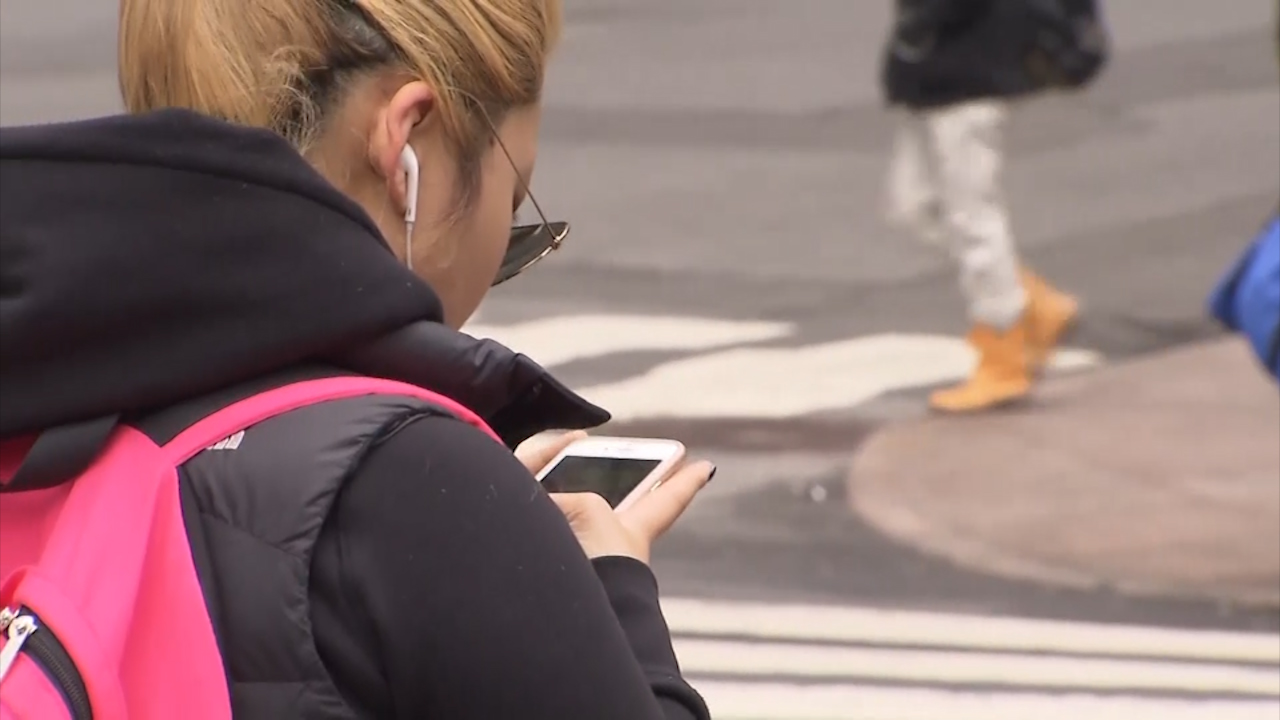 The dangers of talking and texting while driving have gotten a lot of attention, but that's not the only phone habit that could land you in the ER. Safety experts say many people are putting themselves at risk by walking around with their eyes glued to the screen.

"Ten years ago it would be rare to see people on their phones, and now almost everybody that I see is on their phone," said Oscar Moran, who admitted he texts while walking through New York City.

CBS News even caught one woman video chatting while she crossed a crowded street. "I know I shouldn't but I still do it," she said.

The phenomenon has become so common the Urban Dictionary has a word for it: Pedtextrian.

But while viral videos of people walking into plants or falling into fountains while staring at their phones may be funny, the situation is sometimes no laughing matter. One man in Philadelphia fell off a subway platform and onto the tracks while focusing on his phone conversation. Lucky for him, no train was coming.

The problem is becoming so widespread that this year the National Safety Council included distracted walking injuries as a category in its annual injury report for the first time. The nonprofit group says that as cellphone use has increased, so have the number of injuries, rising from fewer than 500 reported incidents in the year 2000 to more than 2,000 in 2011.

About 80 percent of such injuries result from falls.

Out on the street, "this distraction can cause [pedestrians] to trip, cross roads unsafely or walk into motionless objects such as street signs, doors or walls," the report warns.

But perhaps surprisingly, more than half of distracted walking injuries (52 percent) happen not on the streets but inside people's homes.

"When you think about the home environment, some of the most dangerous situations could be on the stairs where people can have a really bad fall," National Safety Council president and CEO Deborah Hersman told CBS News.

She said common injuries from distracted walking include sprains and concussions. Some patients suffered broken bones or dislocations. And Hersman warned that the number of such accidents could continue to rise as more people use cellphones wherever they go.