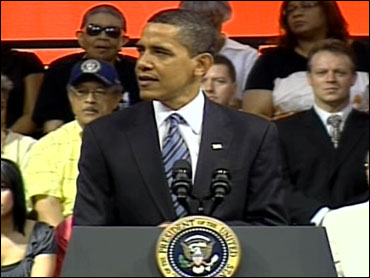 Newton's law that every action has an equal and opposite reaction is certainly not lost on the credit card industry, which lost a crucial battle when President Obama signed substantial credit card reform rules into law in May. Even though some of the changes are still several months away, shoppers are Home Depot and Best Buy will soon feel the first small waves from that backlash.

The idea of a backlash is hardly new economically. When the federal government cuts support to the states to save money, the states either cut back services or raise taxes. When the states try and save dollars by cutting back on counties, cities and other municipalities, the same thing happens, just one rung lower. In this case, as limits on increasing consumer credit card interest rates and penalty fees-coupled with new restrictions on giving credit cards to college students-kick in, the credit card brands must cover their losses somewhere. Major retailers are the logical place and those retailers are starting to push back. Fear not, though. If they fail, consumers will cover their losses through higher prices. This is retail's version of trickle-down economics.

The trickle-down example from Home Depot and Best Buy involves one type of credit/debit card payment, known in retail circles as contactless payment. It's simply a card with a small chip embedded in it, which allows the consumer to wave or tape the card to make a payment, as opposed to swiping or sliding the card. MasterCard sells them as PayPass cards and Visa dubs their contactless cards PayWave.

Visa recently made a change to the fees that it charges retailers-something called an interchange rate-and it means that retailers must pay them a lot more when a consumer uses a Visa contactless debit card. In other words, when a consumer walks into a Best Buy and buys a $300 Blu-ray disc player, the amount of money the retailer gets to keep will differ sharply based on which Visa card that consumer chooses to use. By increasing those charges, Visa is trying to make up for some of the money lost through the new law.

Best Buy pushed back last week (July 16) when it issued a statement to retail technology publication StorefrontBacktalk that was the retailer's equivalent of a shot across the bow at Visa. Best Buy said that it "is constantly looking at ways to reduce the cost of check lane tender. As part of this exercise, we are evaluating the continued acceptance of Visa-issued contactless payment cards in our stores in light of recent price increases. However, at this time we have not completed our analysis."

"I am very concerned about the Best Buy move," said Philip Philliou, a former MasterCard and American Express executive who now trains on payment issues as a principal with Payments DeepDive. "The Best Buy consumer is the best base to use for contactless. If there are any fast adopters out there, it's going to be those customers."
In the world of large retailers, though, another chain is also playing a role in these contactless payment Visa shenanigans. Home Depot, a much larger retailer chain with some $71 billion of revenue last year, is quietly planning to start accepting contactless payment later this summer, with the devices to be installed in every one of Home Depot's 2,238 stores by the end of this year.

Home Depot's move is fueled to a large extent by a significant cash payment by MasterCard, which has a much stronger investment in contactless payment. There are some who suggest that Visa would shed few tears at contactless payment's demise, as it's been something that MasterCard has been aggressively pushing. Getting Home Depot to start accepting that form of payment will absolutely help keep contactless viable.

This means that Visa is getting attacked on two fronts, Best Buy for charging too much and MasterCard-through Home Depot-for undermining contactless payment. This is on top of the government's efforts to reign in Visa and its banks.

But this is not to suggest that Home Depot is willing to accept Visa's new higher contactless fees, but that they'll deal with those issues after deployment. One official involved was more blunt and he put the deal into a broader context. "Every retailer is fairly pissed about the interchange fees, but the interchange fee is one that everyone has been dealing with and they will reach some type of resolution," said the source. "But at the end of the day, that doesn't mean that you stop looking at technologies that are appropriate. If it was a big outlay for Home Depot, I would seriously doubt that they would have done it."

It's hardly news that contactless payment hasn't exactly has a bump-free existence, with even some recent endorsements-such as this one from Subway about a Canadian contactless trial-having a very lukewarm quality.

The Home Depot deployment is another good example. On the one hand, this isn't a trial. Home Depot is making the unusual move of bypassing a trial and immediately deploying contactless across its entire chain. But people close to the deal have gone out of their way to stress that this should not be interpreted as a strong endorsement of contactless payment.
Home Depot corporate would not comment on next month's deployment, beyond issuing a short statement Wednesday (July 15) that "The Home Depot routinely reviews and tests new technology in our stores to make the shopping and checkout experience more convenient for our customers." Paula Drake, from the Home Depot corporate communications department, added helpfully: "Other than (what is in that statement), I decline to comment on any specifics."

The concerns that many retailers have expressed-beyond the card fee issues-is the lack of a substantial value-add for the cards. Contactless vendors tout the cards as more convenient and faster, but consumers have been-for the most part-unimpressed with the convenience difference between taking a card out of their wallet and swiping it and taking a card out of their wallet and tapping or waving it. Even to the extent that there is a convenience boost, that only makes money for retailers if it accelerates lines to such an extent that it can cram in more sales. And then even if that happens, it still needs to overcome any increased processing fees.
That said, the future of contactless could carry and transmit much more information and it might permit larger read distances (with security protections) to truly enable better convenience.

For now, though, contactless is at a crossroads, if you will. If a few more powerhouse chains like Home Depot come on board, that could raise the comfort level of quite a few retailers, which might make a major marketshare difference for contactless. On the flip side, though, if a few more major players like Best Buy start abandoning contactless (or sharply limit it, as Best Buy is threatening to do), that could also mushroom, giving other retailers cover if they, too, want to pull back. Such a stampede could easily cripple if not outright kill the contactless movement in the U.S..
Until then, though, ambivalence certainly seems to represent a lot of the contactless sentiment. "Some retailers are saying that they'll do it when they absolutely need to" because of consumer demand, said Russell Hardy, the VP for retail channel sales for Ingenico, the contactless vendor working with Home Depot.

That's where contactless can get very chicken-or-the-egg. Consumers aren't likely to demand it until they've used it a lot and grow fond of it. And that's not likely to happen until many-if not most-of their favorite retailers start showcasing it. In short, consumers are waiting for the retailers to deploy and retailers are waiting for consumers to demand it.
Another hurdle for contactless is that, beyond convenience chains, it's rarely seen in small to mid-size players. There are several reasons for that. First, unlike Home Depot, there aren't vendors lining up begging to deploy the technology for free, nor are the card brands offering big-money deals. Secondly, smaller merchants often have shorter customer lines. Without those lines, it's much more difficult to justify a contactless deployment.