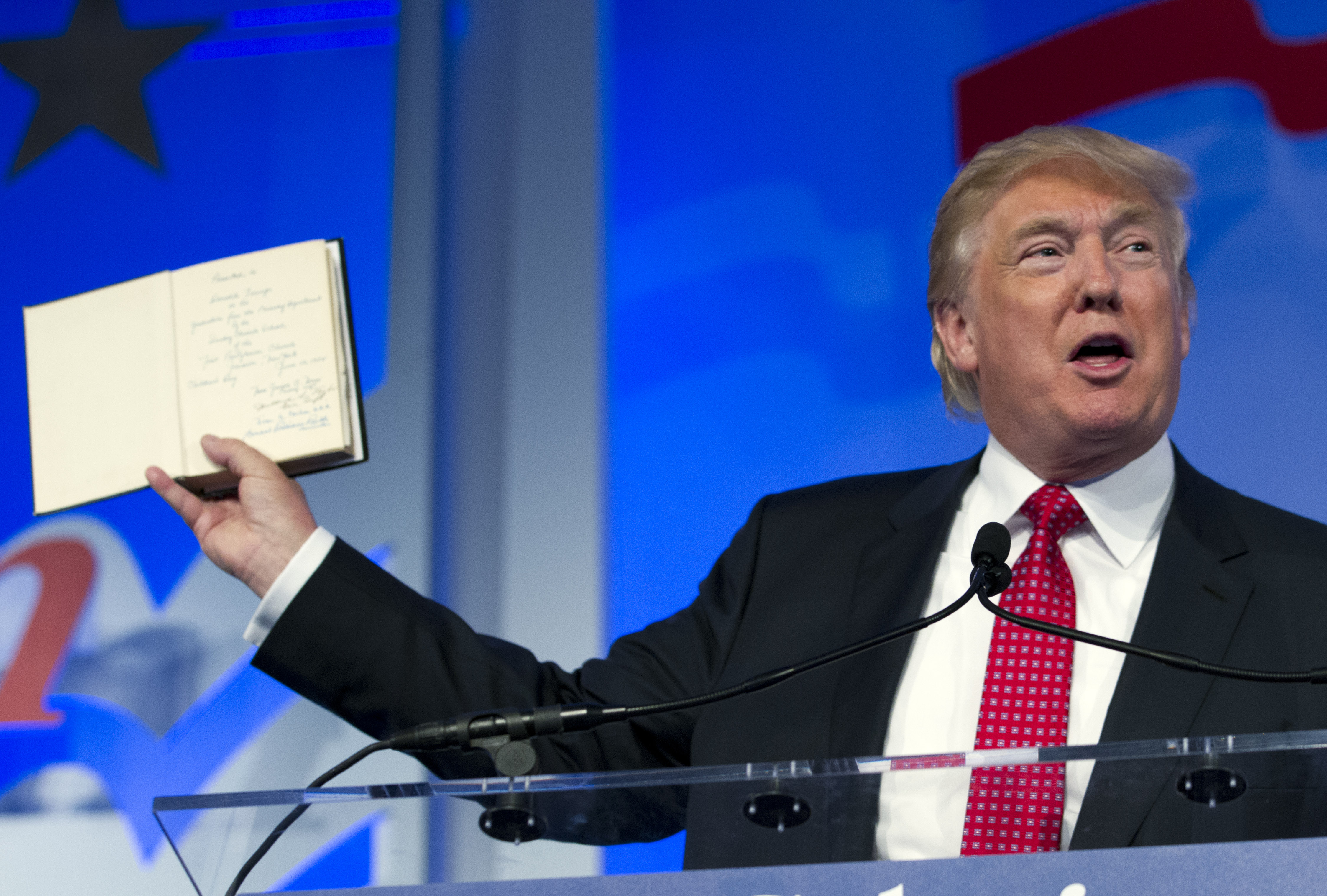 The results are in at the Values Voter Summit -- and, for once, Donald Trump fails to top a conservative poll.

The straw poll at the summit, a conservative gathering hosted by the Family Research Council in Washington, D.C., showed Texas Sen. Ted Cruz winning over voters, leading the pack for the third year in a row.

Registering at fifth place on the survey results: Donald Trump, the GOP front-runner in many state and national polls.

The religious conservatives in attendance simply weren't buying what Trump had to offer. Despite bringing his Bible on stage when addressing the audience, Trump registered at only 5 percent. Trump was even booed at the summit when he slammed Rubio over his immigration policies and called him a "clown."

Below Trump, Pennsylvania Sen. Rick Santorum and former Hewlett-Packard chief Carly Fiorina came in with 4 percent and 3 percent of the vote, respectively.

Trump's low support among the conservative evangelical base will come as no surprise for those following the billionaire's presidential campaign. Trump has been known to flout convention when it comes to wooing the religious right, even admitting once that he was "not sure" that he had ever asked God for forgiveness.

"If I do something wrong, I think I just try and make it right, I don't bring God into that picture," Trump said in July at the Family Leadership Summit in Iowa.

Of the issues most important to attendees, the top three included protecting religious liberty, advocating against abortion rights and protecting "natural marriage."

Carson, with 25 percent of the vote, was the first choice for the vice-presidential slot.