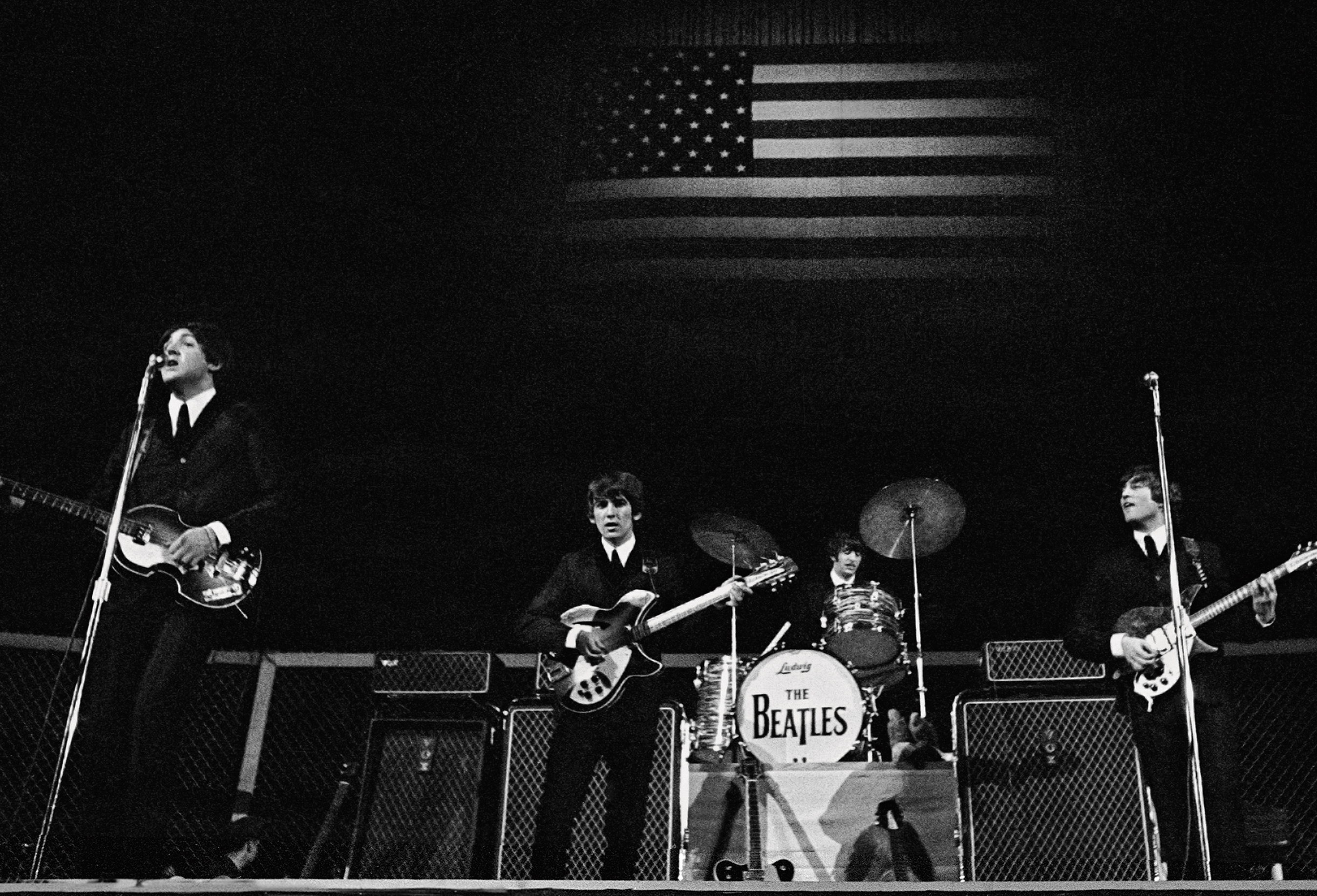 It was record-shattering, precedent-setting, groundbreaking, earth-shaking and moneymaking.  The Beatles' 1964 tour of North America would forever change the concert industry.

In February 1964, after finally achieving a number-one hit in America, the Fab Four came to the United States with high hopes, performing on the widely popular Ed Sullivan Show both in New York City and Miami Beach and playing concerts at Carnegie Hall and the Washington Coliseum.  In just 15 short days, the Beatles conquered America.

On the heels of the successful Sullivan shows, Beatles manager Brian Epstein and Norman Weiss of NewYork's General Artists Corporation drew up an ambitious plan to present the Beatles to America's teenagers in a series of concerts that would crisscross the nation.  The group would play in L.A.'s Hollywood Bowl, Colorado's Red Rocks Amphitheatre, venues from Chicago to New Orleans, Boston to Jacksonville.
(Plans were nixed for the Beatles to appear at Los Angeles' cavernous 80,000-seat Coliseum, a show GAC wanted Disneyland to partner with, and the East Coast's equivalent, Freedomland, where Weiss suggested three shows daily over a three-day period!)

All told, the first official tour of North America would have the group play a staggering 32 shows in 26 venues in 24 cities in just 33 days.  In the end they would walk away richer by $1 million -- in today's dollars, about $7.5 million. GAC's Weiss marveled, "In the more than 15 years that I have been in this business, I do not know of any attraction that has come close to this sort of money in so short a tour."

Elaborate plans were drawn up to transport the Fab Four to hotels and venues.  These included the use of ambulances, police paddy wagons, armored trucks, and, in one case an empty fish truck.  Hucksters as well as managers of fine hotels gathered up bed linens, pillowcases and even the carpet the Beatles walked on to be cut and sold off to fans that were eager to get their hands on anything the Beatles touched.

Perhaps no musical act before or since will ever rival the Beatles on their groundbreaking tour of 1964. John Lennon, Paul McCartney, George Harrison and Ringo Starr would not only leave an indelible impression on their fans in the United States and Canada, but also leave the continent with devotees hungering for more.

Chuck Gunderson is author of the upcoming book, “Some Fun Tonight,” an epic two-volume set on the history of the Beatles' North American tours of 1964 to 1966.