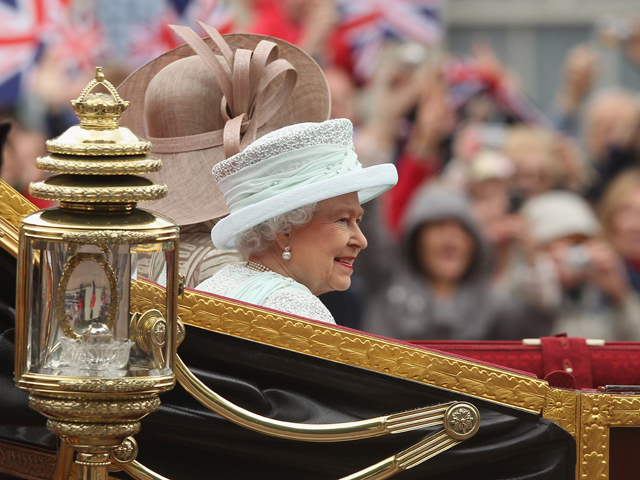 (MoneyWatch) COMMENTARY I've been in the U.K. watching Queen Elizabeth II's Jubilee celebrations with something akin to amazement. The weather's been awful. The British economy is in the doldrums. The music -- Robbie Williams, Grace Jones, Tom Jones, and Paul McCartney -- represents the worst of an otherwise vibrant music culture. So why is everyone so cheerful?

Cultural punditry has run riot trying to explain the success of the British monarchy and the affection that Elizabeth inspires in her people. But for us common mortals, I think there's a straightforward lesson here in what can be thought of as "servant" leadership. The British are grateful to their queen for taking on a not very thrilling job and doing it well (mostly) and without complaint. And they like things that last.

In this, I don't think the British are very different from anyone else. While it's fashionable to celebrate the flashiest new startup, the gargantuan IPO, and the newest new kids on the block, we all feel a little vertiginous when that's all we read about. Outrageous wealth may be exciting; it can also be vaguely repugnant. We may be the sharpest of cutting-edge early adopters, but we also revere the businesses and organizations that have proved they have staying power. Look at the most revered brands -- Mercedes, Disney, IBM, Toyota, Coca Cola, GE -- and you see persistence through adversity. That the queen has knuckled down and done the job, despite all the excellent reasons not to, has earned her grudging admiration even from those unimpressed by her intellect and dress sense.

That isn't to say that disruptive newer generations don't have a role to play; of course they do. We need innovators and transformers, challengers and mavericks. But trust and stability count for a great deal. And in the midst of economic turbulence, they count for more than ever. It's no accident that the queen's popularity is so high at a time when certainty -- about anything -- is so abysmally low.

It's not that I'm a monarchist -- I'm not. I loathe the concept that the U.K. is a kingdom of subjects, not citizens. The idea that there is a class of person intrinsically superior to another repels me; I'm a democrat and egalitarian to the bone. But I do believe that companies and institutions not only serve themselves, but also should and can serve society. And in doing that, by all appearances, Elizabeth turns in a pretty solid performance.

Management guru Peter Drucker once wrote that companies were now destined to be built like tents: designed to be raised and dismantled quickly. What he seems to have overlooked is that most people choose camping only as a vacation, a break from the norm. Few of us choose it as a way of life.

What I sense in Britain -- and elsewhere -- is a hunger for stability, commitment, and a sense of service that goes beyond personal greed and ambition. It would be nice to think there were more modern institutions that embody those values.