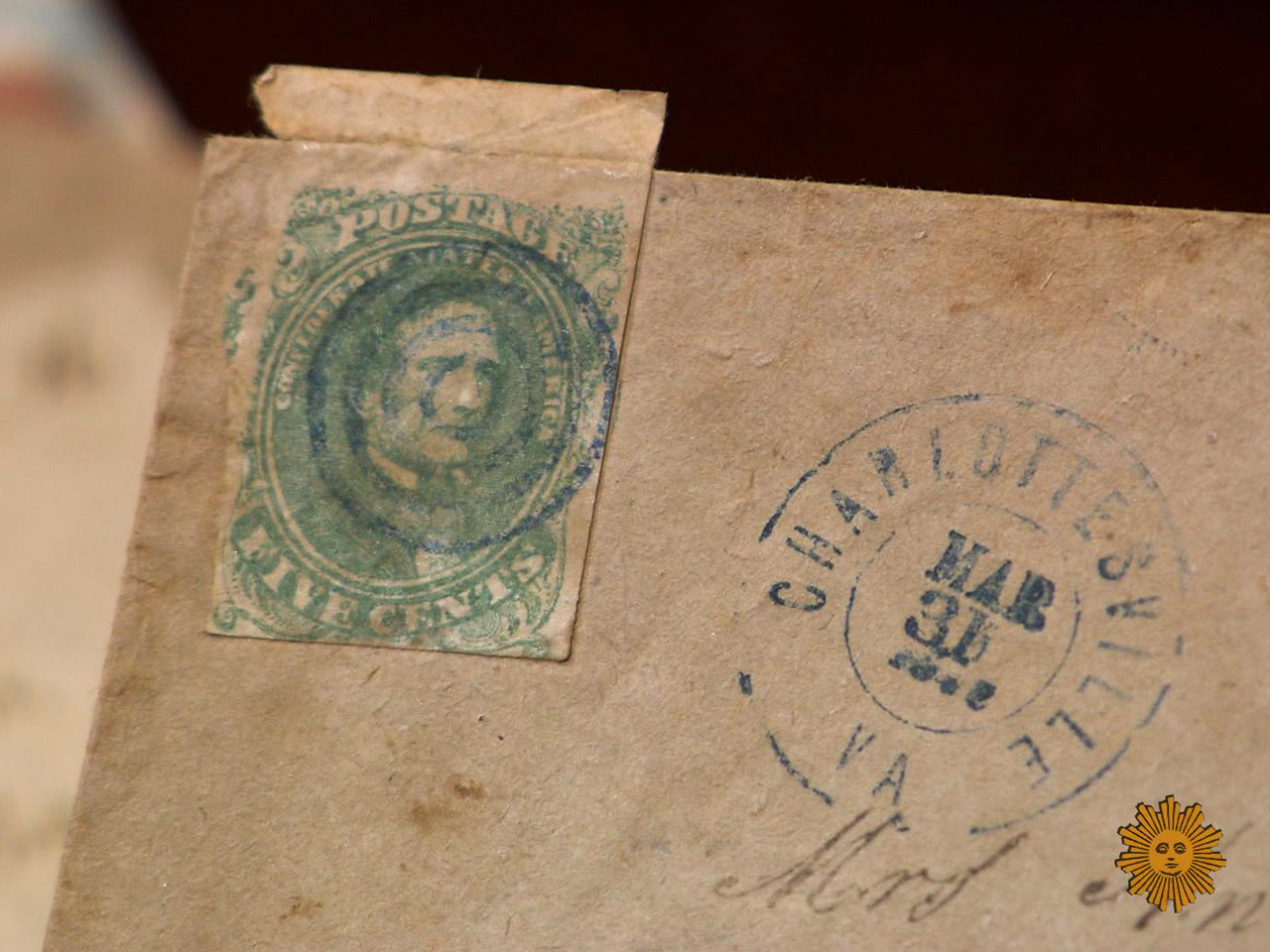 No true philatelist would pass up an 1860s stamped Pony Express envelope, now valued at as much as $50,000. No wonder Rita Braver can find dedicated stamp collectors in all sorts of places:

Captain David Robinson not only loves piloting his tour boat down the waterways of Richmond. He also loves all things Virginia -- especially his stamps.

"I have some stamps here from the Confederacy," he said, showing off the first Confederate stamp with Jefferson Davis' picture on it.

He first started collecting at the age of 10. And what made him stick with it?

"Girls," he laughed. "I realized that I could make money buying and selling stamps. And the having of money translated into the geeky kid being able to get the girl."

He's been collecting ever since, and recently he made his biggest find ever.

But the story really begins in 1918, when the U.S. Postal Service issued a stamp in honor of the Jenny, a World War I-era biplane.

The stamp was red and blue, and on one sheet the blue was printed upside-down.

Those stamps are now worth millions, and far out of reach for people like David Robinson. But in 2013 the U.S. Postal Service decided to commemorate its most famous mistake, purposely issuing a new upside-down Jenny stamp.

And then the Postal Service did something really tricky:

"Shortly after announcing that they had printed 2.2 million of these sheets, they announced they printed 100 with the airplane right-side up," said Robinson. "All of a sudden the stamp collecting world was shaken upside-down."

Those became the ones to have -- and Robinson wanted one, badly.

He opened the plastic envelopes slowly, to savor the experience. He savored that experience 2,900 times before finally striking gold -- finding a sheet of right side up Jennys.

And he made a modest profit when he sold it at auction for $45,000 to an anonymous buyer. "I beat the odds," he said.

Robinson is part of a proud tradition of stamp collecting. Once upon a time stamp collectors, known as "philatelists," seemed to be everywhere. There are still die-hard collectors -- and some budding ones. But it's clear the hobby has lost a bit of its luster, which seems a shame to Patrick Donahoe, Postmaster General of the United States.

"I think American stamps tell the story of the American experience," he said. "If you go back to the first postage stamps, [they depicted] Washington and Franklin, the founding fathers of our country. Then, probably around the turn of the century, in 1900, we started issuing what's called commemorative stamps. That's where we got into the history of the U.S.

"And now, we've evolved over time into culture -- even things like birds and flowers."

Donahoe and a citizens advisory committee choose about 35 new stamps to be produced each year, from 20,000 to 30,000 suggestions that pour in.

The story of American stamps is on display at the Smithsonian's National Postal Museum in Washington, D.C., featuring the number-one bestselling stamp of all time. When the Elvis stamp went on sale in 1993, crowds went wild. (Watch video at left.)


Elvis may be the king of stamps, but the gallery where he sits in state was funded by the king of stamp collectors, billionaire Bill Gross. He's a co-founder of the global investment firm Pimco -- so important, he made headlines a few months ago just for changing jobs.

But when it's time to relax, Gross said, he'd sit with his stamp collections which watching sports programs on weekends. "Yeah, and hopefully not get too excited and rip up some of the stamps!"

He's sold many of his stamps and given the money to charity, but acknowledges spending more than $100 million on his hobby over the years.

He told Braver his aim had been to collect a copy of every single stamp that the U.S. put out during the 19th century. "There's probably 350 to 400 in total," he said.

Including one issued in 1868, featuring Ben Franklin, of which there are only two specimens in the world.

He also got his hands on a more recent rarity: the commemorative of the Inverted Jenny, printed right-side up. "I call it the Inverted Inverted," said Gross.

"Did I know what it was worth? Absolutely not," said Gross. "I simply knew that maybe at some point it could be worth $100,000!" he laughed.

Back captaining his boat, Robinson doesn't care if Gross makes a profit off the deal. For him and his wife, it's not really about the money: "We're famous! Gail and I are written into philatelic history now," Robinson said. "Our picture was on the front page of Linn's Stamp News!"

""For someone like you, this is a really big deal," said Braver.

"It's the pinnacle of stamp collecting," he replied, "to make an original discovery like this. And basically every stamp collector in the world for a few weeks [says], 'I wanna be him!'"

David Sedaris on the wonders of Alaska

The B-52s: We "never set out to change people's lives, but it happens that way"