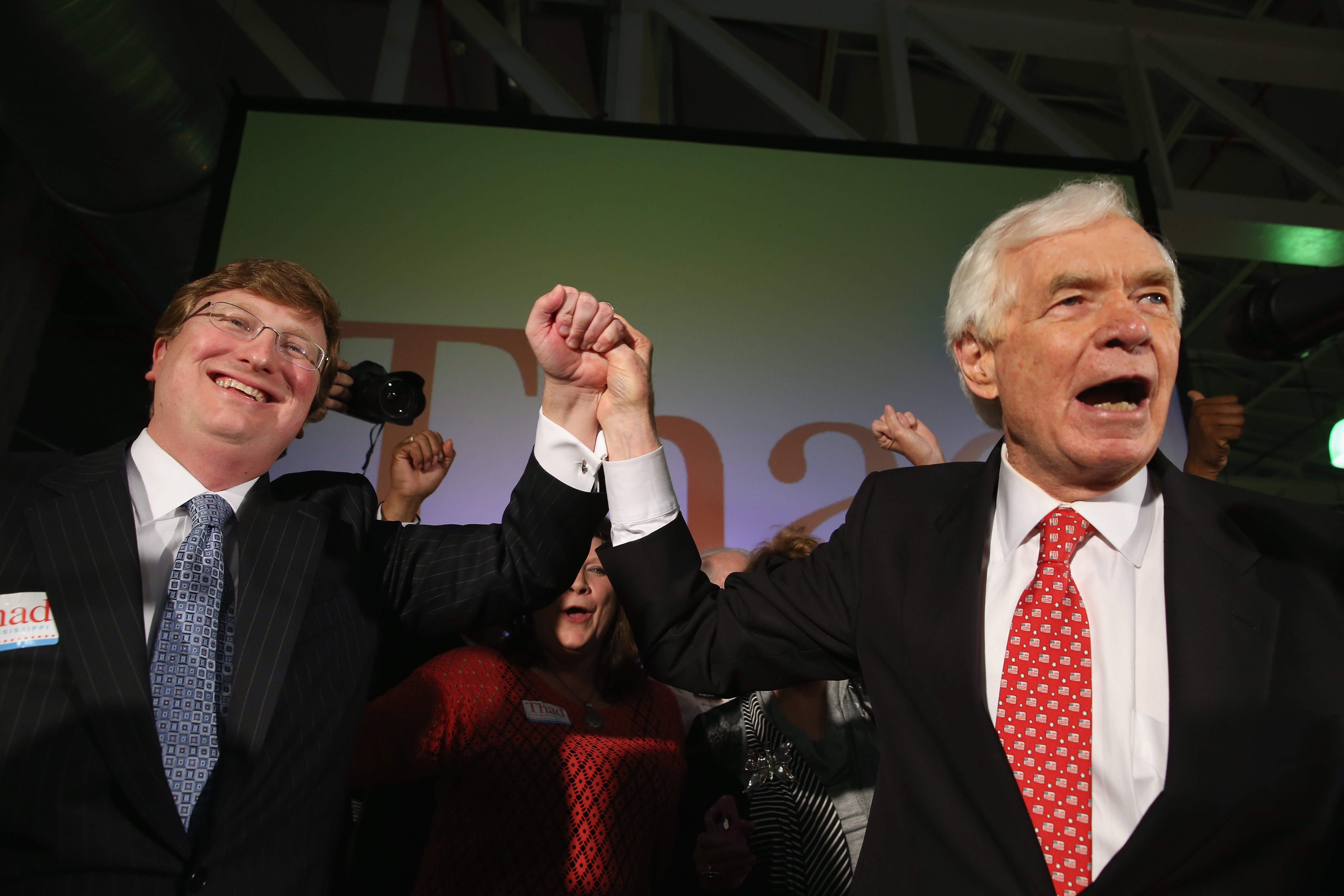 If you are a Republican political strategist, pollster, or shaman and you were thinking about buying a summer home or knocking out the wall in the kitchen to make a breakfast nook, you can go ahead. Billable hours are about to skyrocket.

Sen. Thad Cochran's victory over tea party-backed challenger Chris McDaniels in the Republican Mississippi runoff--a rare come-from-behind win for a sitting senator--only affirmed the lesson from previous elections this primary season: If you are an incumbent, you need to be wary, attentive to your constituents, and prepared to defend yourself. Political professionals are more necessary than ever.

Run scared or run unopposed. If you're looking for a grand unifying theory that ties Cochran's surprise win to the other outcomes of this Republican primary season, that's a good one. It's an ancient political cliché--you can find it on needlepoint pillows in some homes--but Cochran almost forgot it. Former House Majority Leader Eric Cantor forgot it. Sens. John Cornyn, Mitch McConnell, and Lindsey Graham, who all coasted to primary victories over their grassroots challengers, never did. They prepared for their tea party foes and fought back by amassing enough money, hiring the right staff (McConnell picking up Rand Paul's campaign manager), calling in air cover from friends at the Chamber of Commerce, and not straying too far from their constituents.

If the message is to always run scared, then you'll need a pollster to get a temperature reading of how your constituents feel about you. You'll need a local strategist to monitor things on the ground so that your weekend visits are spent stroking the right people, and that strategist should keep an organization warm in case you need to get out the vote. If there's a consultant who can be kept happy in the nonelection years, best throw her some business--you might need her to run your super PAC for you. Cantor's pollster was way off about his race, but that just hurts his reputation. Other lawmakers will take the lesson that they need to just do more polls or hire more expensive pollsters.

Cochran was a reluctant candidate, cocooned from the cut and thrust of campaigning by his temperament and long incumbency, but he had a team of local professionals that was scared for him.

The Barbour brothers, Austin and Henry, have been on emergency duty for months. Austin worked inside the campaign and Henry ran the pro-Cochran super PAC. Their uncle, former Mississippi Gov. Haley Barbour muscled on Cochran's behalf, too. Stuart Stevens, late of the Romney campaign, also returned to his native state to lend a hand.

After the blow in the June 3 primary, the team set to work contacting powerful friends outside of the state, energizing the locals, and saying lots of things suitable for a screenplay, as this reconstruction in Politico attests. The victory included a late-in-the-game political ad staring Bret Favre, the former Green Bay Packers quarterback's most effective comeback since he stopped playing football.

The team exploited scandal, celebrated Cochran's pull in Washington (rather than implausibly trying to hide it), reached out to black voters, and pumped up the Chamber of Commerce Republicans who were a little drowsy in the original primary vote three weeks ago. Turnout for the runoff was greater than for the primary, the first time that has happened in 30 years. That was not achieved by Cochran's last minute dazzling displays of charisma.

This race proves that grassroots conservatives are still a strong and vibrant force. They almost knocked off a veteran senator. But this is not good news for the tea party. If incumbents are now more nervous than ever after the Cochran squeaker and Cantor's collapse, then it means those incumbents are going to raise even more campaign money to pay those pollsters and strategists. The fastest way to do that is to become friendly with the lobbyists and insiders who control that world. This is not just a victory for an old-time senator who grassroots activists associate with Washington's capitulating ways. It's a boost to a campaign and governing culture that they despise.

Sen. Mitch McConnell has to be very happy. If the minority leader becomes majority leader after this election, he's going to face a difficult task managing a small Republican majority. He'll have to balance two things: senators up for re-election in battleground states in 2016 who will want to notch accomplishments and not alienate swing voters, and conservative agitators like Sen. Ted Cruz who will want to make a name for themselves by bucking the GOP leadership. McDaniel was more likely to be in the latter camp. Cochran will largely go along with McConnell's goals.

"Senator Cochran's come from behind victory is an amazing achievement and a reminder that campaigns matter (as was true in Cantor's defeat)," former House Speaker Newt Gingrich wrote on Twitter. When political professionals say "campaigns matter," it means they are coming down a long-running debate between whether long-term trends or talented candidates and tacticians determine what voters do. In presidential campaigns, it's clear that long-term trends deserve more weight than the decisions made by frazzled strategists barking orders in the holding room at the Akron, Ohio Courtyard Marriott, but the answer is usually that both campaigns and trends matter. The problem, as one pollster once said to me, is that we don't know how much of one and how much of the other. However, for a fee, someone in a conference room or on a scratchy conference call will give you their theory. If you're in office, you'd better keep them on speed dial. Their calendar is about to get a lot more full.