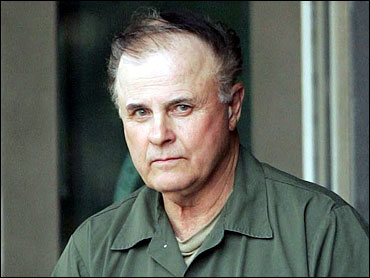 Authorities say a man accused of trying to sell a bomb to Osama bin Laden's al Qaeda terrorist group also wanted to help the terrorist group set off explosive devices in Washington, D.C., New York and at a Super Bowl.

Ronald Allen Grecula, 68, of Bangor, Pa., was arrested in Houston last week during a meeting with undercover federal agents and local officers. According to authorities, Grecula believed he was meeting with members of the Russian mafia who had al Qaeda ties.

At a court hearing in Houston Thursday, FBI agent Shauna Dunlap testified that Grecula said he wanted to build and sell an explosive device with a force similar to a nuclear weapon to al Qaeda for use against Americans.

Authorities say Grecula was angry at the government over losing custody of his children, whom he had kidnapped in November 2000. He spent about a year in prison on the kidnapping charge. His wife and children now live in a Houston suburb.

According to Dunlap, he also told an undercover FBI agent the device should be used in Washington because it could "take out whole city blocks."

Dunlap testified that Grecula also suggested that al Qaeda could use the device to blow up the Federal Reserve Bank in New York.

At Thursday's hearing, Brent Newton, a public defender who is Grecula's attorney, argued there is no cause to proceed with the case because his client only "did a lot of grandiose talking."

U.S. Magistrate Judge Calvin Botley disagreed, saying there is merit to the federal government's case. Botley ordered that Grecula be held without bail because he poses a danger to the community and to his estranged wife.

The FBI agent also testified Grecula claimed he could build a bomb from supplies purchased at a welding store. Grecula, said Dunlap, also talked with an undercover FBI agent about making a radioactive "dirty bomb" that spews hazardous material, using his device at a Super Bowl game and using remote controlled model airplanes filled with explosives to blow up bridges in the northeastern part of the country.