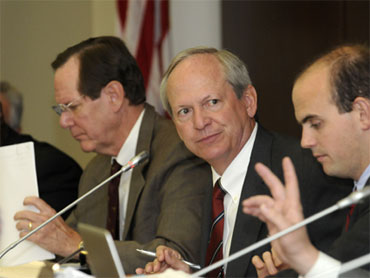 Many have dubbed Los Lonely Boys as the "future of Texas roots rock."

Raised in Nashville, but now living in San Angelo, Texas, the three Garza brothers deliver a blend of blues, rock and country. The critics are raving about their tight harmonies, and guitar playing reminiscent of Stevie Ray Vaughn.

The three 20-something Mexican-American brothers - Henry Garza (guitar), Jojo Garza (bass) and Ringo Garza Jr. (drums, natch) - have been playing instruments since their youth. The brothers first performed with their father, Ringo Garza Sr., before starting Los Lonely Boys in their teens.

Their father taught the boys how to play music and took them to performances as he played with his seven brothers in a family conjunto group. (Conjunto is a style of Latin ensemble music developed in the 1940s.) When the conjunto group broke up, he used his sons as his backup band.
Los Lonely Boys say their father was their biggest musical influence, exposing them to rock and roll and the music that the conjunto group would play.

The group's single "Heaven" is a hit on Triple A radio (adult album alternative). It is one of many songs from their debut album that delivers the sound of blues, rock, country and various Tex-Mex sounds, sung in Spanish and English.