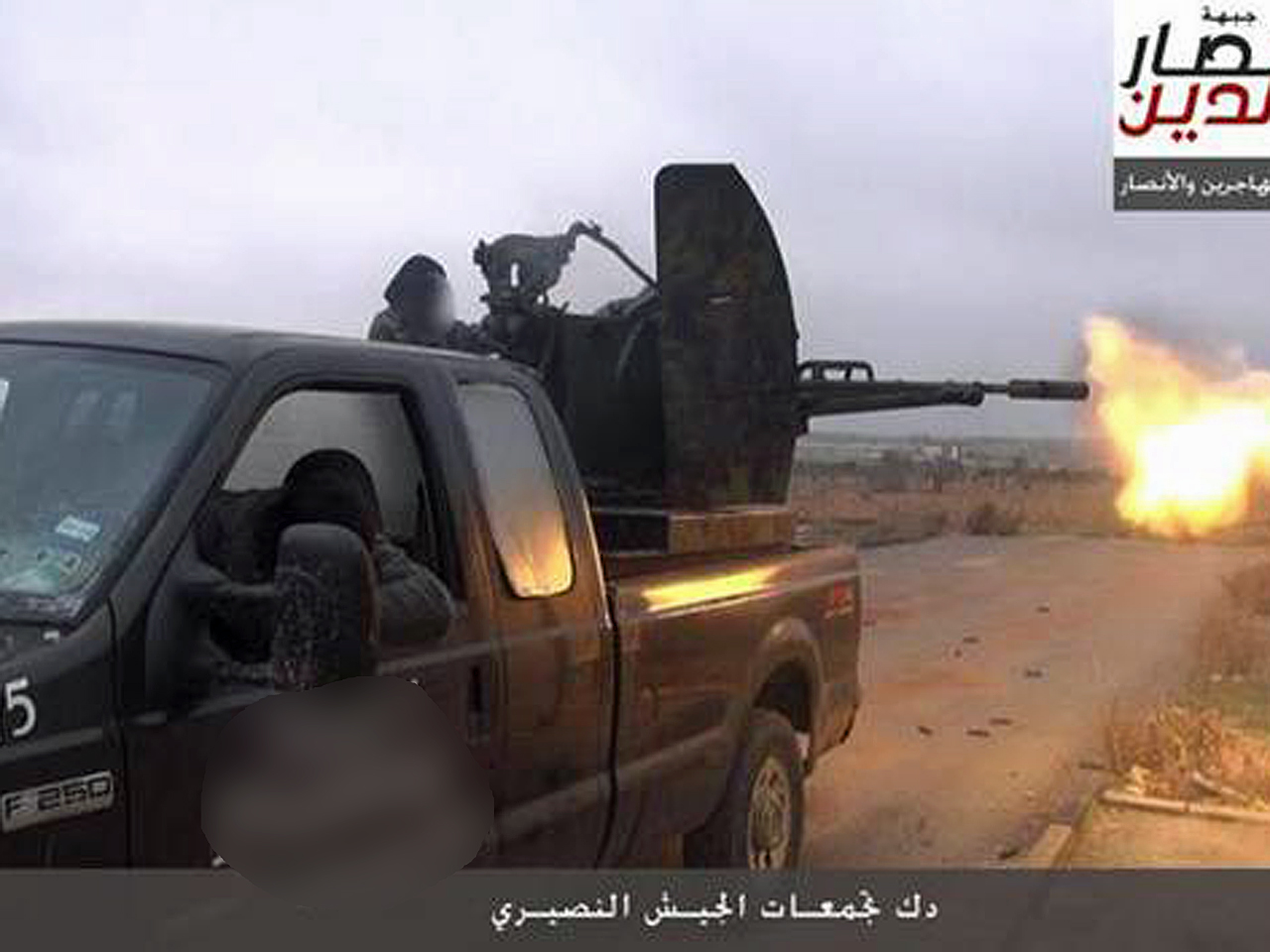 LONDON -- A pickup truck once owned by a plumbing company in Texas has somehow found its way to the front lines of Syria's civil war and been converted into an anti-aircraft weapon for Islamic militants.

A photo posted to Twitter on Monday by the Ansar al-Deen Front, an Islamic extremist brigade seemingly comprised largely of Chechen fighters, shows the Ford F-250 with a militant standing in the bed firing the anti-aircraft gun.

Speaking to CBS News Tuesday morning, a representative of the plumbing company in Texas City said the vehicle was sold to the AutoNation dealership in Houston in Oct. 2013, and that's the last they knew of it.

The company has been besieged by phone calls -- including threats -- since the photo appeared online, clearly showing the company's name and phone number. CBS News is not identifying the company due to the nature of some of the attention it has received.

They have employed an attorney and intend to pursue legal action to force Twitter to remove the photo from the Internet.

Reached by CBS News Tuesday morning, a person identifying himself as a manager at AutoNation would not comment on the sale history of the vehicle in question, saying "we can't give information like that over the phone," before hanging up the phone.

The representative of the plumbing company in Texas City said they would "most definitely" be removing their logo from all vehicles sold in the future.

Ansar al-Deen Front has been fighting in the complicated Syrian war primarily around Aleppo, Syria's largest city and formerly the economic powerhouse of the nation.

It has been the scene of some of the most vicious fighting between Syrian President Bashar Assad's forces and the myriad rebel groups trying to topple him, but is largely controlled by the Islamic State of Iraq and Syria (ISIS).