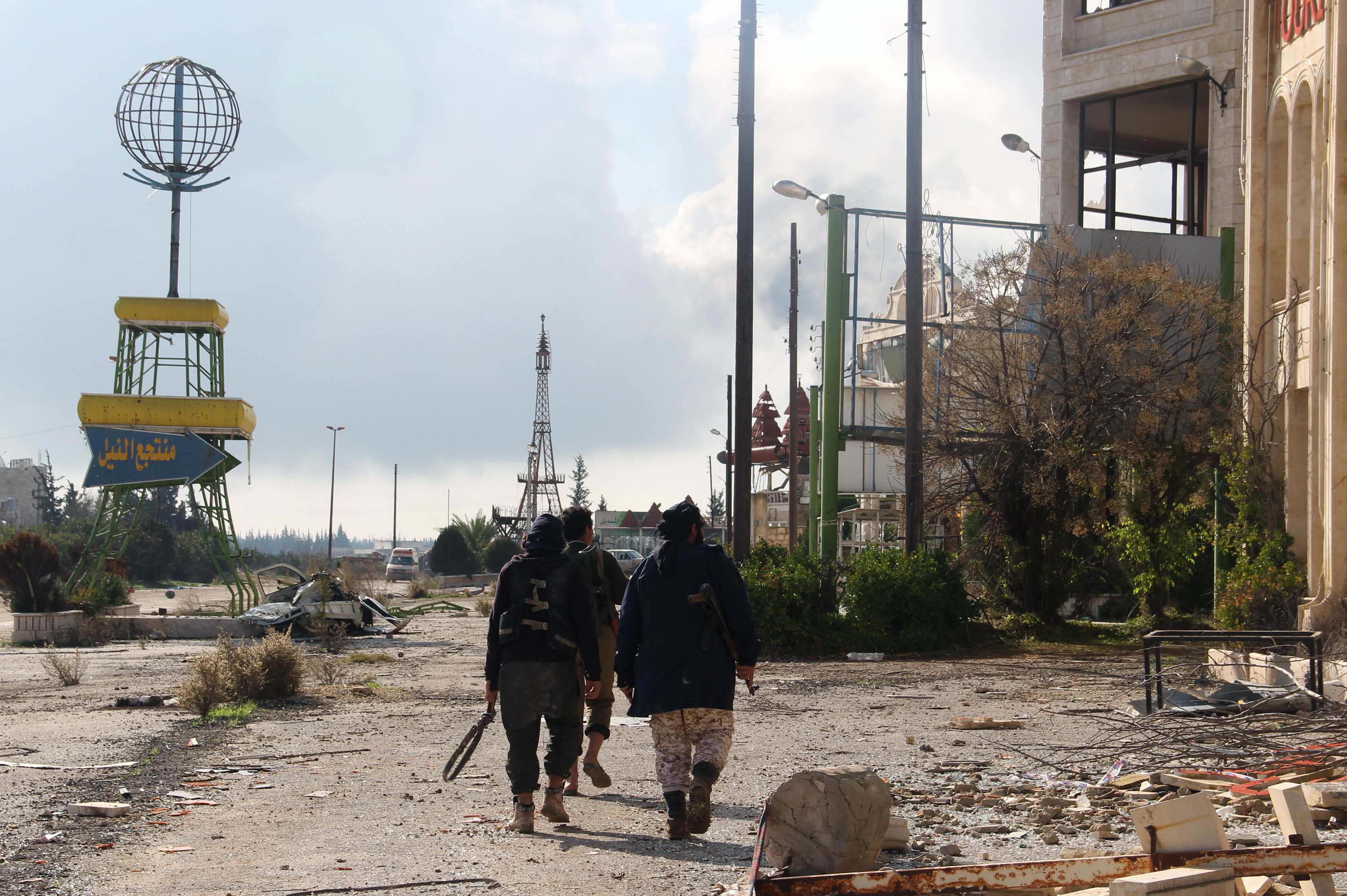 The fall of the two bases - Wadi Deif and Hamidiyeh, both located near the town of Maaret al-Numan - is a significant blow to the Syrian army, which had managed to hold on to them for more than two years, repelling repeated attacks by an array of opposition groups.

The battles for "these two bases were exhausting the rebel factions," said Hussam Abu Bakr, a spokesman for the ultraconservative Ahrar al-Sham group, one of the strongest rebel factions in northern Syria. He said his group captured Hamidiyeh base.

The Britain-based Syrian Observatory for Human Rights and an Idlib-based activist who goes by the name of Mohammed al-Sayid said members of the al Qaeda's Nusra Front and other rebel factions captured the Wadi Deif base Monday morning and the nearby Hamidiyeh base in the early afternoon.

Abu Bakr told The Associated Press via Skype that government forces first withdrew from Wadi Deif to Hamidiyeh and then from Hamidiyeh to the nearby village of Bsida.

Then, the rebels captured Bsida, forcing government forces to gather in the village of Maar Hattat, which is now being besieged, said Abu Bakr. "There are more deaths and more prisoners every hour," he added.

State-run Syrian TV said Syrian armed forces were engaged in fierce battles in Hamidiyeh after "carrying out a redeployment" in the Wadi Deif region Monday morning. It did not elaborate.

The Observatory said that at least 31 government soldiers and 12 opposition fighters have been killed in the clashes since Sunday. The group, which tracks the fighting in Syria through a network of activists on the ground, said that rebel factions also captured about 15 government troops.

Government forces have suffered enormous losses at the hands of Islamic extremists in northern Syria. Earlier this year, members of the Islamic State of Iraq and Syria (ISIS) group took over a string of government air bases in the northern province of Raqqa, slaughtering scores of Syrian soldiers after seizing them.

A Twitter account run by the Nusra Front in Idlib province said fighters are now removing mines from the area after the "Wadi Deif camp was liberated."

Rebels and the Nusra Front control much of the countryside of Idlib province while government forces dominate the provincial capital - also called Idlib.

The capture of the bases came a day after rebels and Nusra Front fighters took over seven government checkpoints around Wadi Deif and Hamidiyeh.

Idlib-based activist Asaad Kanjo said the government still holds the town of Ariha in Idlib as well as the Qarmid base near the provincial capital.

The Nusra Front has become one of the most powerful factions in Idlib province after it last month defeated the moderate Syria Revolutionaries Front headed by Jamal Maarouf, who has since fled the area.

The latest round of fighting came as European Union foreign ministers met in Brussels on Monday to discuss ways to help implement a U.N. plan for a localized cease-fire in the northern Syrian city of Aleppo. They pledged their assistance to help rebuild basic services and local government in the city if a plan proposed by U.N. special envoy to Syria, Staffan de Mistura, to halt the fighting there can be implemented.

The U.N. has been trying to bring about a strategic de-escalation of violence in Syria to permit the delivery of humanitarian aid and set the stage for peace talks.

In what was described as a policy change, Federica Mogherini, the bloc's foreign policy chief, said later Monday that the ministers went on record in a statement as being "ready to engage with all regional and international actors with influence over the Syrian parties."

She told reporters later that specifically meant Saudi Arabia and Iran, as well as Russia - one of Assad's closest allies.

"There could be a good chance for Russia to play a positive role in the region," stressed Mogherini.