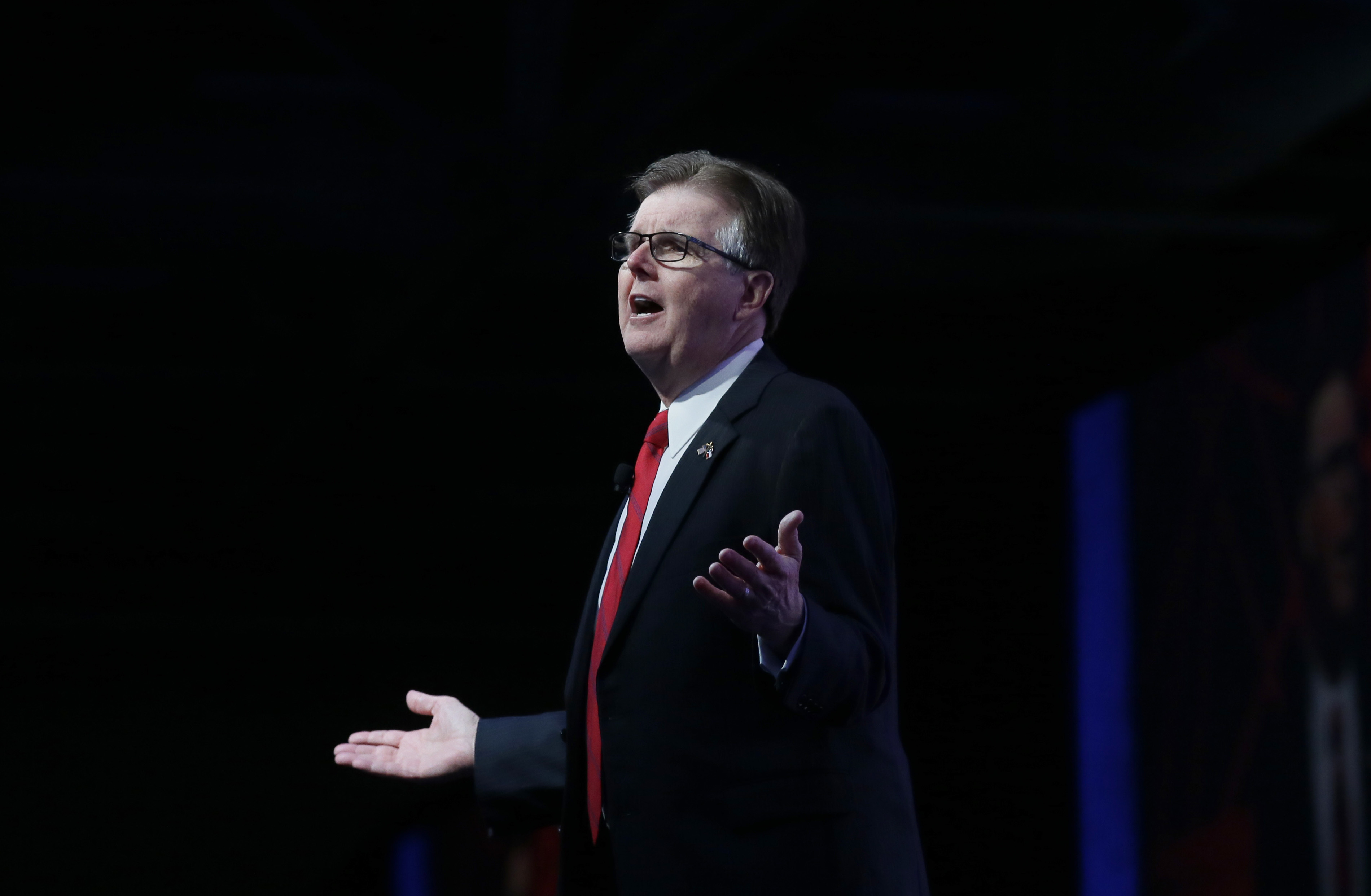 Texas Lt. Gov. Dan Patrick on Friday compared President Obama to Judas, as he responded to a directive the Obama administration issued to public school districts across the country Friday on transgender students.

"He says he's going to withhold funding if schools do not follow the policy. In Texas, he can keep his thirty pieces of silver," Patrick told reporters. "We will not yield to blackmail from the president of the United States."

He is referring to the federal government's move Friday to advise school districts, colleges and universities that receive federal funding to allow transgender students to use bathrooms and locker rooms consistent with their gender identity, rather than what's on their birth certificate.

"Parents are not going to send their 14-year-old daughters into the shower or bathroom with 14-year-old boys. It's not going to happen," said Patrick, who added that Mr. Obama is "probably paying back the lesbian, gay and transgender community that helped him defeat Hillary Clinton in 2008 or he believes in this policy."

Texas' opposition to the recommendation, Patrick said, has nothing to do with being against a transgender or gay child and is "not a partisan issue."

"It is the most damaging domestic policy. And that's saying something for this president who gave us Obamacare," he said.

Patrick said he will tell superintendents, "Do not enact this policy," which he said 70 to 80 percent of the schools do not want to implement.

He also said he was in touch with Donald Trump, the presumptive GOP nominee, on Thursday night about the issue, which Patrick said will both help elect Trump and drive children out of public schools.

"I believe this not only is going to usher in school choice in America, but it can well usher in Donald Trump into the White House because [Hillary Clinton] supported this policy," he said. "Kids are going to be bullied. Not the transgender kids, but maybe the straight kids. This is a disaster."

Even though the Obama adminstration's directive doesn't impose legal requirements, schools that don't comply could lose their federal funding.

The text of the directive says that "a school must not treat a transgender student differently from the way it treats other students of the same gender identity."

Trump said on ABC's "Good Morning America" that he things "the state should make the decision," adding, "They're more capable of making the decision. I felt that from the beginning."

But Trump's initial comments on North Carolina's anti-LGBT "Bathroom Bill" suggested the state made a mistake by passing the law requiring transgender individuals to use public restrooms that correspond with the sex listed on their birth certificates.

"There have been very few complaints the way it is. People go. They use the bathroom they feel is appropriate. There has been so little trouble."

Soon after making this comment, Trump revised his stance, saying it should be a state or local community decision instead.

This White House guidance comes just days after the Justice Department sued North Carolina over a new state law that says transgender people must use public bathrooms, showers and changing rooms that correspond to the sex on their birth certificate. The administration has said the law violates the Civil Rights Act.