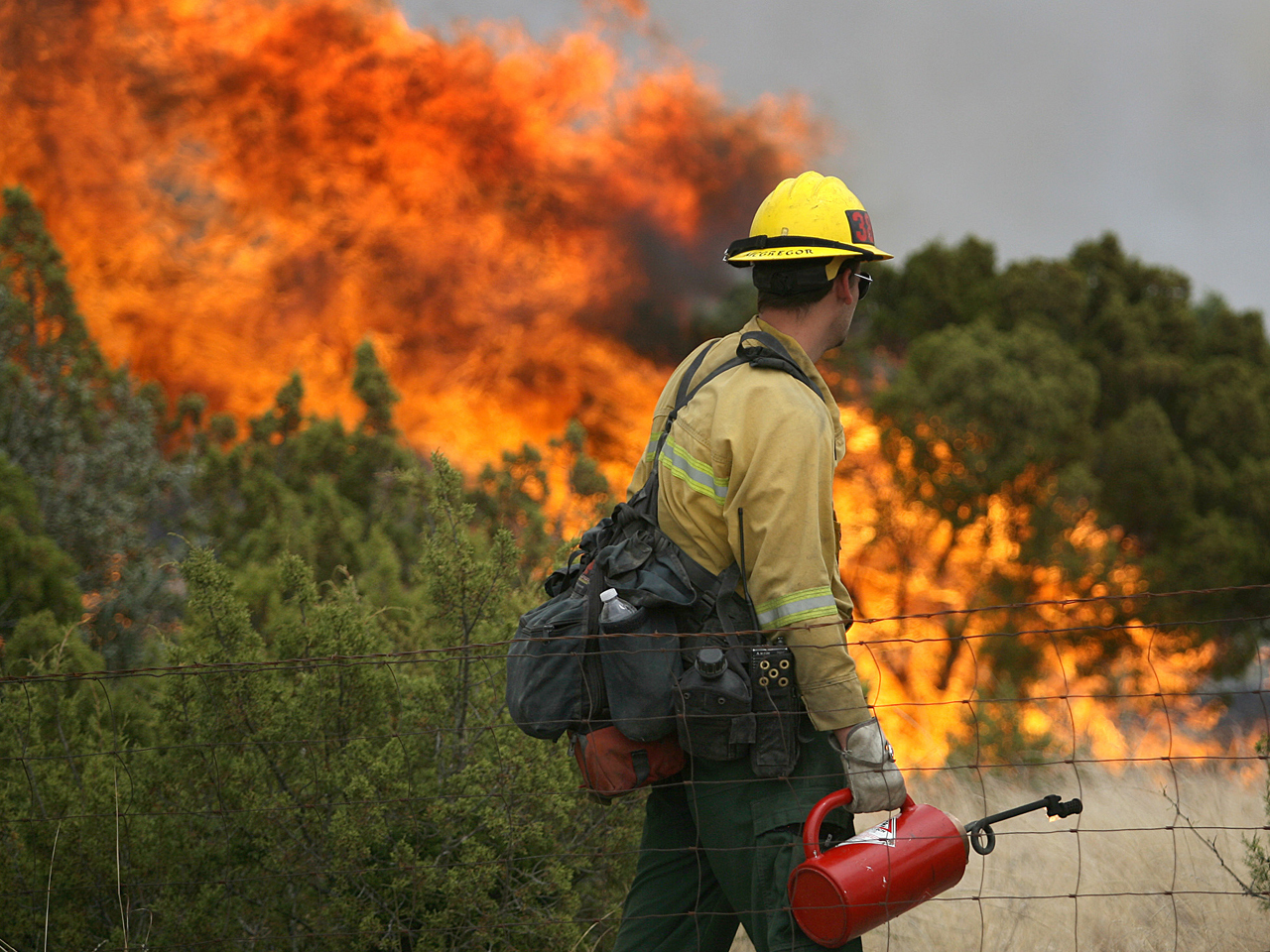 DALLAS - A wildfire sweeping across some 20,000 acres in North Texas has killed a firefighter, forced hundreds of evacuations — including an entire town — and destroyed at least 30 homes, state officials said Friday.

The fire was burning in a mostly rural area about 120 miles west of Dallas, though the region also has expensive lake homes and is a popular recreation spot. The blaze was among several charring tens of thousands of acres across the state.

"The fire, it's a bad one," Texas Parks and Wildlife Department spokesman Rob McCorkle said. "This is pretty unusual to have this many fires going across the state at the time."

"Apparently he was overcome by smoke, fell in a ditch and was consumed" by the fire," said Justice of the Peace James King, who pronounced Simmons dead at the scene, along a rural road.

The fire also prompted officials to evacuate Gorman, a city of about 1,200 residents, and set up a shelter at a church in nearby town for residents who didn't have someplace else to stay.

"The school, the nursing home and the whole city has been evacuated," City Clerk Jill Rainey said.

No injuries have been reported in the town and no structures have been damaged, said Eastland County fire official Daniel Morgan.

Officials closed Possum Kingdom State Park and cleared out its campsites. McCorkle said strong winds were increasing the chance that the fire could close off the only roads accessing the wooded park.

"This being a weekend, it would probably be pretty full," McCorkle said. "They wanted to get everybody out."

Huffman said authorities have not yet been able to survey the area to gain a complete count of the number of homes lost.