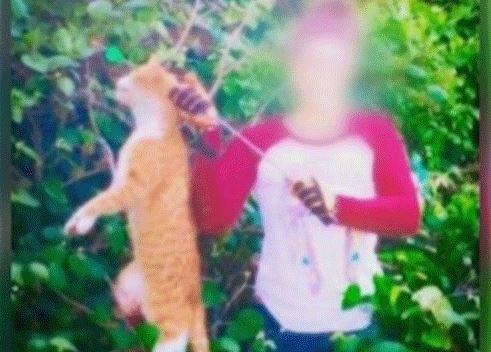 AUSTIN, Texas -- A state panel has suspended the license of a Texas veterinarian who used a bow and arrow to kill a catthat had wandered onto her property and boasted of the kill online.

The Texas Board of Veterinary Medical Examiners determined Tuesday that Kristen Lindsey can’t practice for a year. Her suspension will be followed by four years’ probation.

Animal advocates from across the country attended Lindsey’s hearing, CBS affiliate KHOU reported. Board members heard testimony from several people involved, including a family who claimed the cat was theirs and that it was neutered.

Her lawyer, Brian Bishop, told the board she believed the cat was feral and that it isn’t unusual for people near her rural home west of Houston to dispose of feral animals.

A co-worker of Lindsey’s told the board she overheard Lindsey speaking with her boss and landlord who told her to “take care of the cat,” KHOU reported.

“What I understood him to mean was for Kristen to shoot the cat,” said Karen Chapman, Lindsey’s co-worker. “... People do that all the time in Washington County.”

However, Bishop said she shouldn’t have posted an image to Facebook in April 2015, but that she didn’t act with “criminal recklessness.”

The Facebook post showed the cat dangling from the arrow as a smiling Lindsey held it aloft.