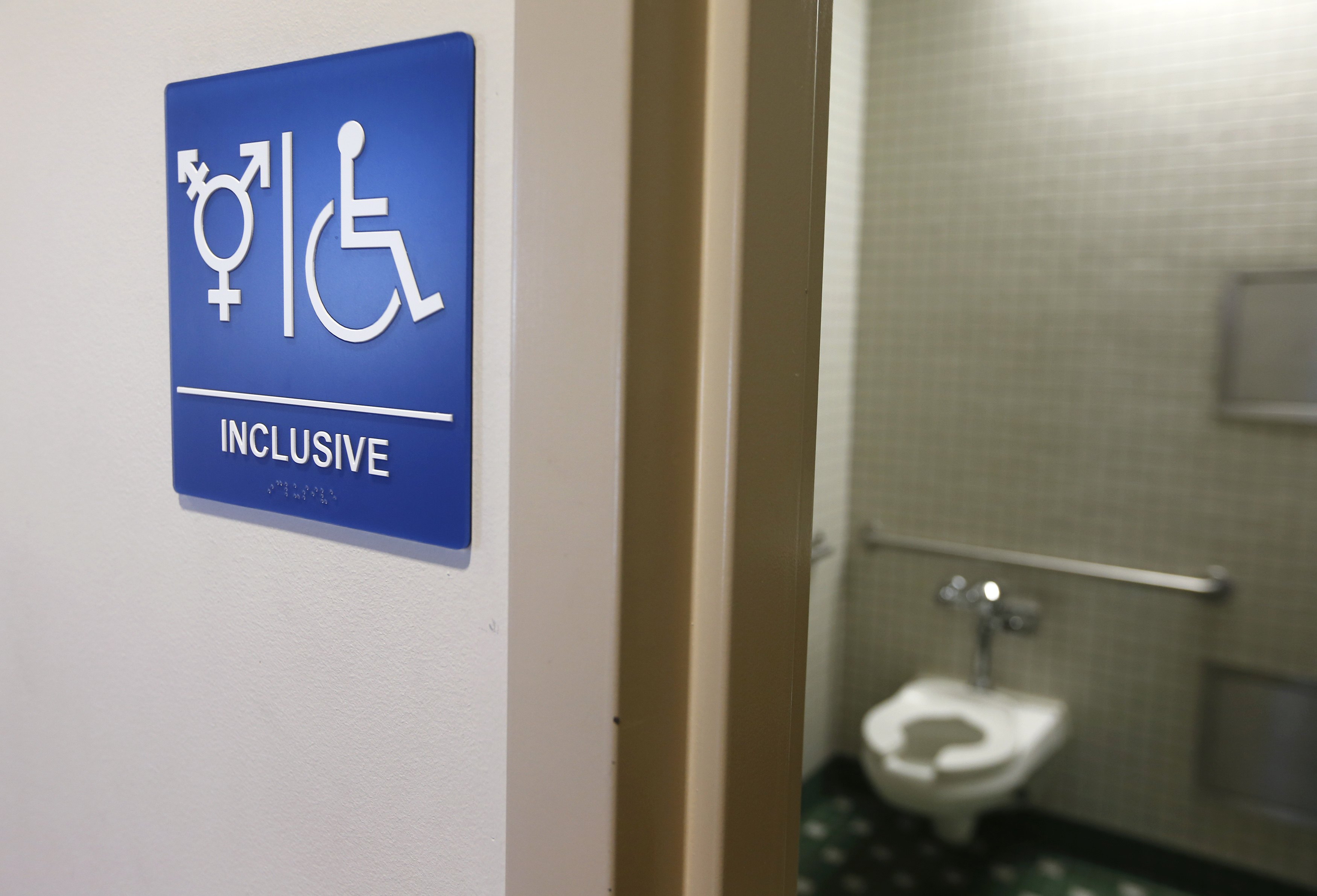 NASHVILLE, Tenn. -- The chief executives of Williams-Sonoma, Hilton Worldwide, T-Mobile and dozens of other major corporations have signed a letter asking Tennessee lawmakers to reject a transgender bathroom bill, saying it is discriminatory.

On Wednesday, a group of advocates for lesbians, gays, bisexual and transgender people dropped off the letter to the offices of House Speaker Beth Harwell and Lt. Gov. Ron Ramsey, both Republicans. Airbnb, Alcoa and Dow Chemical were also among the 60 companies that said the proposal has no place in Tennessee.

Under the measure, students at public schools and universities would be required to use bathrooms and locker rooms assigned to their gender at birth. Supporters say it protects the privacy of students and the rights of everyone. Opponents say it discriminates.

Representatives from the Human Rights Campaign, the nation's largest LGBT organization, the American Civil Liberties Union of Tennessee, the Tennessee Equality Project and the Tennessee Transgender Political Coalition were among members of the group calling on lawmakers to kill the bill.

The president of the Human Rights Campaign said politicians in other states have supported similar measures, aligning themselves on the dark side of history. And he said Ramsey and Harwell will be defined by how they act on the bill.

"What they do on this legislation will define them and define their legacy for the rest of time. They have a choice and I hope they make the right one," Chad Griffin said at a press conference.

Ramsey said he supports the legislation.

"It is unfortunate that this issue even exists - but it does," Ramsey said in a statement. "I support the bill. It is common sense. While I understand some in the business community have concerns, I do not share them. Tennessee has low taxes, little debt and one of the best regulatory environments in the nation. Whether this bill passes or doesn't, Tennessee will continue to be the best state in the union in which to own and operate a business."

A spokeswoman for Harwell did not immediately return messages seeking comment.

The bill may be in jeopardy after Herbert Slatery, Tennessee's Attorney General, issued a legal opinion earlier this week saying the state risked losing federal education funding if it becomes law.

A fiscal analysis said the bill could cost the state more than $1.2 billion in federal money for K-12 and higher education.

"I'm still trying to digest and understand the impact of the attorney general's opinion," Bell said.

A fiscal analysis said the bill could cost the state more than $1.2 billion in federal money for K-12 and higher education. Gov. Bill Haslam has also expressed concerns about losing federal education money.

On Tuesday, the vice chairman of the finance committee warned that the projected cost of it will likely cause it to be placed among unfunded bills to be considered after the budget has passed. Those bills often don't become law unless sponsors find a way to eliminate the cost or find a source of funding.

The White House has called the proposal "mean-spirited."

"The administration is firmly committed to promoting and defending (the) equal rights of all Americans, including LGBT Americans," White House press secretary Josh Earnest said. "Specific laws like this that seek to target and marginalize one small segment of the population is nothing less than mean spirited.

"States like Tennessee and, to a certain extent North Carolina and Mississippi, have a long history over the last couple of generations of working through questions of civil rights. President Obama has talked on a number of occasions about the important progress that our country has made with regard to civil rights.

"This is a good illustration that ... the fight for civil rights is not over and demanding equality for every American and ensuring those Americans are not singled out or targeted because of their sex or their race or what their last name is or their religion or who they love or who they are is a struggle that continues and the president, every time, is going to be on the side of equality and fairness and justice for every American."