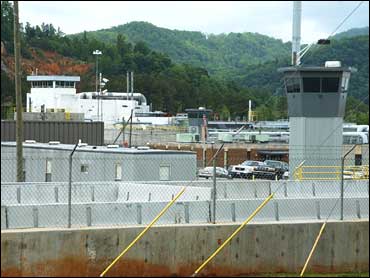 A three-year veil of secrecy in the name of national security was used to keep the public in the dark about the handling of highly enriched uranium at a nuclear fuel processing plant — including a leak that could have caused a deadly, uncontrolled nuclear reaction.

The leak turned out to be one of nine violations or test failures since 2005 at privately owned Nuclear Fuel Services Inc., a longtime supplier of fuel to the U.S. Navy's nuclear fleet.

The public was never told about the problems when they happened. The Nuclear Regulatory Commission revealed them for the first time last month when it released an order demanding improvements at the company, but no fine.

In 2004, the government became so concerned about releasing nuclear secrets that the commission removed more than 1,740 documents from its public archive — even some that apparently involved basic safety violations at the company, which operates a 65-acre gated complex in tiny Erwin, about 120 miles north of Knoxville.

Congressmen and environmental groups have criticized the policy, and now the commission staff is drafting recommendations that may ease its restrictions.

But environmental activists are still suspicious of the belated revelations and may challenge the commission's decision not to fine Nuclear Fuel Services for the safety violations.

"That party is not over — the full story of what is going on up there," said Ann Harris, a member of the Sierra Club's national nuclear task force.

Nuclear Fuel Services has been supplying fuel to the Navy since the 1960s. More recently, it has also been converting the government's stockpile of weapons-grade uranium into commercial reactor fuel.

While reviewing the commission's public Web page in 2004, the Department of Energy's Office of Naval Reactors found what it considered protected information about Nuclear Fuel Service's work for the Navy.

The commission responded by sealing every document related to Nuclear Fuel Services and BWX Technologies in Lynchburg, Va., the only two companies licensed by the agency to manufacture, possess and store highly enriched uranium.

BWX Technologies has not experienced any problems as serious as the uranium spill at Nuclear Fuel Services, commission spokesman David McIntyre said. But its operations were included in the order to seal documents because it produces nuclear fuel for the Navy, too.

Under the policy, all the documents were stamped "Official Use Only," including papers about the policy itself and more than 1,740 documents from the commission's public archive.

The Associated Press first reported the policy in May after the commission briefly mentioned in its annual report to Congress a March 6, 2006, uranium leak at Nuclear Fuel Services. The leak was one of three "abnormal occurrences" of license holders cited during the year.

Agency commissioners, apparently struck by the significance of the event, took a special vote to skirt the "Official Use Only" rule so that Nuclear Fuel Services would be identified in the report as the site of the uranium leak.

Some 35 liters, or just over 9 gallons, of highly enriched uranium solution leaked from a transfer line into a protected glovebox and spilled onto the floor. The leak was discovered when a supervisor saw a yellow liquid "running into a hallway" from under a door, according to one document.

The commission said there were two areas, the glovebox and an old elevator shaft, where the solution potentially could have collected in such a way to cause an uncontrolled nuclear reaction.

"It is likely that at least one worker would have received an exposure high enough to cause acute health effects or death," the agency wrote.

"We don't want any security information out there that's going to help a terrorist," agency Commissioner Edward McGaffigan Jr. said in a newly released transcript from a closed commission meeting May 30. But "that's entirely separate" from dealing with an event that could have killed a worker at the plant.

"The pendulum maybe swung too far," agreed Luis Reyes, the commission's executive director for operations. "We want to make sure we don't go the other way, but we need to come back to some reasonable middle point."

Agency spokesman David McIntyre said it may be difficult to separate Nuclear Fuel Service's secret work for the Navy from its public work converting bomb-grade uranium to commercial reactor fuel. The leak happened on the commercial reactor side.

In a stinging letter to the Nuclear Regulatory Commission chairman in July, two Democratic congressman from Michigan also blasted the policy.

"We agree that NRC should withhold from public view any sensitive security information of this nature. However, NRC went far beyond this narrow objective," read the letter from John Dingell, chairman of the House Energy and Commerce Committee, and Bart Stupak, chairman of the Oversight and Investigations Subcommittee.

McIntyre defended the commission's decision not to fine Nuclear Fuel Services, even though the agency rated the uranium leak last year as its second most-serious violation.

Instead, the agency ordered Nuclear Fuel Services to conduct a full review of its "safety culture" and make changes using outside experts.

"If we can get long-term permanent changes and improvements in their process it is better than slapping them with a fine every time something goes wrong," McIntyre said.

"I think it is important that the public recognize that we do have a very robust safety program at NFS. We live in this community and take our stewardship very seriously," he said.

"I think if we were to have an event like this again, we would push to make it public," he added. "Clearly it would have been better to have this discussion 18 months ago than it is to have it now."

Meanwhile, NFS told its 700 employees this past week it will be "exploring the possibility of a sale" over the next 12 months — not because of the commission's disclosure, but because of the company's increasing value to a booming nuclear power industry.

"We are in a position of strength," company spokesman Tony Treadway said.