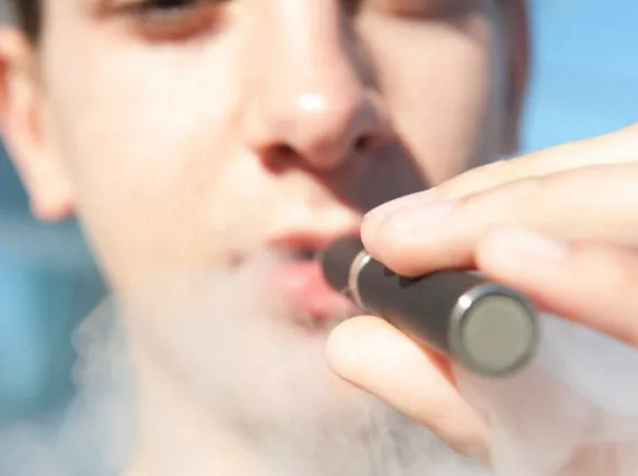 Teens in the United States who use electronic cigarettes are six times more likely to move on to traditional cigarettes compared to kids who never use the devices, a new study reports.

A survey of about 300 high school students found a troubling pattern, although some experts disagree with the conclusions.

"Adolescents who had never smoked, but who had used e-cigarettes, were substantially more likely to begin smoking combustible cigarettes over the next year," said study lead author Jessica Barrington-Trimis. She is a postdoctoral researcher with the University of Southern California's Tobacco Center of Regulatory Science.

"The increase in e-cigarette use, which may be followed by increases in cigarette use, could result in an erosion of the progress that has been made over the last several decades in tobacco control," Barrington-Trimis said.

In recent years, scientists have debated whether e-cigarettes help smokers quit, or act as a gateway to tobacco smoking. Because of these concerns, the U.S. Food and Drug Administration is banning the sale of e-cigarettes to minors starting mid-summer.

According to new survey results from the U.S. Centers for Disease Control and Prevention, last year just 11 percent of high school students said they'd smoked cigarettes in the previous 30 days -- a significant decline since the 1990s. However, 24 percent said they'd used vape products, such as electronic cigarettes, within the last month.

E-cigarettes are electronic devices that vaporize a fluid that often includes nicotine and flavorings.

But 16 months later, the researchers found that 40 percent of e-cigarette users had begun smoking traditional cigarettes. This compared to 11 percent of those who'd never "vaped" -- the term for using electronic cigarettes. The study authors determined the vapers were just over six times more likely to have tried smoking compared to teens who weren't using e-cigarettes.

The difference held even after the investigators adjusted their statistics for factors such as gender, parents' education level (which hints at family income) and ethnicity.

"We can't definitively conclude the e-cigarettes cause kids to smoke cigarettes," Barrington-Trimis said. However, "those who had used e-cigarettes at baseline were substantially more likely to begin smoking cigarettes."

The fact that many who tried regular cigarettes had vowed not to do so at the start of the study suggested that e-cigarette use wasn't simply an indicator of kids who would have smoked anyway, the researchers said.

Peter Hajek, director of tobacco research with the Wolfson Institute of Preventive Medicine at Queen Mary, University of London, criticized the work.

"The authors misinterpret their findings," Hajek said. "Like several previous studies of this type, this one just shows that people who try things, try things."

Other research shows that overall smoking by adolescents is declining even as e-cigarette use rises, Hajek said.

"In fact, the decline in youth smoking over the past few years has been faster than ever before. This does not necessarily mean that e-cigarette experimentation prevents the uptake of smoking, although this is possible," he added. "But there is clear and strong evidence that such experimentation does not contribute to smoking uptake."

Barrington-Trimis questioned this contention, saying it's not proven by research.

Gregory Conley, president of the American Vaping Association, said there's nothing new or "particularly helpful" about showing that some young adults try e-cigarettes and then experiment with smoking.

"The bottom line is that as more teens have experimented with vapor products, youth smoking has experienced massive and unprecedented declines that no one predicted just five years ago," Conley said.

However, the study elicited praise from Thomas Wills, interim director of the Cancer Prevention and Control Program with the University of Hawaii Cancer Center. It "adds a lot of support" to the idea that e-cigarettes can cause cigarette smoking, Wills said.

"Some people have previously suggested that since e-cigarettes are available, this will prevent teenagers from smoking," Wills said. This study and others debunk that idea, he added.

The study was published online June 13 in the journal Pediatrics.