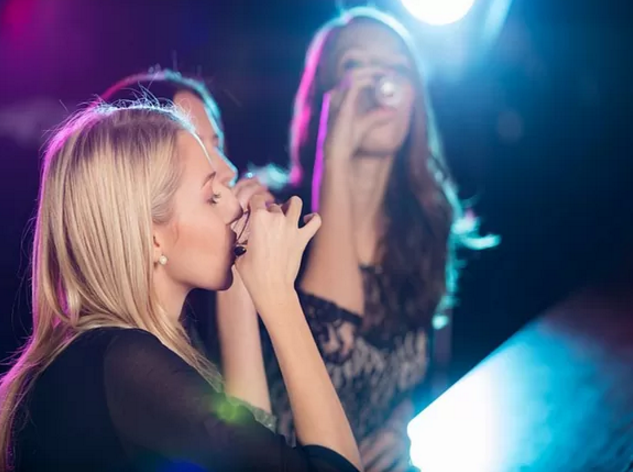 Teenage girls in the United States now start to drink alcohol sooner than boys do, a new study shows.

"We really don't know why girls are surpassing boys -- that's the next question we want to answer," she said.

Among the possible explanations, according to Cheng, is that drinking has become more socially acceptable. Also, because girls typically reach puberty sooner, some start engaging in risky behaviors such as drinking earlier. It might also be that younger girls are spending time with older boys, "so there is more exposure to drinking," she added.

Cheng also pointed to advertising that targets girls by promoting sweet, fruit-flavored drinks, such as wine coolers, which are popular among underage girls who drink.

The researchers found that in mid-adolescence, girls are more likely to start drinking than boys. After age 19, boys went on to drink more than girls, the researchers added.

However, a 2015 report from the U.S. Centers for Disease Control and Prevention found adult women are catching up to men when it comes to using and abusing alcohol.

"We found that over that period of time, differences in measures such as current drinking, number of drinking days per month, reaching criteria for an alcohol use disorder and driving under the influence of alcohol in the past year, all narrowed for females and males," report author Aaron White, senior scientific advisor to the director of the U.S. National Institute on Alcohol Abuse and Alcoholism, said at the time.

"Males still consume more alcohol, but the differences between men and women are diminishing," White added.

One expert agreed. Drinking is no longer largely a male problem, said Dr. James Garbutt, a professor of psychiatry and medical director of the alcohol and substance abuse program at the University of North Carolina School of Medicine, in Chapel Hill.

"For years it has been 'known' that men are more likely to drink and have alcohol problems than women," he said.

However, Cheng's study reveals that girls are more likely than males to start drinking at an earlier age, "so there is no female protective factor at work," Garbutt said.

The new findings suggest that efforts are needed to educate adolescent girls as well as boys about the risks of starting to drink at a young age, Garbutt said.

"This will need to be done in a smart way, as most adolescents tend to ignore warnings offered by adults," he said.

"We do know that starting to drink early is a risk factor for developing alcohol use disorders as one gets older. So, if we can figure out good strategies to address this for both girls and boys we could potentially reduce the number of folks with alcohol use disorders -- a very positive thing for all of us," Garbutt said.