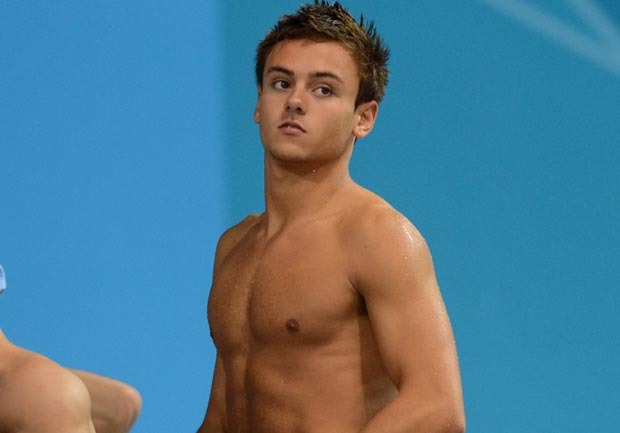 The first tweet told Daley that he let his dad down with his synchronized diving performance. Later, the tweeter threatens to drown Daley.

Daley's father died of brain cancer a year ago and the 18-year-old Olympian had hoped to win a medal "for myself and my dad." But he finished fourth on Monday, out of medal contention, in the 10-meter synchronized platform competition with teammate Pete Waterfield.

Daley tweeted a message complaining about some of the tweets sent to him by "idiots." He said the nasty tweet about his father came after he had been "giving it my all" in the bid for a medal.

Dorset Police said early Tuesday that a 17-year-old was arrested "on suspicion of malicious communications" in relation to his Twitter posts.

One of the first tweets read: "You let your dad down i hope you know that."

"I'm sorry mate i just wanted you to win cause its the olympics I'm just annoyed we didn't win I'm sorry tom accept my apology."

Later, the tweets become more aggressive, such as one that said: "I'm going to find you and I'm going to drown you in the pool ..."

Subsequent tweets, spiked with profanity, also take aim at the media and other Twitter users who criticized his posts.

Police said the teen was detained at a bed and breakfast in the southwestern coastal town of Weymouth in the early hours of Tuesday morning, and is currently helping police with their inquiries.

In Britain, tweeting messages considered menacing, offensive or indecent can lead to prosecution.