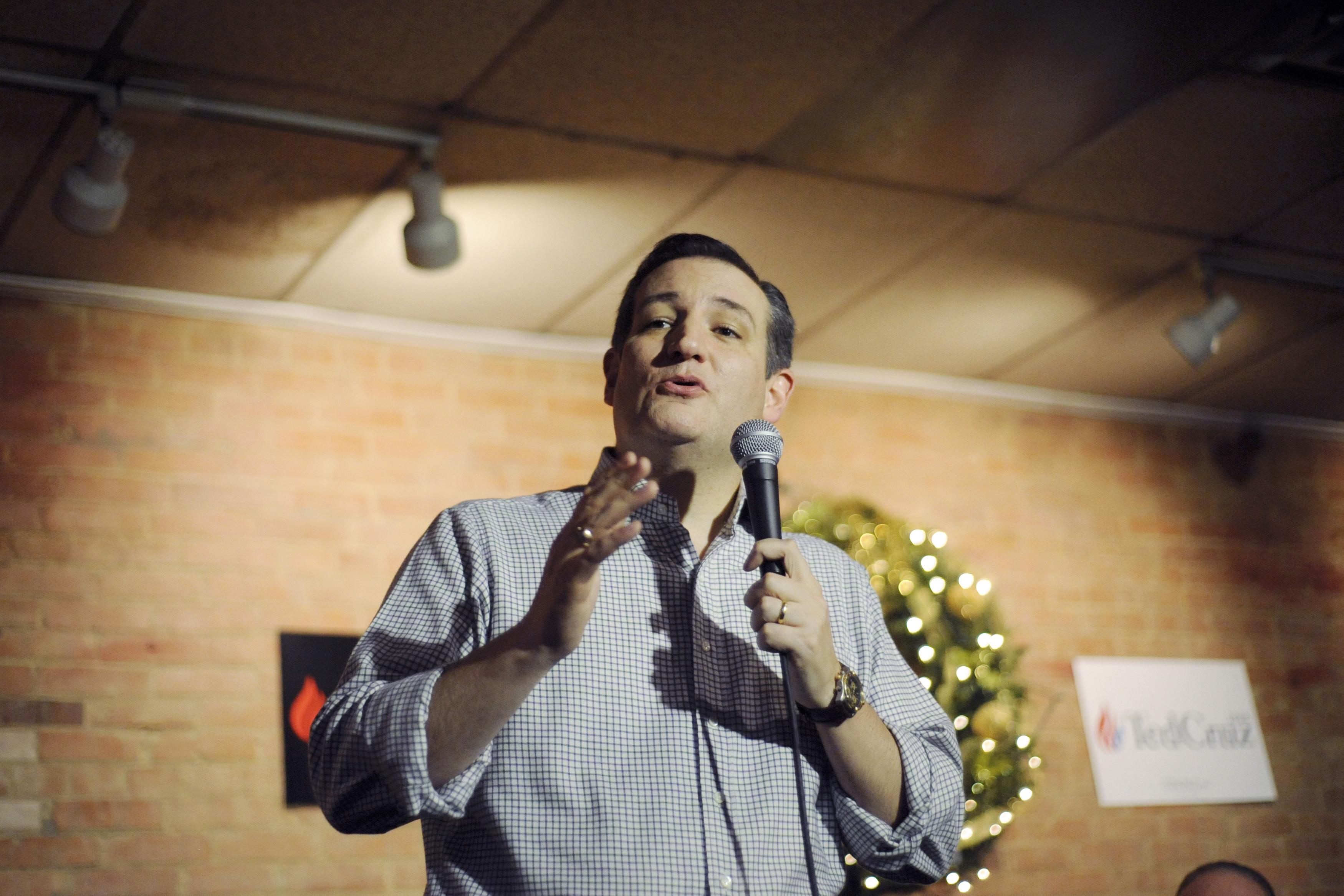 BooneRepublican presidential candidate Ted Cruz firmly sided with law enforcement on Monday over the armed protesters led by Ammon Bundy who are occupyinga government building at Malheur National Wildlife Refuge in Oregon. Cruz told reporters in Boone, Iowa that he hoped there would not be a "violent confrontation" and called on the group to "stand down peacefully."

The Texas senator added that his prayers were with law enforcement who are "risking their lives right now" reiterating, "There is no right to engage in violence against other Americans."

Ammon Bundy, the leader of the armed protesters, told CBS This Morning in an interview earlier on Monday morning that they are armed because "we need to defend ourselves" but that the "have no intention on using any type of force, intimidation." The protesters are occupying the federal land over a case where two Oregon ranchers were prosecuted and subsequently convicted over the burning of federal land.

Cruz's strong support for law enforcement in this case is notable because of a case in 2014 involving a standoff between federal authorities and Bundy's father, Cliven Bundy, over land and cattle grazing rights. In that instance, Cruz told Texas radio host Chad Hasty, that the situation was "the unfortunate and tragic culmination of the path that President Obama has set the federal government on."