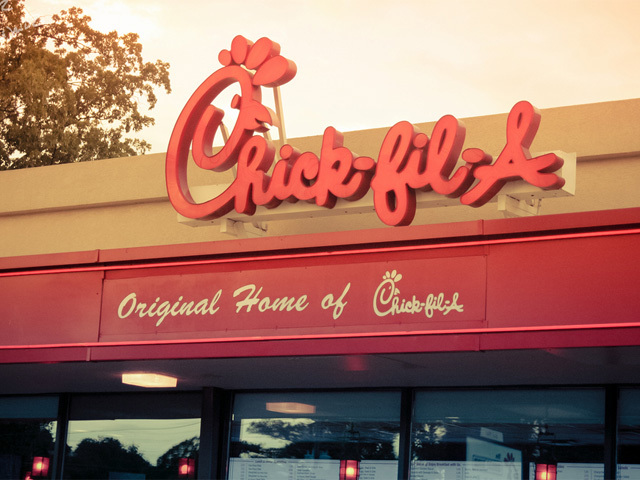 (MoneyWatch) COMMENTARY When Chick-fil-A president Dan Cathy last month made remarks widely perceived as anti-gay , there was perhaps inevitable reaction from political, religious, special interest, and corporate groups on all sides of the issue. But the biggest impact of all may have been to Chick-fil-A's brand perception among consumers, which took an immediate beating, according to market research consultancy YouGov.

Ironically, what caused the fast-food chain's reputation to be tarnished so quickly is the same thing that accounts for much business success these days: Technology. Many businesspeople understand in theory that the hardware and software that fuels their activities also can create a firestorm. However, it is instructive to see just how swiftly this can happen with the Internet and social media.

YouGov measures brand strength by conducting consumer polls. The company subtracts negative from positive feedback about a brand and then plots the results on a scale that runs from -100 to +100. A score of 0 would mean equal amounts of positive and negative feedback. A +100 score would be all positive, while a -100 would be all negative.

Most companies that remain in business for an extended period of time have a score between 0 and +100. It is the relative movements, and the comparison of one company to competitors, that becomes interesting. Here is a graph that YouGov created to show the short-term brand score change for Chick-fil-A.

The chain had a brand score significantly higher than that of the average big quick-service restaurant (QSR), an industry term for fast-food places. In general, it was trending up from at least the beginning of July. When Cathy made his remarks on July 16, Chick-fil-A's brand perception instantly began to change.

Faster than a speeding bullet into the foot

The speed with which the brouhaha seems to have hurt Chick-fil-A's brand is impressive, considering that after Cathy first made the remarks, they had to be distributed, consumers had to listen, and only then could they alter their opinions. Furthermore, YouGov had to collect enough data on that day to perform the analysis.

The potential for negative feedback and reactions goes well beyond Chick-fil-A. To be sure, there is nothing new about corporate foot-in-mouth disease. But technology amplifies three aspects of such gaffes:

Gaffes are not longer just words on paper that eventually find their way into waste bins. They become immediately accessible in sound and video on news sites, blogs, YouTube, Twitter, Facebook, and other social media. And any untoward comments or other embarrassing details constantly resurface in Web searches, and then get recycled as people forget the incidents happened in the past.

Those who should know better don't

Even executives who should know better misunderstand the potential for a backlash. Take NBC and Twitter. Guy Adams, a journalist for U.K. daily The Independent, had complained about NBC's coverage of the Olympics and had tweeted the email address for the NBC executive responsible. Twitter informed NBC and suggested that the network file a complaint, after which it would suspend the account. Twitter received a huge online backlash, as Jena McGregor wrote at the Washington Post:

Unlike other silly flaps that capture the Twittersphere's microscopic attention span, this one is a real wake-up call for leaders. Even executives at one of social media's giants can miss how their company's actions might force them into an unwelcome spotlight. Wouldn't a company that positions itself as a champion of free speech and one of the key players in the world of social media have guessed that suspending the account of a journalist could cause quite a stir?

Companies are still used to a world where it can take days or even weeks to create a protest or call for a boycott. That simply won't do when communications can swiftly marshal public opinion and deliver a powerful blow to a corporate brand even before executives know what hit them.