There's a new Weapon of Mass Destruction in the privacy arms race: an inescapable tracking system, used by some sites like Hulu. There's nothing like a new way to uncover even more minutiae of consumer life.

But there is something additional at work, both subtler and more fundamental. Technology has become a smokescreen for companies that want to know all about consumers, no matter what the individuals want, and will take any available steps so long as they remain at arm's length, affording plausible deniability.

Better watch out, better not cry, better not pout
In the Case of the Unstoppable Cookie, a combination of normal HTTP browser cookies, Flash, HTML5, and a service from KISSmetrics let marketers follow users, no matter what forms of avoidance they take.

When the story about tracking broke, Hulu and Spotify, also mentioned in the original research report, suspended their use of KISSmetrics services while they "investigated."

Perhaps that is true. KISSmetrics doesn't mention unstoppable tracking on its Web site. However, it seems unlikely that an analytics vendor that could track consumers who might otherwise evade monitoring would make no mention of that to potential clients. So why not boast openly? Because that would damage the concept of plausible deniability, which is something that both Hulu and Spotify employed in their defense.

What you don't know can't hurt me
The concept of plausible deniability has been around as long as sneaky people wanted to avoid blame for their actions. Although the modern phrase is often associated with the appearance of Oliver North, current television and radio personality and former Marine Corps officer, during the 1987 Iran-Contra hearings, it actually dates back to 1948 and a national security directive during the Truman administration:

NSC 10/2 directed CIA to conduct "covert" rather than merely "psychological" operations, defining them as all activities "which are conducted or sponsored by this Government against hostile foreign states or groups or in support of friendly foreign states or groups but which are so planned and executed that any US Government responsibility for them is not evident to unauthorized persons and that if uncovered the US Government can plausibly disclaim any responsibility for them."


It was an accident and it's not our fault
When new ways that corporations subvert online identity and privacy appear, public attention focuses on the few companies that get caught, whether a Google (GOOG), Apple (AAPL), or Facebook, and how they occurred. Inevitably, the company denies that has done anything intentionally and that if something happened, it was a twist of the technology that executives didn't realize was possible.

Bunk. Does a Google record data from Wi-Fi hotspots inadvertently? No. Someone had to intentionally include the feature in the first place, and that doesn't happen without management at least being aware through design plans and documents. Would vendors never a Hulu or Spotify that they could finally follow people who blocked cookies? Oh, please.

Technology has become a red herring. The real issue in privacy is not that there are new ways for marketers to pry. It's that so many companies want to eradicate privacy to better sell to consumers that vendors continue to develop new offerings. So long as the marketers can be shocked, shocked that services they use do things consumers object to, they can invoke plausible deniability and brush away allegations of insensitivity.

Plausible deniability works for a while. Eventually, though, it becomes forced and unbelievable. That's why people often assume the worst of Facebook and Google. It's why governments will increasingly push privacy regulation. They will have to.

Companies have steadfastly refused to limit their marketing activities while, at the same time, they talked of self-regulation: "Hey, you can't say we're interested in violating people's privacy. We're trying to find a way for the industry to police itself, and it's complicated."

Only, it's not. It's another form of plausible deniability. And we're about to see an example of Newtonian marketing. The more companies try to get away with doing as they wish, the more the markets will react. 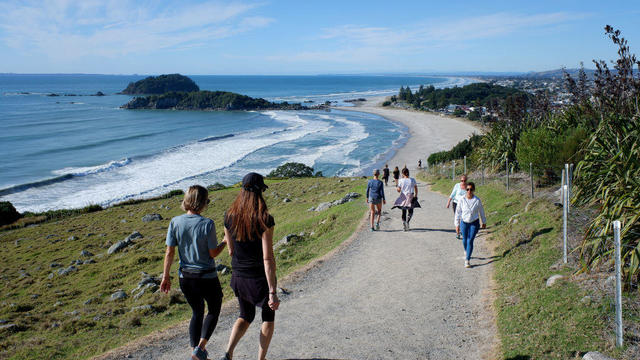