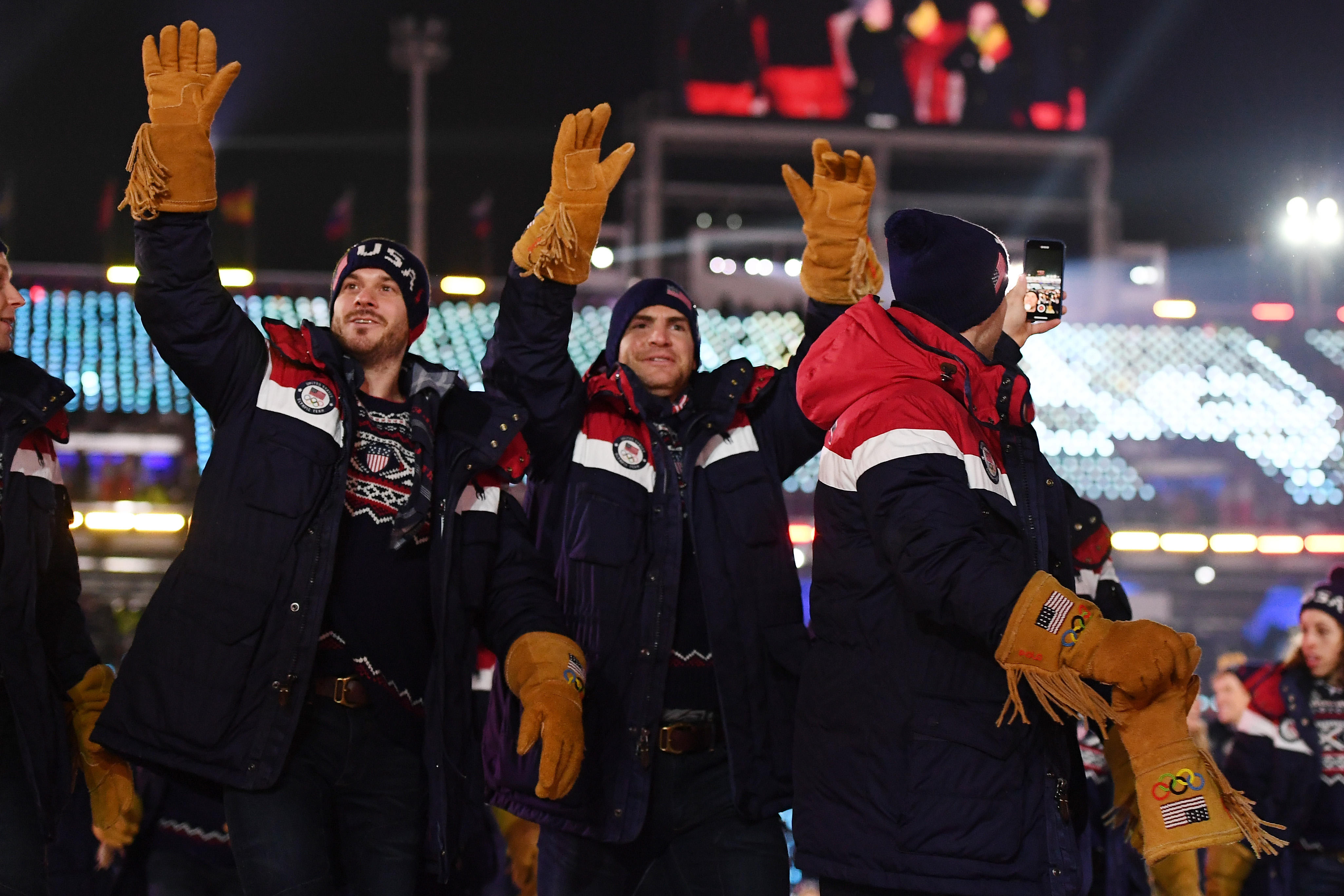 The coolest thing about Ralph Lauren's heated jacket technology is, well… it doesn't feel like tech. It doesn't beep or light up. There's no buzzing or distracting alerts. It doesn't even feel like you're wearing a gadget. It's just smarts woven into your clothes.

This battery-powered parka is part of the parade uniform for Team USA at the 2018 Winter Olympics opening ceremony. It's the first time Team USA will have a heated jacket as part of the ensemble.

The limited-edition jacket is sold out, but the company is planning to use this again in the future -- so pay attention. Feedback from the American athletes will determine how this clothing design evolves into other products, as it's put to the test in the frigid temperatures of Pyeongchang, South Korea.

The jacket and all its gadgetry is made in the United States (USA! USA!). It has been in development for over a year, according to David Lauren, chief innovation officer and son of designer Ralph.

The company dresses over 700 Team USA Olympic and Paralympic athletes, coaches and staff, each one given a limited-edition heated parka for the opening ceremony and a heated bomber jacket for the closing ceremony.

Athletes are supported financially through the sale of Ralph Lauren apparel. But as for the heated jackets, fewer than 100 were released to stores, each costing $2,495 a piece -- and all sold out in under 20 minutes. (They're listed for $7,000 on eBay right now.) That got the company encouraged to look into using this for future apparel.

"There's a customer demand, so now let's bring it to market in a new way -- maybe for next winter," David Lauren said in a phone interview.

Lauren says he wants to see the next iteration of this technology to use smaller battery packs and controls tied to an app.

This isn't the first wearable tech from the designer. For the 2014 US Open, the company debuted a fitness shirt with biometric sensors that monitor heart rate, calories burned, respiration, stress levels and energy output. The data was fed to an iOS app that guided tennis players to adjust their training and exertion.

Lauren says the challenge with wearables in fashion has been incorporating technology that consumers actually need -- and making sure it won't go out of style.

"In 20 years, when the technology is outdated," Lauren says, "you still want it to be a great jacket to wear."