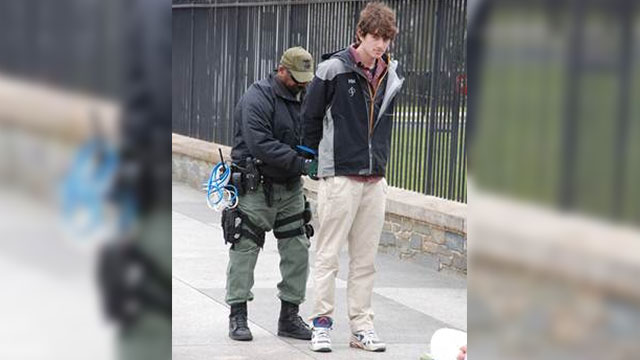 Taylor Swift's ex boyfriend Conor Kennedy was arrested on Wednesday during a protest at the White House.

Eighteen-year-old Conor was briefly linked to Swift last summer after the couple was snapped at the Kennedy compound in Hyannis Port, Mass., as well as Cape Cod. Their relationship reportedly cooled off when he returned to high school.

Prior to the breakup, Ethel Kennedy revealed her fondness for Swift, telling The Associated Press that the Kennedys would be "lucky" to welcome her into their family.

The group of protesters is bringing attention to the Keystone XL pipeline because they believe it would "boost carbon pollution by triggering a boom of growth in the tar sands industry in Canada, and greatly increasing greenhouse gas emissions."

Conor and Robert F. Kennedy Jr. were handcuffed and driven to a Park Police station. They have both been released after paying a fine.