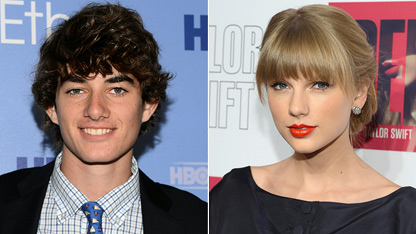 Too much, too soon?

According to Us Weekly, Taylor Swift, 22, and Conor Kennedy, 18, have broken up.

"They quietly parted ways a while ago," a friend tells the magazine. "It was just a distance thing. No hard feelings. They're fine."

The couple was first spotted together in July, and have continuously made headlines from Taylor buying a house right across from the street from Conor's grandmother Ethel Kennedy, to the two reportedly crashing a Kennedy wedding.

"It's been over a month since they've even seen each other," the friend adds. "With her promotion for Red, she has no time off until the end of the year."

"Squid Game" costumes are hot. Getting one may cost you.