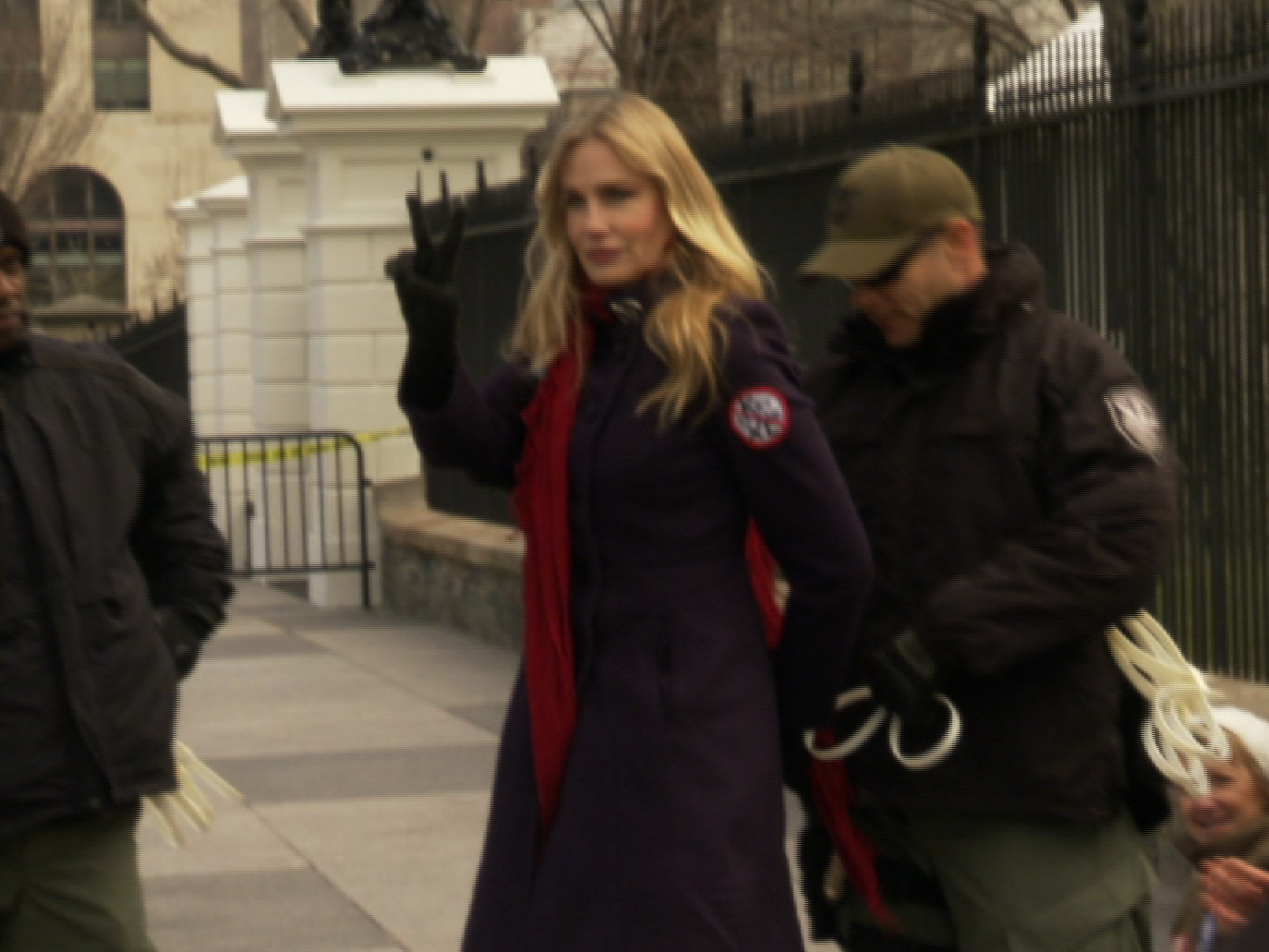 While President Obama made action on climate change a key feature of his State of the Union address Tuesday, by Wednesday it wasn't enough for some. Activist and actress Daryl Hannah pointed out that "actions speak louder than words."

In Washington for a protest, the movie star and environmentalist didn't criticize the president or his speech, but she did suggest he should have done more to address climate change. The most important step, according to her: fully reject the Keystone XL pipeline.

Doing so, Hannah told CBS News's Bill Plante, would be a way for the president "to actually let his actions stand up to his words."

The Keystone XL pipeline expansion from Alberta, Canada through Nebraska has been on hold since 2011, when the president delayed the project pending additional environmental review. The State Department is currently reviewing the extension. Environmentalists oppose the project because they say it will damage the environmentally sensitive areas it would run through, and it encourages the process of extracting fuel.

Hannah explained the process in her own words, saying the pipeline would not only "bring the dirtiest and most energy-intensive type of extreme extraction through our most precious water, aquaphors, and soil and ranching farmlands... but it will also open the doors to expansion of the tar sands."

Extracting oil from tar sands, according to Hannah, can "absolutely decimate ecosystems," the water, soil and land.

Hannah and dozens of others including Sierra Club executive director Michael Brune, civil rights veteran Julian Bond and 350.org founder Bill McKibben protested in front of the White House, tying themselves to the gate and refusing to budge when the U.S. Park Police revoked their permit to protest.

Hannah was arrested, along with many others including Robert Kennedy, Jr.

10/3: Face The Nation with Margaret Brennan

Former U.S. Envoy to Afghanistan on trusting the Taliban and why he resigned