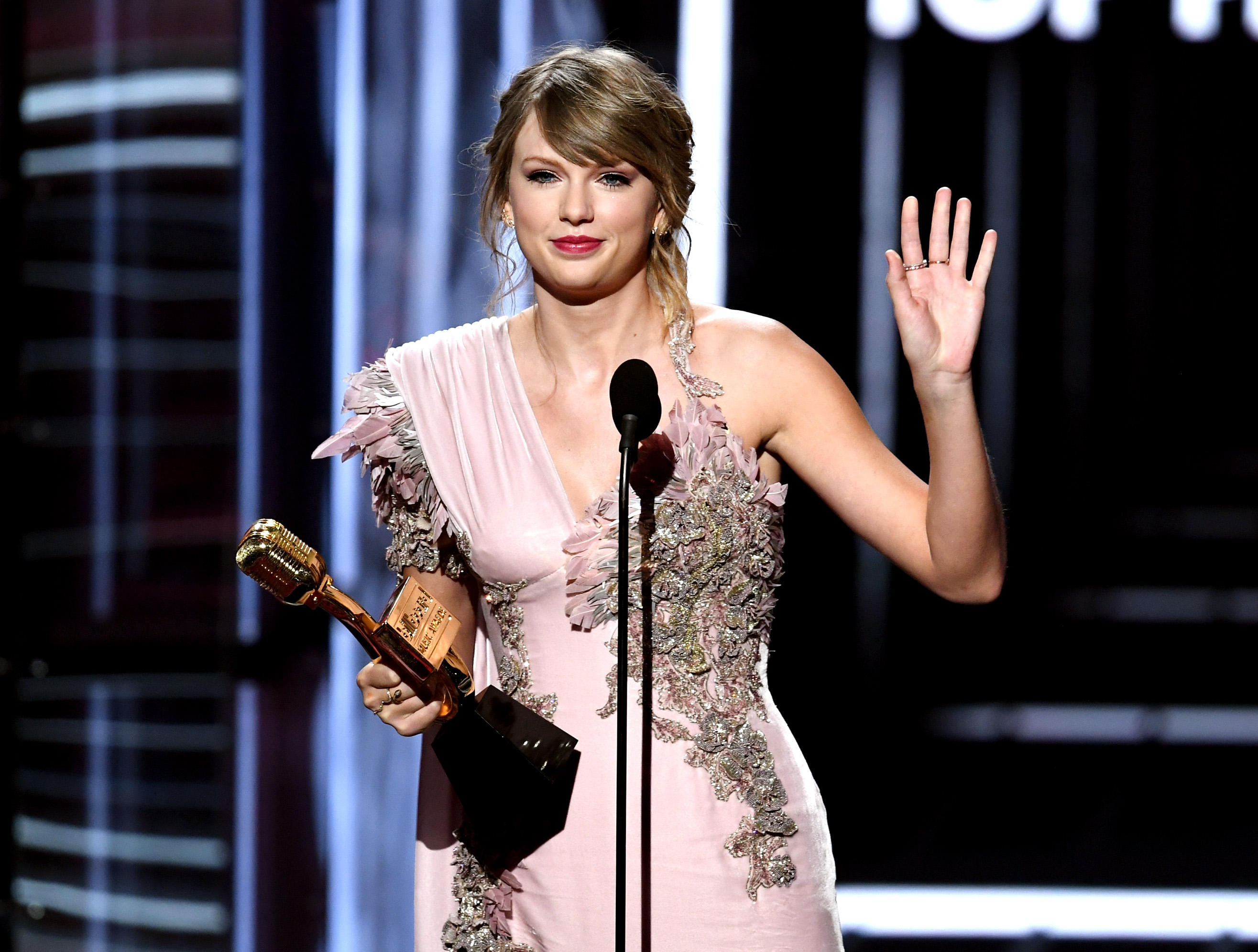 Taylor Swift got emotional on the anniversary of the sexual assault verdict against former radio host David Mueller, who she accused of groping her. During her Reputation concert at Raymond James Stadium in Tampa, Florida, on Tuesday, Swift gave an impassioned speech to her fans about the day. She said she's sorry that not all victims are believed.

"Looking back, this exact day a year ago, I was not playing a sold-out stadium in Tampa. I was in a courtroom in Denver, Colorado," she said while at the piano. "I was there for a sexual assault case and this day a year ago was the day the jury sided in my favor and said that they believed me."

"I just wanted to say that we have so, so, so much further to go and I'm grateful to you guys for being there for me during what was a really, really horrible part of my life," she added.

She thanked her fans for supporting her.

"You guys have seen me going through so many ups and downs in my life, just due to the public nature of the way my life is," Swift said. "I just want to say I'm so happy to see you and to have you and to know you through the ups and the downs of my life. So, thank you for everything. Sorry, I just haven't really talked about it and I'm just really not composed at all."

A year ago, jurors in U.S. District Court in Denver deliberated fewer than four hours to find that Mueller assaulted and battered Swift during a pre-concert meet-and-greet in June 2013. Per Swift's request, jurors awarded her $1 in damages -- a sum her attorney, Douglas Baldridge, called "a single symbolic dollar, the value of which is immeasurable to all women in this situation."

She also issued a statement following the verdict thanking her legal team for fighting for her and anyone else affected by sexual assault.

"I want to thank Judge William J. Martinez and the jury for their careful consideration, my attorneys Doug Baldridge, Danielle Foley, Jay Schaudies and Katie Wright for fighting for me and anyone who feels silenced by a sexual assault, and especially anyone who offered their support throughout this four-year ordeal and two-year long trial process," Swift said.

Mueller has denied the claims. He filed a $3 million suit against the singer in September 2015, saying she ruined his career. Swift countersued Mueller for $1, accusing him of assault and battery.