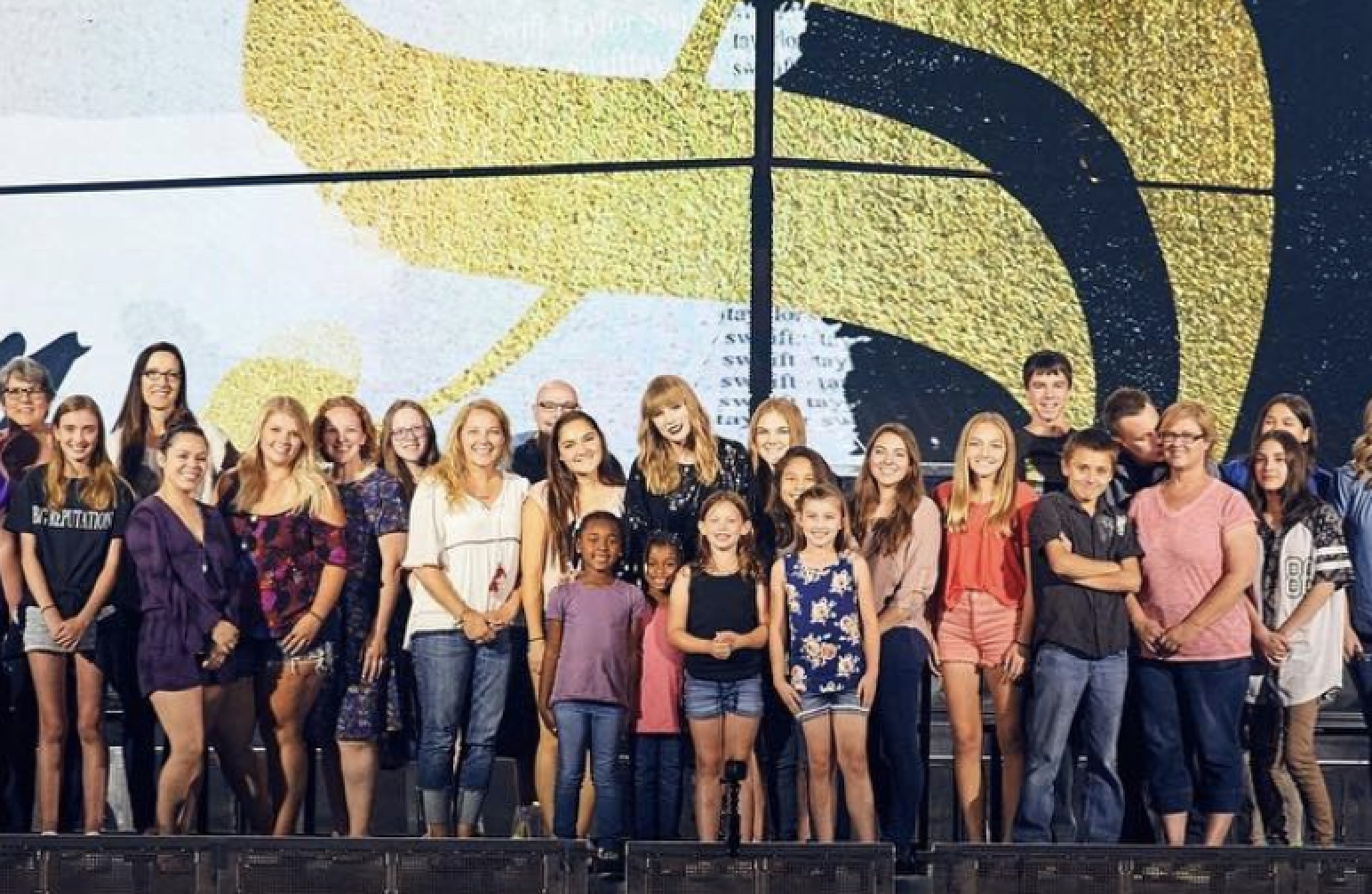 Taylor Swift's upcoming "Reputation" tour already has a good "reputation," before it even kicks off on May 8. Swift invited 2,000 foster and adopted kids from Arizona to see the concert earlier than everyone else.

The pop star filled University of Phoenix Stadium with the kids and their families on Saturday, the final day of her dress rehearsal.

Kelli Dillon, who has adopted a child and takes care of foster children, brought her kids to the special concert. "Not only did we meet her, we got to take a picture with her. She bought everybody pizza after the concert. We got to have desserts, hang out. And she performed her entire set for everybody," Dillon said.

Dillon said the "whole night felt like a dream," and took to Instagram to thank the singer "for shining a bright light in the lives of these kids and families."

"You know, us foster and adoptive families, we don't do what we do for attention. We don't do it for recognition," Dillon said. "But when somebody like Taylor Swift steps up and does what she did last night, I mean I don't even have the words for what it was."

"I don't think Taylor knows the magnitude of what she did for everyone there that night. Most in that audience have walked some terrible roads in their lifetime, so for those kids (and foster families) to be able to escape for one night like we did was unreal," the mother of three told CBS News. "We will never forget that moment!"

Another mother, who just finalized the adoption of her twelfth child last month, said the night was amazing for her family.

She posted photos of her kids with Swift on social media, and told CBS News her kids wrote thank you cards to the pop star. The mother said that Swift's dad, who they met at the concert, promised to hand deliver the notes to her and gave each of her kids a guitar pick.